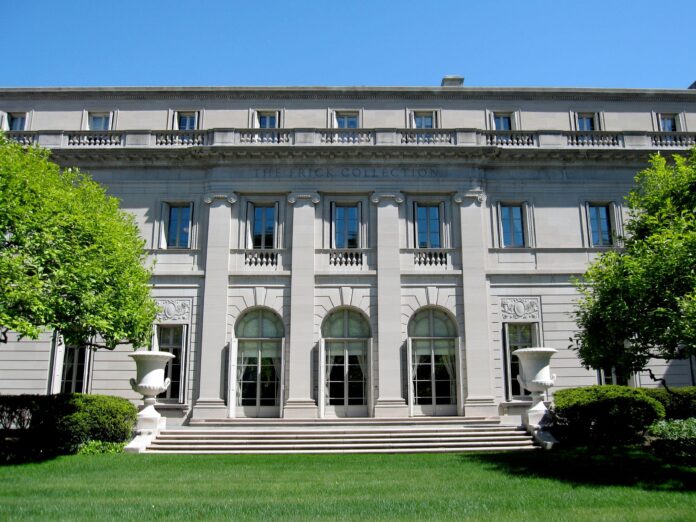 As an increasing number of museums in New York and nationwide implement employment programmes for people with disabilities, the Frick Collection in New York has been honoured with the Sapolin Accessibility Award for Employment, an annual award that recognises private and public organisations working to enhance the inclusion of people with disabilities in the workplace.

The merit was presented by New York City mayor Eric Adams to Dana Winfield, the chief human resources officer of the Frick, in a ceremony on 26 July at Gracie Mansion, which coincided with the 32nd anniversary of the enactment of the Americans with Disabilities Act. The law, signed by the former US president George H.W. Bush, prohibits discrimination against individuals with physical and mental impairments.

Winfield tells The Art Newspaper that the Frick has worked to employ people with disabilities “as a way for the institution to give back to the community and broaden all of our horizons”, she says. “We want our staff group to reflect all the communities we want to engage.”

Winfield adds that the Frick’s efforts “are sort of like dropping a pebble in a puddle”, and that the museum’s actions constitute “very small changes that have impacted so many people in a positive way”.

The award recognises efforts across several categories and is named after Matthew Sapolin, New York’s first commissioner of the Mayor’s Office for People with Disabilities (MOPD). While the Frick is the first museum in New York to be honoured by the MOPD for the employment category of the prize, last year, the Whitney Museum of American Art received its Public Service Award.

“Many arts and cultural organisations are reaching out to us to help with their workforce and staffing needs,” says Martha Jackson, the acting commissioner of MOPD.

She adds, “We believe they have come to understand what we have known for some time—that in hiring, disability is diversity. And most employees who identify as having a disability are responsible, reliable, trustworthy and determined to succeed. We all eventually learn that at work, it’s what we can do that matters.”