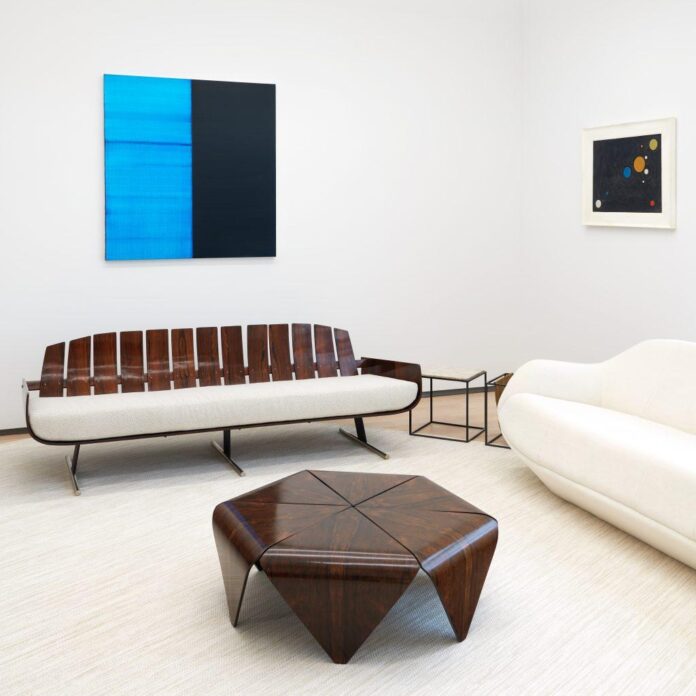 The exhibition “Zalszupin 100” at Sean Kelly Gallery in Los Angeles celebrates the late Polish-Brazilian designer Jorge Zalszupin on what would have been a centenary on earth. A pioneer of Brazilian Modernism, Zalszupin died in 2020, two years before turning 100.

Many of Zalszupin’s works on display have been procured from private collections. Over the last two years, the gallery painstakingly sourced the custom furniture that Zalszupin made for offices and homes across Brazil between the late 1950s and early ’70s. Some pieces belonged to Zalszupin’s loved ones like the Ina armchair, which he made for (and named after) his sister.

A prolific artist, Zalszupin worked as both an architect and furniture designer, ran one of the largest furniture factories in Brazil, and in his later years explored painting. His oeuvre is connected by his use of sensual lines, a Modernist sensibility, and an affinity for working with nontraditional materials and woods native to Brazil. Zalszupin’s work contains references to both global design trends and his own experiences, such as Tea Trolley, a bar cart inspired by the baby strollers he saw growing up in Poland. 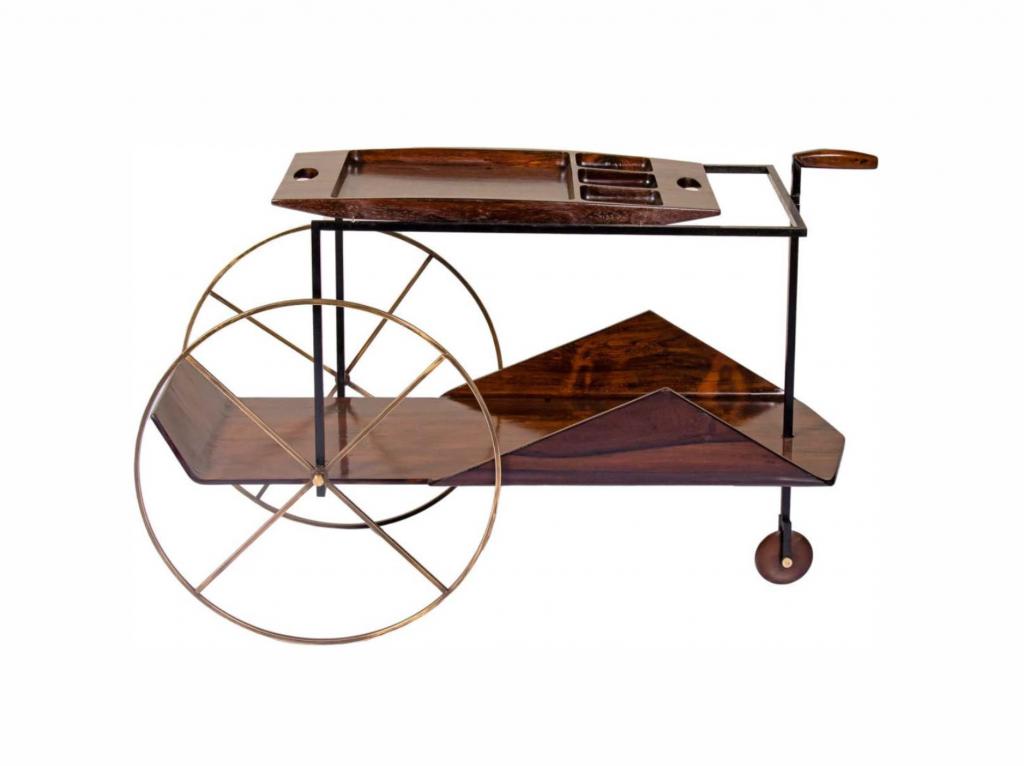 Jorge Zalszupin was born in Poland in 1922. During World War II, he fled Poland to study architecture and in 1949 made his way to Brazil, where he fell in love with the landscape and the architecture, and lived the rest of his life, becoming one of the definitive designers of Brazilian Modernism.

His foray into furniture design began soon after he launched his architecture practice in Brazil in 1951. Clients began requesting pieces to match the aesthetic of their buildings and Zalszupin was ready to meet their demand. In 1959, he created his first work of furniture—Poltrona Dinamarquesa, or Danish Chair. The seat’s curved wood frame and modern Scandinavian sensibility set the tone for Zalszupin’s prolific career. That same year he founded the L’Atelier, a small carpentry firm that grew into one of Brazil’s largest furniture manufacturers. 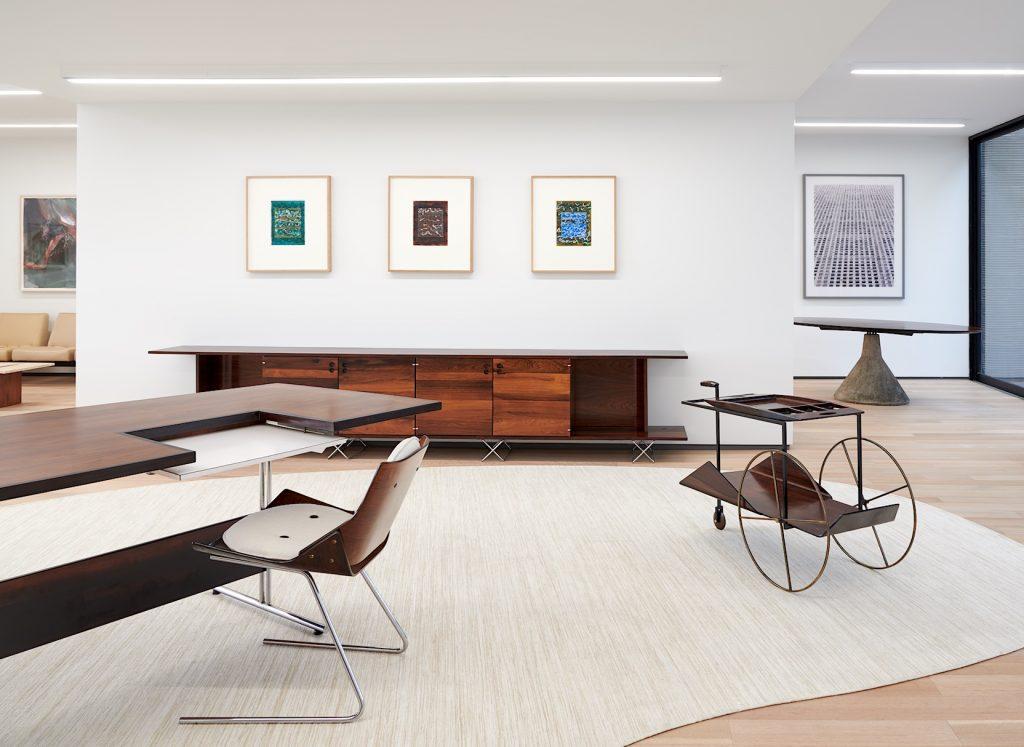 The country’s ban on imported goods inspired Zalszupin to think creatively about materials and techniques. Early on he developed a signature patchwork rosewood pattern that allowed him to use leftovers from other productions. He would cover the surface of a piece of furniture with rectangular scraps of rosewood in various shades and patterns.

While Zalszupin is known for his use of native Brazilian woods like jacaranda, rosewood, and ironwood, he also researched and experimented with new machinery and technology throughout his career including his plastic laminate series.

The U.S. Has Returned Its First Looted Antiquity to Palestine: A Disgraced Collector’s Iron-Age Spoon