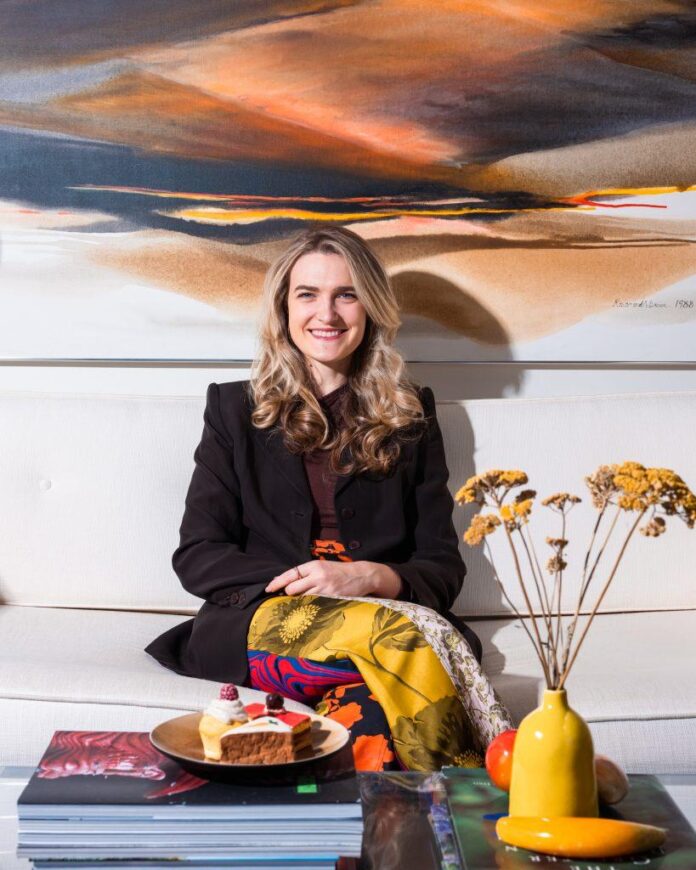 While the fortunes of digital collectibles continue to roil with every dip and surge of the crypto market, the fine art NFT space, as any Art Blocks holder will tell you, has held firm in terms of collector interest and appreciation. The proof is not just in the global art market share of NFTs or the institutional embrace of the medium, but in the burgeoning number of platforms vending blockchain art.

Tonic is the latest to enter the marketplace, promising “a safe and welcoming space” for crypto natives and newbies alike to discover and collect fine art NFTs. The gallery launches on January 26 with a kick-off call and backed by founding team of art world heavy-hitters.

Susannah Maybank, the former head of digital at Gagosian, and Mariam Naficy, the founder of NFT marketplace Minted, serve as Tonic’s CEO and chairman, respectively. Their founding partners are not limited to designers Yves Behar and Brigette Romanek, architect India Mahdavi, and venture capitalist Brit Morin. The head of Pace Verso, Ariel Hudes, has been installed on the board of directors. 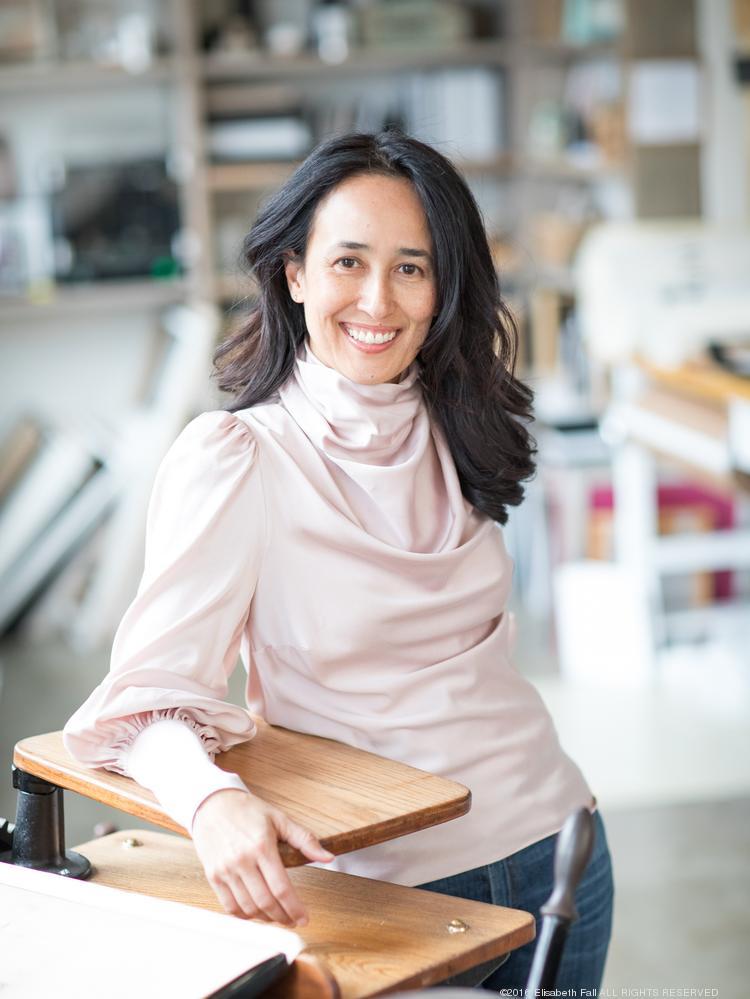 Such a diverse group, Maybank told Artnet News, is intended to capture varying a spectrum of perspectives and tastes in Tonic’s direction and curation.

“We have ongoing conversations with people from the traditional art world to people who are very embedded in the Web3 community,” she said. “It’s crowdsourced information; we want to make sure it is not just reflecting our own aesthetic choices, but that we represent a plurality of voices, and a diversity in artists and in aesthetics.”

While the platform is currently focused on generative art, Maybank added, “we are not militant in that distinction; we are definitely willing to talk to artists working in a range of mediums.” 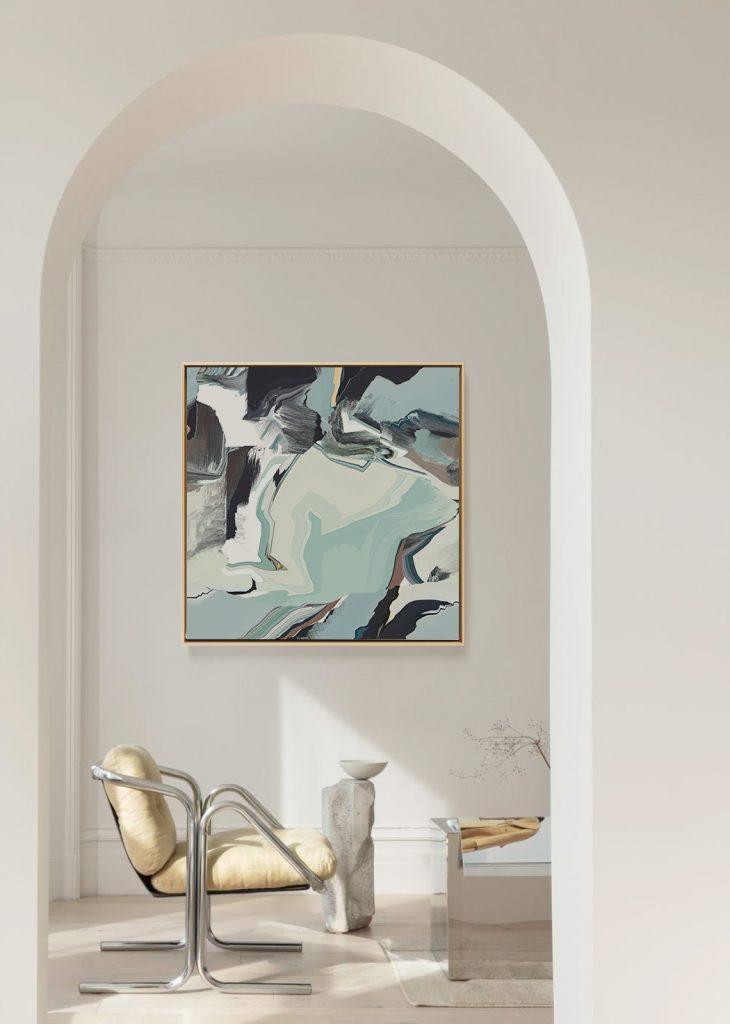 A print from by Jaime Derringer, depicted in situ. Photo courtesy of Tonic.

On January 31, Tonic will drop its genesis collection, a generative art series titled “Chromesthesia: Ascend” by artist Jaime Derringer (also Tonic’s head of community). To explore the experience of chromesthesia, wherein colors are evoked in response to auditory stimuli, Derringer has applied algorithmic disruptions, coded to mimic a MIDI controller, to her original works on paper and digital paintings. The results are pastel abstractions that, while A.I.-manipulated, retain a painterly depth and kineticism.

This handmade effect, according to Naficy, is key to Tonic’s broader project to bridge the digital and physical. To that end, each collection encompasses not just NFTs, but print editions. “We veered towards selecting artists who we thought showed evidence of the hand in their work,” she told Artnet News. “We felt that would print very well also.”

For Naficy, such hybrid releases might offer an effective on-ramp for more traditional Web2 collectors who are seeking a “physicality” to their digital purchases. And it’s here that Maybank’s experience building out Gagosian’s online sales channels comes in handy.

“A very flat image doesn’t always get at the truth and the root of the art,” she said, describing an insight she gleaned in her previous role. “It’s about getting the artists to tell their stories and getting them on video, but also putting that image in an in situ place so that collectors can see it in their home and understand what it might be like to live with it.”

Tonic plans to further ease Web3 transactions with credit card payments, a provisional wallet service, and a white-glove concierge to hand-hold newcomers to the space. 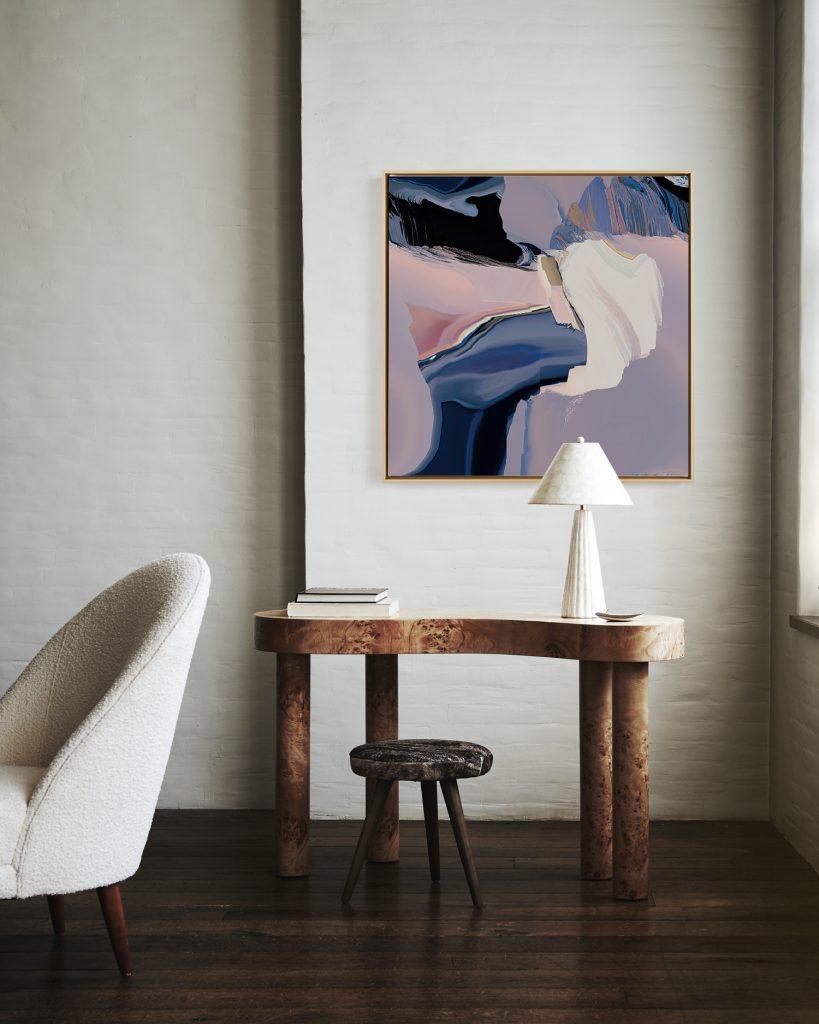 A print from by Jaime Derringer, depicted in situ. Photo courtesy of Christiane Lemieux.

In its aim and audience, Tonic joins a crowd of other NFT platforms, from Pace Verso to Particle, hoping to onboard traditional collectors. But Naficy also recognizes the potential to convert NFT buyers into art collectors—the fine art NFT segment, she points out, having grown to $1.3 billion in sales in the first three-quarters of 2022.

“I think there’s been a lot of momentum in this sector around new collectors, and just engagement and excitement in this part of the market,” she said.

Community engagement and education, both cornerstones of Tonic’s offering, will be vital to such an effort, said Naficy—for collectors to not just learn about crypto art and artists, but to get acquainted with fellow collectors. “It’s supposed to be a pretty social experience,” she noted.

“The growth of a new generation of art collectors is really important actually. We see the potential of accelerating the onboarding of new people into believing in art and actually collecting art,” she added. “So new generations, new collectors.”

The Long Arm of Chinese Censorship Has Reached Europe, Forcing Artists and Institutions to Watch What They Say Against Beijing

The first-ever IntellectualProperty NFT-license was sold!