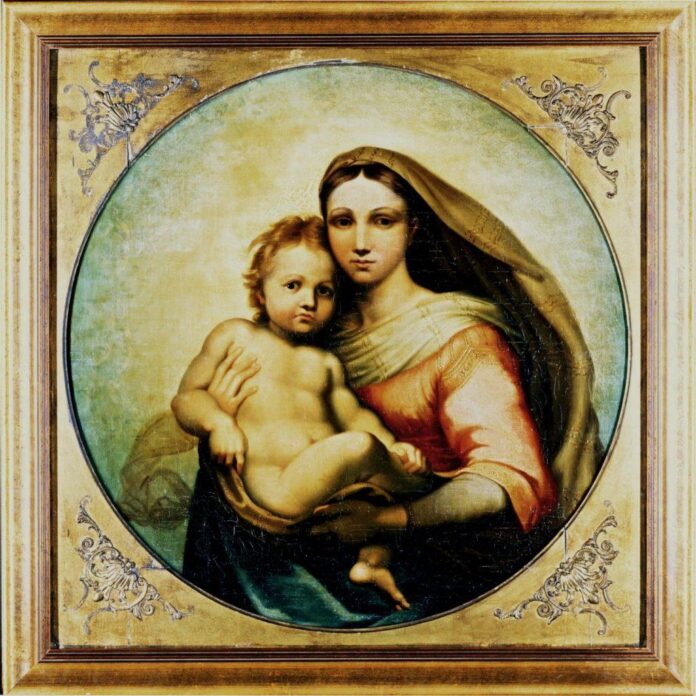 There appears to be a new painting by the Italian Renaissance great Raphael, and we have an unusual source to thank: facial recognition technology.

Based on the close similarities of the face of the Madonna in the previously unattributed de Brécy Tondo and Raphael’s , a research team from the University of Nottingham and University of Bradford, both in the U.K., has determined that there is a 97 percent chance that the mysterious round painting, studied by scholars and art historians for decades, is the work of the famed Old Master, reports the BBC.

A deep neural network, trained by machine learning to process data in a layered structure, conducted a direct facial comparison of the two paintings, finding a high statistical probability that a single artist created both works. The two Madonnas were found to have a 97 percent similarity, with an 86 percent similarity for the baby Jesus. The researchers claim that a similarity of 75 percent or higher is considered identical.

“Looking at the faces with the human eye shows an obvious similarity, but the computer can see far more deeply than we can, in thousands of dimensions, to pixel-level,” Ugail said in a statement. “My fellow co-authors and I have concluded identical models were used for both paintings and they are undoubtedly by the same artist.”

The de Brécy Tondo painting compared to a detail from Raphael’s . Courtesy of the de Brécy Trust.

Using facial recognition and other forms of machine learning could prove a powerful tool in art authentication.

“Technology can reveal things that have been hidden,” Adam Lowe, director of art and digital technology studio Factum Arte and founder of Factum Foundation, told Artnet News in an email. “I suspect studying the surface will prove to be more accurate than facial recognition. A painting is a representation, in this case the representation of a face—a three-dimensional form mediated through paint with a brush. There will always be stylistic traces, and pattern recognition softwares can help reveal these.”

Lowe has been working with machine learning to identify the signature traces of the way artists work paint onto the surface. “This used to be referred to as the artist’s style, but in reality, it’s information that is embedded within the surface of a painting,” he said. 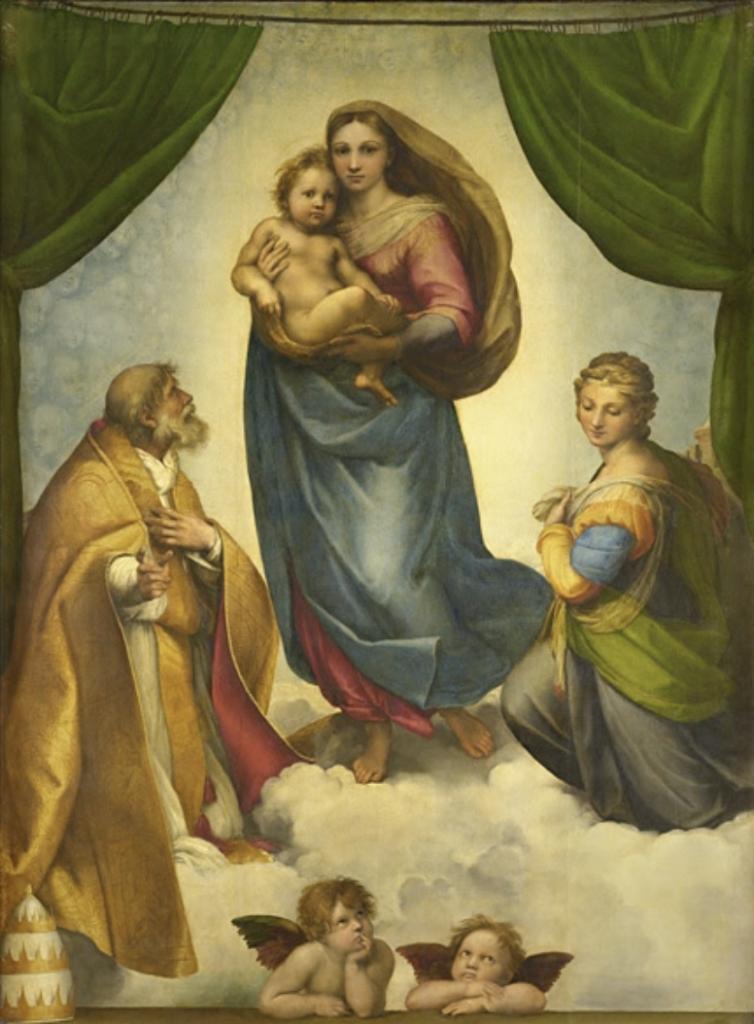 Raphael, (1512–13). Collection of the Gemäldegalerie Alte Meister at the Dresden State Art Museums.

The A.I. analysis of the de Brécy Tondo adds more support to the late British art collector George Lester Winward’s long-held conviction that the painting, which he purchased at a country-house sale in England in 1981, is a lost Raphael masterpiece.

The Gemäldegalerie Alte Meister at the Dresden State Art Museums, which owns the —actually best known for its two , or baby angels, at the bottom of the canvas—had previously determined that the lookalike de Brécy Tondo was a much later copy of the original work, perhaps from the Victorian era.

The new findings add to conclusions from other studies on the painting carried out through Winward’s De Brécy Trust, including scanning electron microscopy and raman spectroscopy that found that its material make-up was consistent with that of a Renaissance-era painting.

The research is being published in an academic paper, “Deep Facial Features for Analyzing Artistic Depictions,” and were announced in a presentation at December’s Conference on Software, Knowledge, Information Management, and Applications at the Cambodia University of Technology and Science in Phnom Penh.

Maya Picasso, daughter of artist Pablo and important archivist of her father’s legacy, has died, aged 87