Home News Gerhard Richter Blurs More Than Images in These Highlights From Our Current... 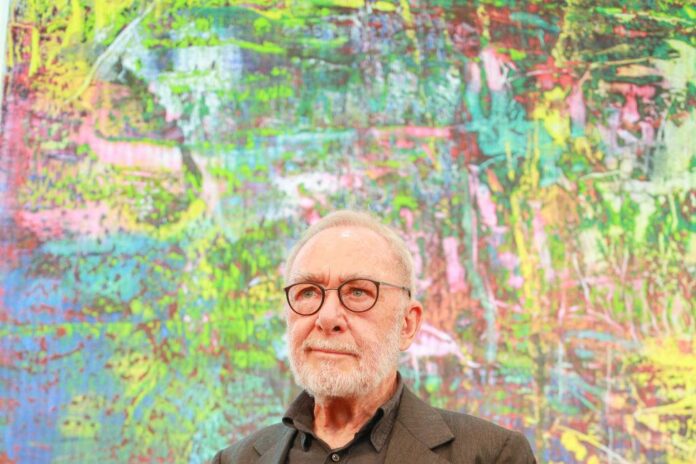 Considered one of the most influential living German artists, and a seminal figure within postwar art, Gerhard Richter’s experiments in abstraction and photo-based media have cemented his place in the canon of art history. Richter’s work often blurs the distinction between mediums, whether that be photography, painting, prints, or others. Culling from his vast image archive, which is known as his “atlas,” Richter’s works reference a vast array of different types of images and image sources, such as of his daughter Betty, flickering candles, aerial photographs, portraits of criminals, and pastoral landscapes, to name just a few.

Richter was born in 1932 in Dresden during the rise of the Nazi regime. After World War II, he lived in East Germany under Communist Soviet rule. During this time, Richter learned to produce highly realistic murals in the style of socialist realism. In 1961, he fled to West Germany, where he studied at the Kunstakademie Düsseldorf alongside other students—including Sigmar Polke, Konrad Lueg, and Blinky Palermo—and began creating his signature blurred photo-paintings. These works explore the conflicting nature of an image’s formal elements and its content.

Richter’s work figures prominently in major international museums and collections worldwide, and this year, his 90th birthday was marked by three exhibitions across Germany. Currently, three of Richter’s works are available in Winter Editions on Artnet Auctions. 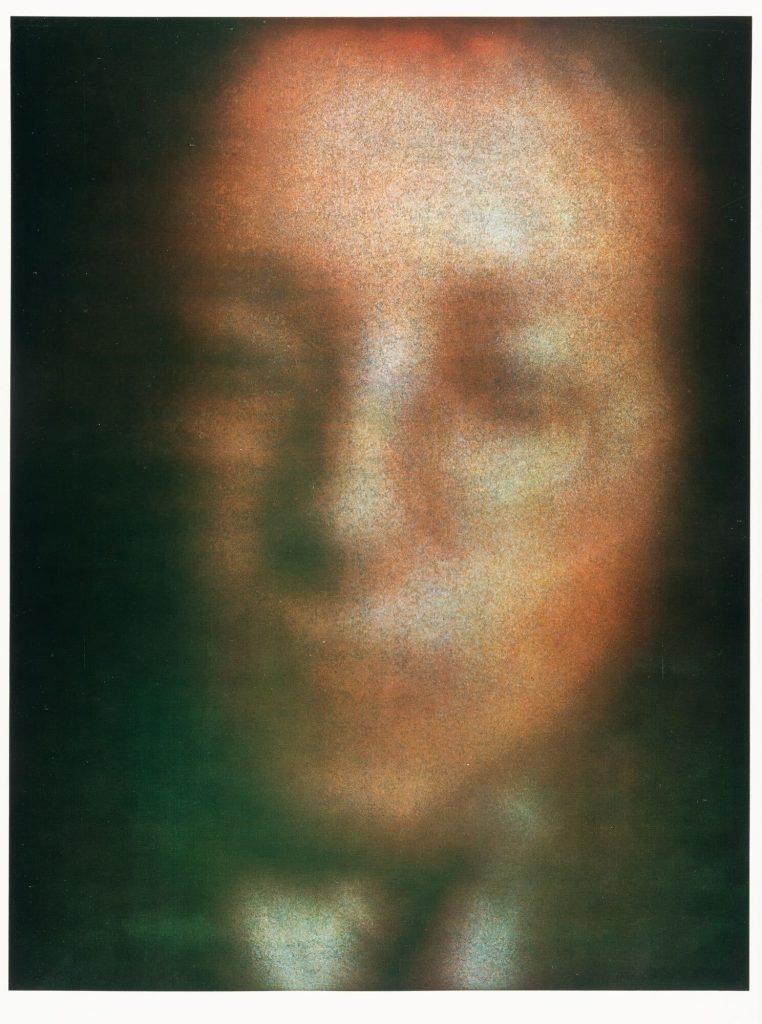 In the early 1960s, Richter began to create large-scale photorealist copies of photographs rendered with his innovative blurring effect (sometimes termed “photographic impressionism”), wherein portions of his compositions appear smeared or softened—paradoxically reproducing photographic effects while simultaneously revealing his painterly hand. An example of this technique can be found in from 1970. The work features the portrait of famed art dealer and one of the founders of the Dia Art Foundation, Heiner Friedrich. The original photograph on which it is based was taken by Brigid Polk, an artist and a close friend of Andy Warhol. 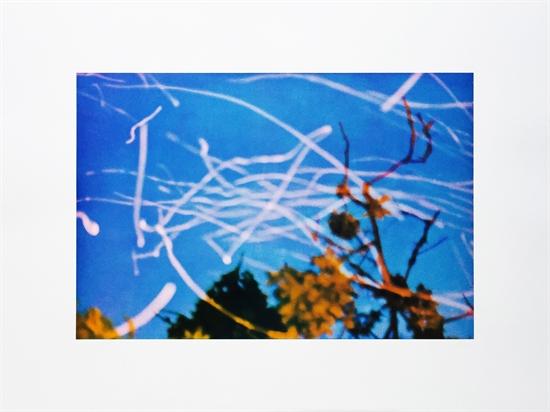 Another example of Richter’s use of both photographic source material in combination with his hallmark blurring method in the auction is (1970). The German title of the work translates to the English word for “sparks,” an apt title as the image was taken from a photograph of a campfire. The subject of the work is not immediately apparent, but the title offers a clue. The perspective is uniquely photographic, but Richter’s artistic interpretation of the content makes it seem foreign and new. 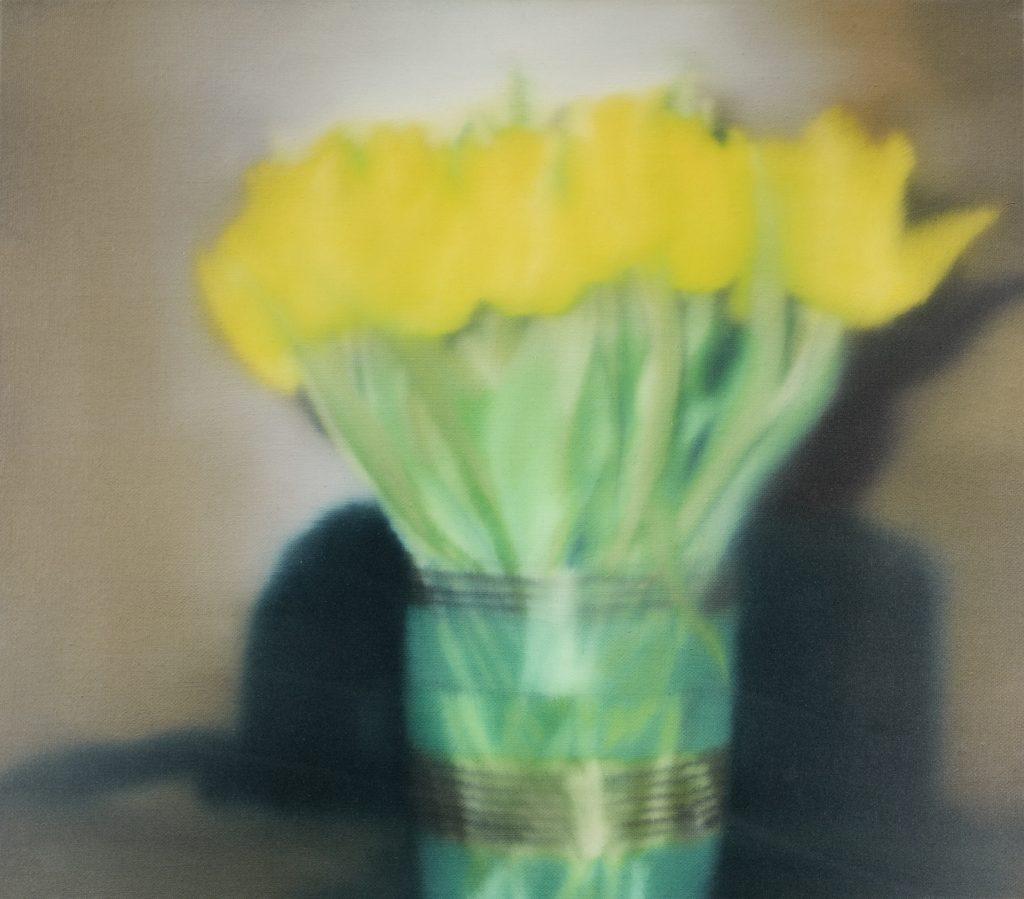 This chromogenic work by Richter is part of an ongoing series of prints by the artist that are denoted with an identifying “P” number—as in (2017). Some images from this series have been altered slightly, while others represent paintings that no longer exist. The present work is based on Richter’s 1995 , which similarly depicts a hazy bunch of yellow tulips against a nondescript background.

All three of these works are exemplary of Richter’s artistic style, and illustrate his ability to deftly adjust the degree of blurriness in his paintings, as if his hand as a painter were itself a lens. These alterations to photographic originals convey the artist’s unique creative vision and offer the opportunity to reflect on and consider the boundaries of artistic mediums, as well as connect with deeper themes of history, memory, and mental states.