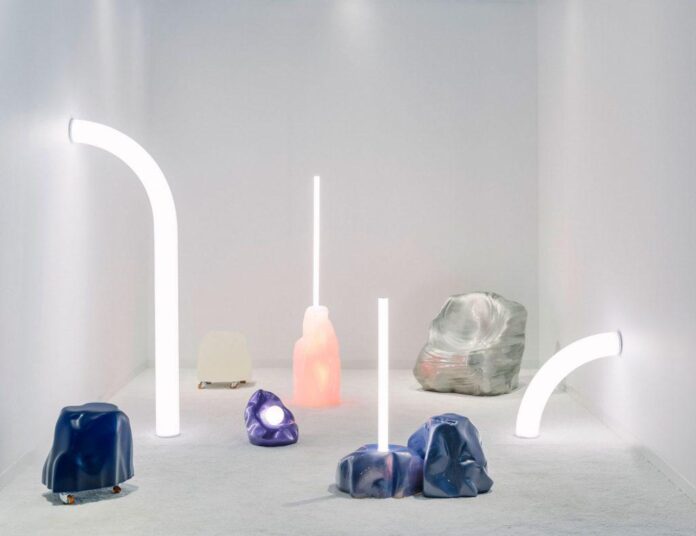 Chairs, chairs everywhere, but not a place to sit. The Design Miami fair opened across the street from Miami Art Basel and runs concurrently with it, until December 4. The theme is “The Golden Age: Looking to the Future.” But, per usual, the exhibitors were mostly like, ‘This our vibe, here’s our cool shit.’ There were some great pieces and designers to discover. We left dragging nine couches we couldn’t say no to!

The attendees’ conversation was still all about Balenciaga, except maybe the nuances shifted a bit. In addition to furniture and objets d’art, there were melted disco balls, $100,000 marble pong pong tables, hit-or-miss brand activations, and some really fab stuff. We perused and chatted to some of the makers and rounded up some of the matter that caught our eye.

The Brooklyn- and Greece-based Objects of Common Interest booth (a collaboration with Milan’s Mr. Lawrence) had a lot of complex ideas behind it, but it also hits you on a simplistic, visceral personal level. At a moment’s glance you shift your adult goals and think, Yes, I need a carpeted asteroid chill-out room with tubular lights cascading from the walls and I need to scoot around on wheeled amorphous shapes. Score. Sometimes a booth can really move you. And so can colorful steel storage! 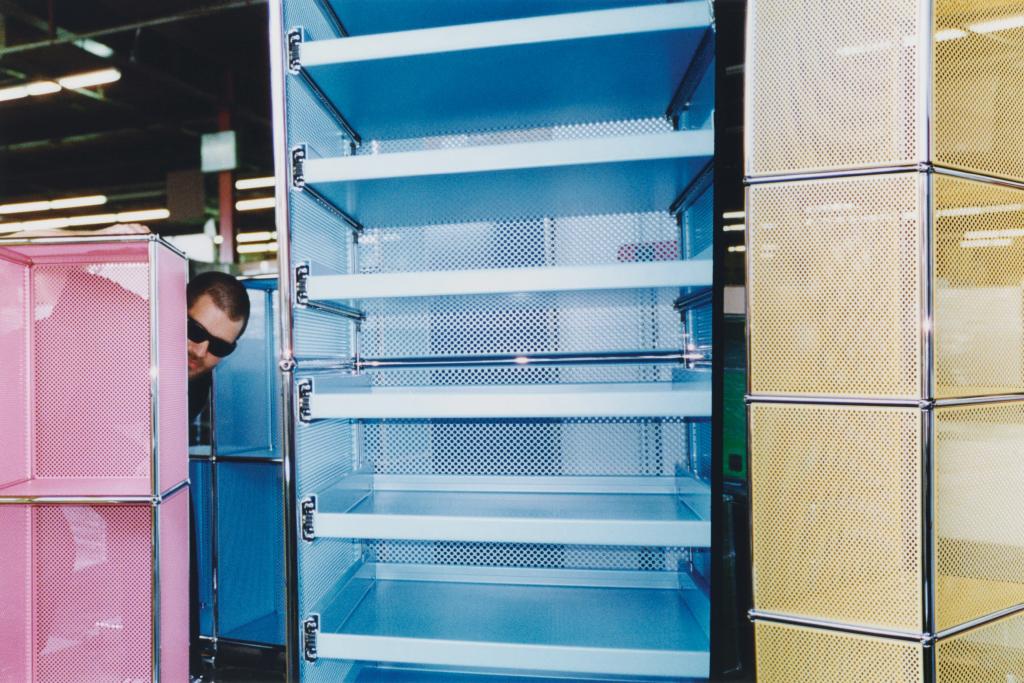 Architecture periodical Pin-Up’s new platform Pin-Up Home presented its first project, by Ben Ganz. “It’s about the vibrancy New York has for me,” said the Swiss designer who happens to be the magazine’s art director as well. His take on his fellow countrymen’s iconic designs was perforated pastel perfection. “I wanted to bring lightness into them. Overall it feels a bit more translucent and airy,” he added. 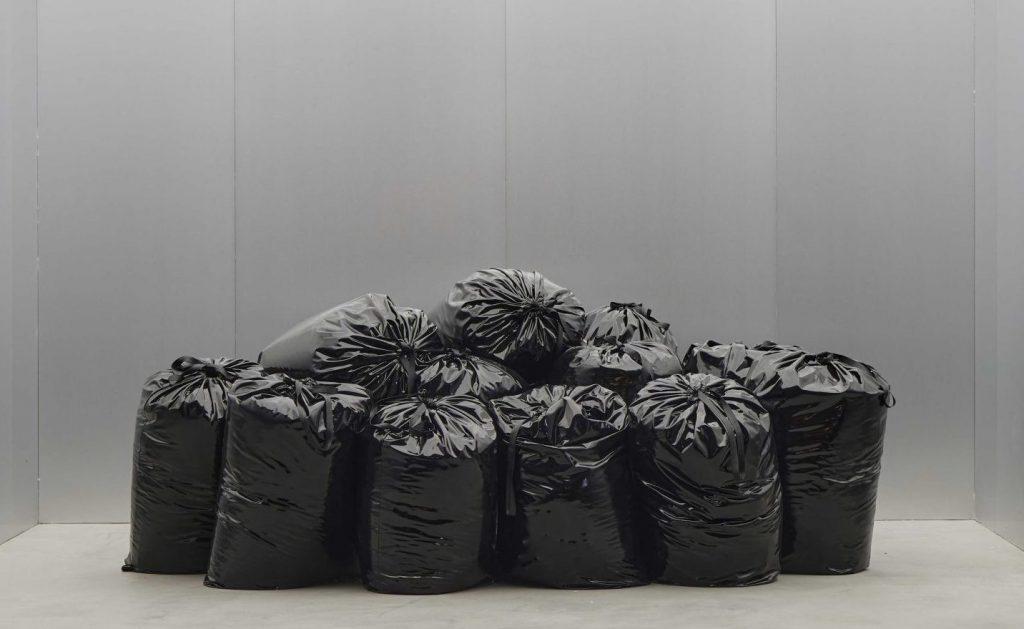 A lot of the stuff was fabulous, while some looked like garbage—on purpose. Harry Nuriev was serving trash with a buzzy couch that looked like a heap of Hefty bags. You don’t have to worry about spills, and it sure is a conversation piece, although it doesn’t necessarily look inviting.

But you know what does? The gleaming majesty of Mark Grattan‘s sexy bed! 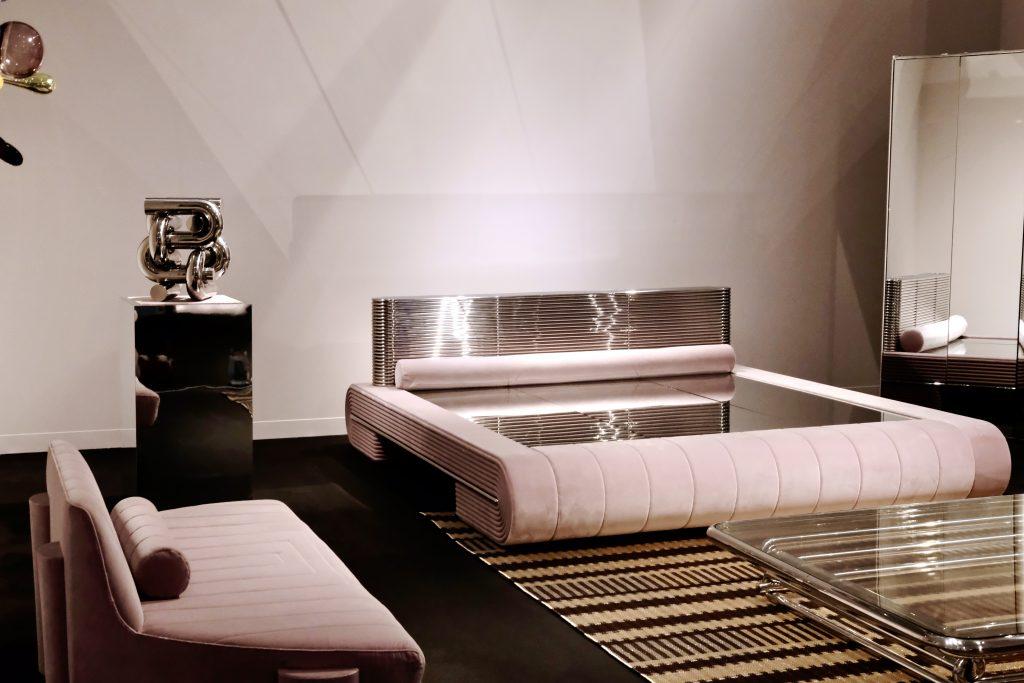 Grattan, who was on hand to explain—while pointing out that his shiny nail polish matched the chrome headboard—knows it’s hot to trot. “There is an original version, but this one is a reintroduction to who I am as a designer,” he said. “I was in a relationship that I got out of. I’m reclaiming my work, reclaiming my aesthetic, reclaiming my vision. I’ve taken some of my most iconic pieces and turned the volume up to ten. I’ve changed material application, I’ve changed the language around the piece, and this is the result.” 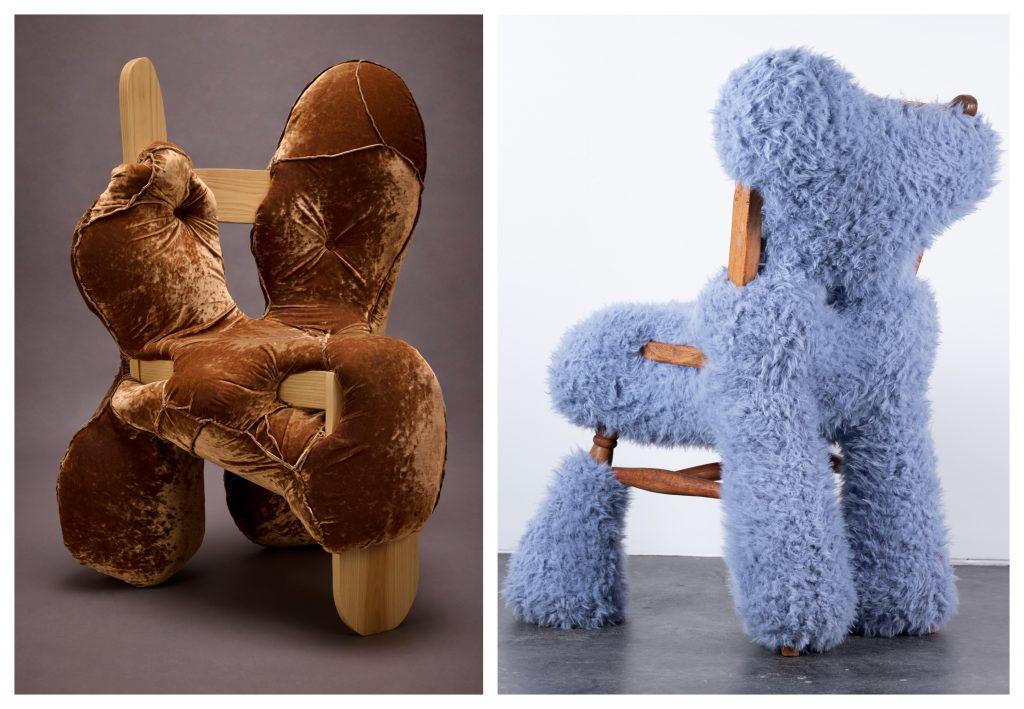 A chair from the G Plan Fan Club by Charlotte Kingsnorth dining set and her . Courtesy of Charlotte Objective Gallery.

Charlotte Kingsnorth‘s luxurious dining chairs are studies in clever shapes, as well as odd and inviting textures. They’re also upcycled and begin as vintage chairs that she repurposes and morphs. “It’s really drawing the character out of a chair,” she said. “I don’t work with just any chair. they have to have some soul to them. I like the idea that I’m reincarnating them.”

Speaking of chairs, Chris Wolston‘s has it all: wicker, stitched metallic leather, ball feet, white upholstery. Clashing colors, textures, and ideas. It shouldn’t all go together, but it so sublimely does. He has a real lighthearted, sculptural take on materials and subject matter, and his broader work should be checked out.

After a long day of fair-going, what one really wants is to just kick back and put their heels up on the coffee table. But not on Audrey Large‘s breathtaking (limited-edition of three) piece. The functional sculpture is a result of digital manipulation and exploration, epitomizing what a lot of designers aim for. 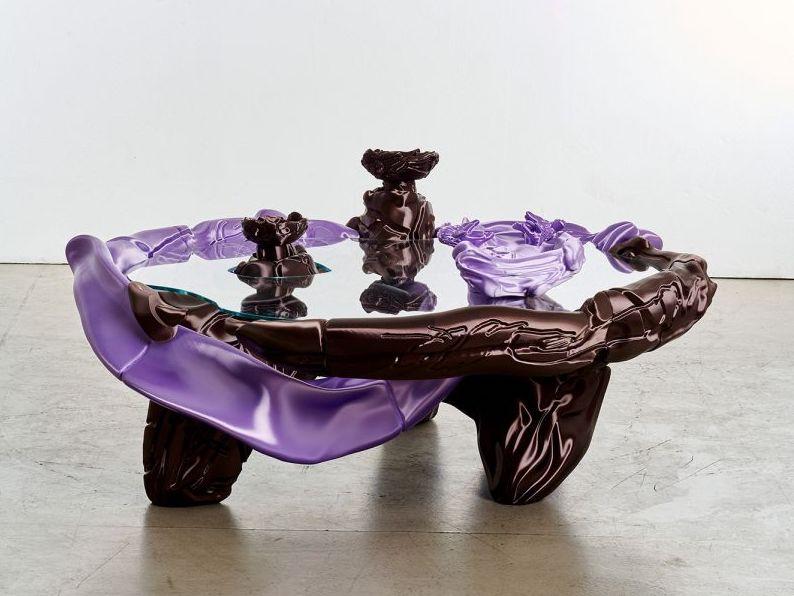 Audrey Large’s (with no prearranged limit or end) low table. Courtesy of Nilufar.