Home News A Historian Believes a Sketch Found in the Margins of a 15th-Century... 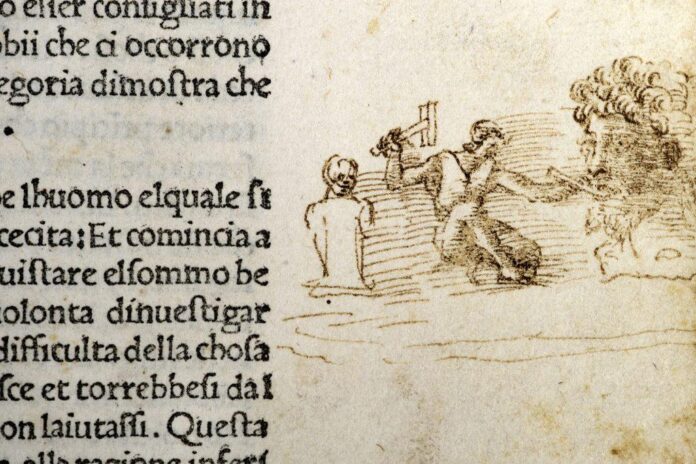 A piece of possible fan art offering a behind-the-scenes peek of a major Renaissance masterpiece in the making has been found in the margins of a 15th-century edition of Dante’s Divine Comedy. The drawing shows Michelangelo at work carving his famous statue of David, according to the British art critic and historian James Hall.

The discovery is revealed in Hall’s new book, The Artist’s Studio: A Cultural History (Thames & Hudson), which will be released on October 21 in the U.K. and January 10, 2023 in the U.S.

The art historian chose to research the sketch after seeing it for the first time at a lecture by Bill Sherman at the Warburg Institute in London. Upon closer study, Hall spotted a resemblance between the head being sculpted in the illustration and the finished heads from other statues by Michelangelo, such as St Paul and Peter, which he made for the altar in Siena Cathedral. 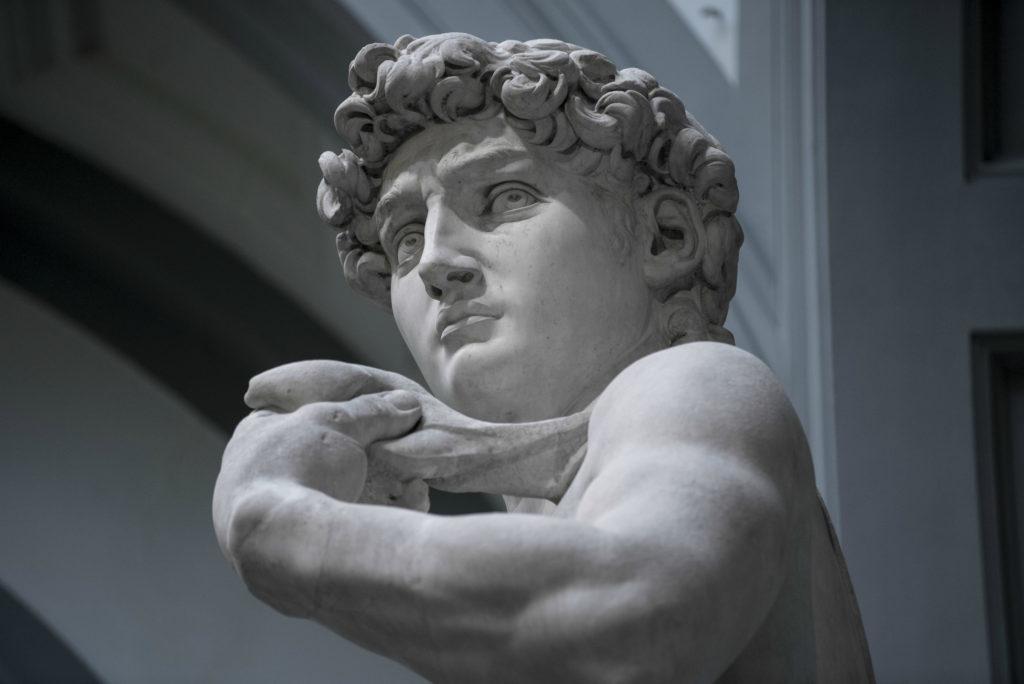 Hall has some idea why the depiction might have shown up in a copy of Dante’s epic poem. The sculpture is shown to be colossal in size and classical in appearance compared to a small, featureless statuette to the side. He believes the act of creating such a masterpiece refers not only to Michelangelo’s historic contributions to Renaissance art but is also a metaphor for Dante’s brave decision in Inferno to journey through Hell.

Emphasizing the significance of this new discovery, Hall told The Art Newspaper: “You don’t usually get something that looks naturalistic and human which is telling an extremely interesting story, illustrating a simile in Dante.”

It is not known who produced the sketch, which could have easily been by an artist or an amateur. It is one of many annotations that have been made in the book, in a range of styles over several years.