Home News How a Scandal in the Record-Collecting Industry Illuminates Why the Art Trade... 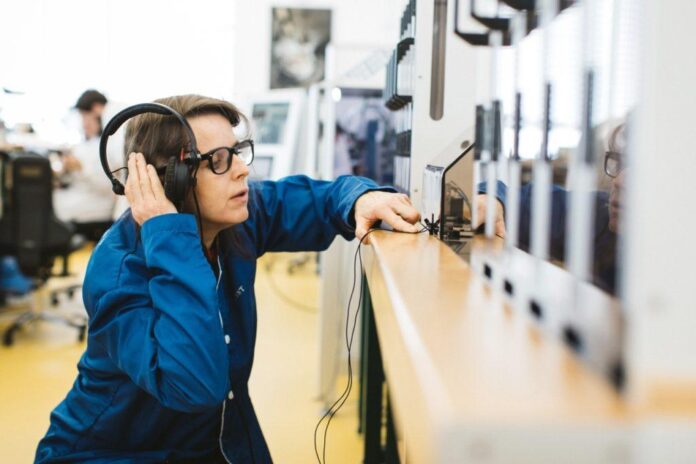 This week, a parable of fact, fiction, and inflexibility in the arts…

Last month, a scandal in the niche world of audiophiles laid bare a lesson with equal relevance here in the niche world of art professionals. With only a few weeks to go before the start of the fall art season (and all the major strategic decisions it will entail), the story is a timely reminder of how to avoid falling headfirst into a trap that has left several figures in the record trade looking foolish—and perhaps in position to lose millions of dollars’ worth of business—for the sake of propping up an old myth.

The controversy centers on Mobile Fidelity, the California-based producer of some of the best-sounding, highest-priced, and most sought-after vinyl reissues on the market. MoFi (as audiophiles call the company) specializes in optimizing classic American albums from multiple genres, ranging from Marvin Gaye’s to Carole King’s to Thelonius Monk’s . That specialty is becoming paradoxically lucrative in the music-streaming era: last year, vinyl sales cracked $1 billion in the U.S. for the first time since 1986, according to data from the Recording Industry Association of America.

In the competitive market of vinyl reissues, MoFi’s killer innovation has been its One-Steps, a proprietary line of records said to capture a sound richer, cleaner, and closer to each artist’s master recording than anything made by rival companies. The key, MoFi and its fans have long held, is that the audio engineers in charge of the One-Steps eliminate loss-causing components of the traditional production process, partly by rejecting digital technology of any kind. Opting out of digital processing equates to more than a minor selling point in the vinyl market; it’s something like pledging allegiance to one side in a bloodless (but still vicious) civil war. Geoff Edgers put it this way in the Washington Post:

“In the world of audiophiles—where provenance is everything and the quest is to get as close to the sound of an album’s original recording as possible—digital is considered almost unholy. And using digital while claiming not to is the gravest sin a manufacturer can commit.”

No surprise, then, that One-Steps have become serious collector’s items among vinyl heads.

MoFi has historically cut each album in limited editions of 7,500 copies or fewer, and the pressings have sold out almost instantly at prices between $99.99 and $125 a pop. Individual One-Steps now go for many multiples of their primary prices on the secondary market. For example, at publication time, the One-Step of Carlos Santana’s  boasted a median sale price of $2,000 on audiophile website Discogs’s resale platform; the top-selling edition went for more than $2,816, close to the 3,000 percent returns that rapid resellers in the contemporary-art market chase like hellhounds during bull markets.

There’s only one problem: it turns out that MoFi’s One-Steps… um, do incorporate digital production, and almost always have.

After a dizzying series of events involving anonymously sourced claims voiced on YouTube, a complete breakdown in MoFi’s executive chain of communication, and an ill-advised yet utterly transparent factory visit granted to a nonjournalist, the company admitted to the Post last week that all but a single One-Step has been produced using high-level digitization of the analog masters.

The revelation “has thrown the audiophile community into something of an existential crisis,” Edgers writes. Perhaps most scandalous of all, MoFi’s executive vice president said that the company didn’t start incorporating digital processing to cut corners. Instead, they did it because the engineers found they could significantly enhance the audio quality beyond what was achievable otherwise. Multiple renowned voices in what I’ll call the “analog or death” audiophile community even unwittingly agreed with the choice, according to Edgers, by slotting various One-Step releases on their public lists of best-sounding records over the years.

All of which leads us to the arts, though maybe not in quite the way you might think. 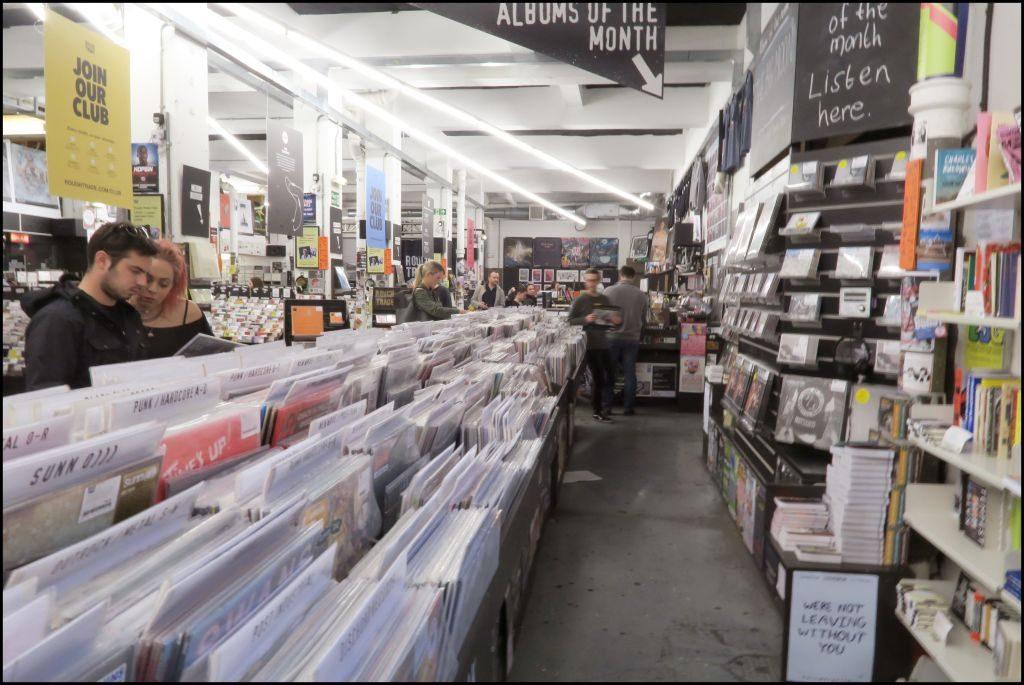 To me, the MoFi brouhaha spins out a lesson for the art trade much bigger than “be clear with your customers about what, exactly, you’re selling them.” To learn anything of lasting value from the scandal, the art establishment has to look beyond the specific analog-versus-digital-production conflict. Sure, there is plenty of built-in resistance to advanced tech in general and new-media artworks in particular over here. But I can’t recall hearing of any dealers or collectors so in thrall to the alleged superiority of manual production that they would blacklist paintings, drawings, or sculptures created with digital assistance, as MoFi’s One-Steps are.

In fact, several artists enjoying healthy market demand incorporate computers into making works in otherwise-traditional media: think of up-and-comer Aria Dean’s 3D-printed sculptures, lately acknowledged Venice Biennale star Vera Molnár’s plotter drawings, Petra Cortright’s so-called digital paintings (some of which are printed on aluminum or canvas), even David Hockney’s “iPad Drawings” and Jeff Koons’s robotically produced monuments to kitsch. The list is long. (It arguably stretches deeper into the past, too, depending on how much early computer technology was in play at the industrial fabricators contracted by various postwar American Minimalists on both coasts.)

Instead, the convergence between the art establishment and vinyl zealots takes place at a more elemental level. It’s about the tendency to cling to rigid narratives even as new developments change the facts that once made those narratives nonfiction. Although people fall back on this splintering crutch in every facet of 21st-century life, my sense is that members of the art world do it more faithfully than in nearly any other industry. It’s a cardinal reason that so many aspects of the business have taken so long to modernize, and that even much of the progress we’ve made has been against a rhetorical bombardment from entrenched interests. To paraphrase what one unusually malleable dealer told me, the irony is that an industry based on small-p progressive values tends to be so small-c conservative in its actions so much of the time. 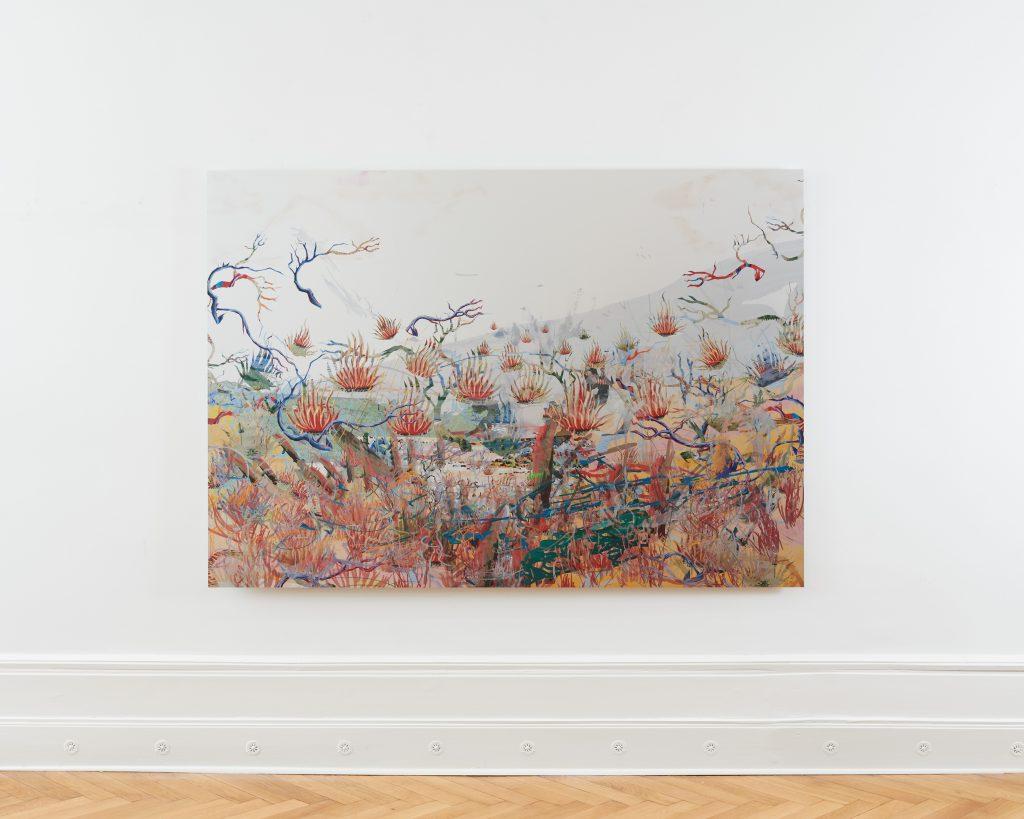 How can this be the case? We humans have a funny aptitude for deviating from our grand value systems when holding to them would trigger more risk than we’re ready to take on. The in-groups we form are comfortable. Status quo approaches have broad approval by definition. Changing our minds demands time and effort. So taking action on a new opinion often raises real stakes, especially if you work or play in a realm mostly defined by strong subjective judgments on matters with few other arbiters of right and wrong—a realm like, say, buying and selling collectibles.

Rather than update their priors in response to a changing world, then, too many decision-makers in every sector and level of the industry dig their heels into the same ideological ground they staked out long ago. Their stubbornness more often than not leaves them behind the curve on one business-critical shift after another: “All that dealers can sell online are modestly priced prints by big-name artists”… until competitors prove you wrong years before a global pandemic cements the lesson. “East Asian collectors really only care about East Asian artists”… until a generational change in taste reaches scale. “No true artist or estate would license artwork to make branded merchandise”… until even living blue-chippers and canonical greats do exactly that. “Auction houses and galleries are different types of sellers with different types of strengths”… until auction houses start acting more and more like galleries, and galleries start acting more and more like auction houses.

I could keep adding entries to this list by the dozen. And while it’s tempting to call the outmoded ideas “myths,” I don’t think that’s quite accurate. There used to be a point when each of these things actually was true, on the whole. But then things changed, and many people (including some very successful ones) were slow to recognize it because, to them, the issue had already been settled long ago. It’s no different than the way analog recordings really did used to sound better than digital ones, until new tech caught up to old audio standards, then ran right past them into new territory.

So the next time you find yourself falling back on a dependable art-world narrative, think back to MoFi’s One-Step scandal, and consider listening with fresh ears.

That’s all for this week. ‘Til next time, remember the words of long-ago humorist Josh Billings (not Mark Twain): it’s better to know nothing than to know what ain’t so.