Home News ‘I Had Never Seen Anything Like It Before’: Steve Martin on Becoming... 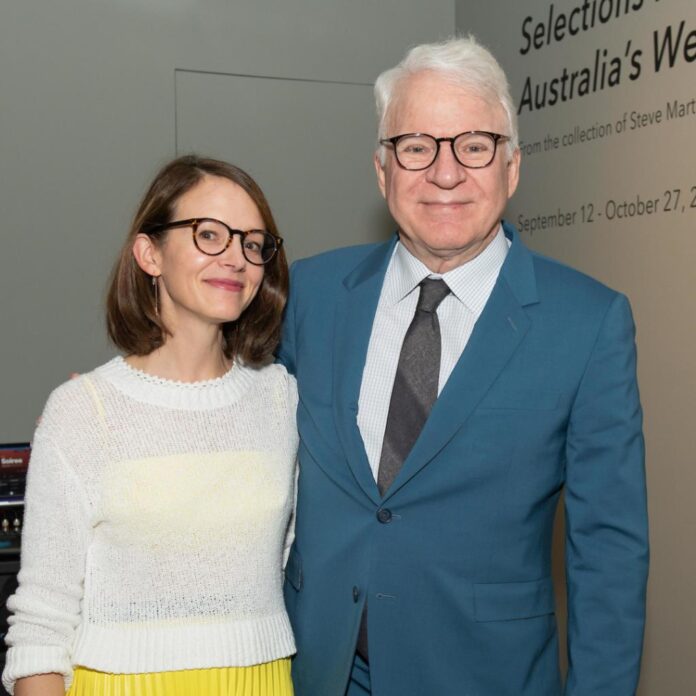 Steve Martin has been back in the headlines of late, thanks to his leading role in the hit Hulu comedy . But he also has a star turn this fall at the National Arts Club in New York, which is presenting a small but striking exhibition of Indigenous Australian art from the actor’s personal collection.

Titled “Selections from Australia’s Western Desert: From the Collection of Steve Martin and Anne Stringfield,” the show features six works from among the 50 or so contemporary paintings by Indigenous Australian artists that Martin has purchased with his wife since 2015.

The couple’s passion for this still rather obscure area of contemporary art got its start at Salon 94 on the Upper East Side, which at the time was presenting the first U.S. solo show for Warlimpirrnga Tjapaltjarri. Martin read about the show in the , and was immediately intrigued. “I got on my bicycle, and I went down, and I bought one,” he told Artnet News.

Martin, of course, had been collecting for years, starting out with a James Gale Tyler seascape he picked up at an antique store for $500 at age 21 and still owns; today, he estimated, it has dipped in value to $300. (Martin’s next acquisition, a print by Ed Ruscha of the Hollywood sign, has probably fared better over the years.)

The love affair with Indigenous Australian art, however, was something of a slow burn for Martin and Stringfield.

“We hung it, we loved it, but we didn’t really think about it for a few years. But there is a whole culture around these paintings, and slowly, through osmosis, I began to learn more and more,” he said. “The history of Indigenous painting only goes back to about 1970—before that it was sand painting, wall painting, carving, and this was the first time these images could be set down in a permanent way.”

Making lasting, portable works that could be sold was transformative for the Indigenous art community—and brought something brand new to the art world, a movement that became known as Desert Painting.

“I think it’s such a fascinating story,” Martin said. He also appreciated collecting in an area where there wasn’t a huge amount of established scholarship.

“It’s fun to have something to study, to try to understand, to apply your critical eye to without any outside pressure,” he added. “There’s not a lot of promotion about [these] artists. You just have to find it out yourself.”

Slowly but surely, Martin began buying more and more Indigenous art, even traveling with Stringfield to Australia. (Though they didn’t make it to the Outback, they visited a center where working artists create their paintings.) 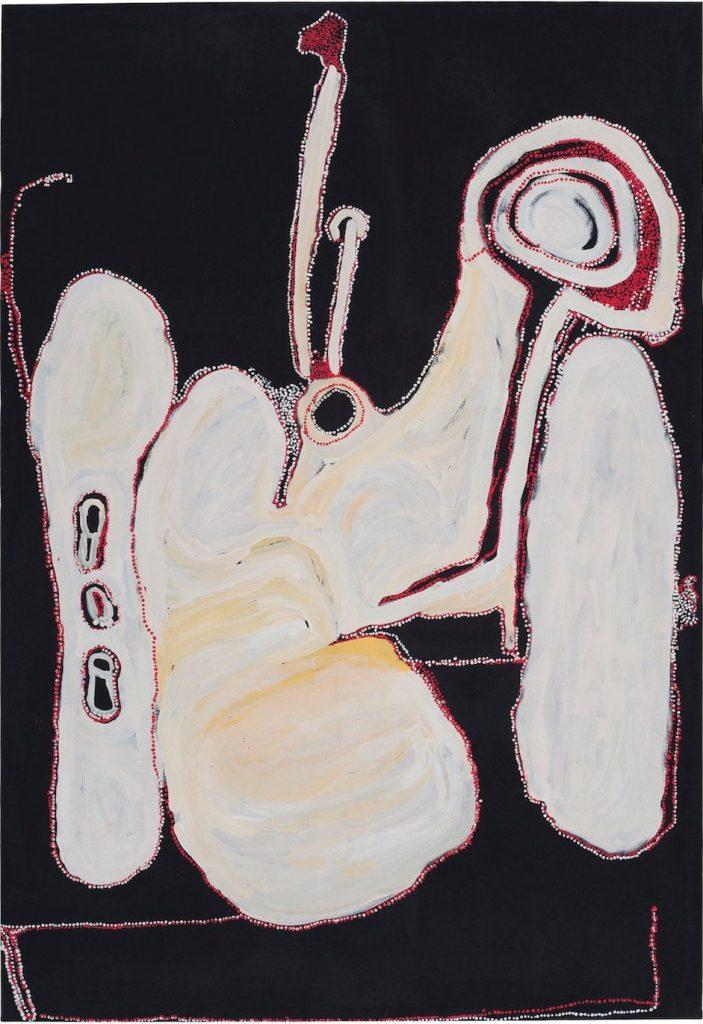 They also met Indigenous artist Yukultji Napangati when she visited New York a few years ago and had her over to dinner.

“She made my daughter a family member, which was quite an honor, and I played the banjo,” Martin said. “Yukultji is quite a historical figure. She was one of the Pintupi Nine, and came in from the Outback when she was 13—had never seen a white man, had never seen a car—and then became a notable painter.”

As Martin and Stringfield’s holdings in Indigenous art grew, so too did their desire to show them to the world. To start, Martin staged a small show at the Uovo storage facility in Queens for friends and family.

Word got out. Next came an outing at Gagosian—nothing for sale, of course—that showed in both New York and Los Angeles, and an exhibition at the Australian counsel residence in New York. (That showed paired Martin’s collection with works owned by John Wilkerson, whose collection focuses on smaller, earlier works on board, before Indigenous artists got access to canvases.)

These days, Martin and Stringfield are winding down their active collecting.

“Our indigenous art collection is pretty dense—there’s not much left to acquire. Right now, we are just having fun moving works around,” Martin said. “I love to rotate things. Every time you move a picture, it’s like getting a new picture. You see it anew.”

And of course, he loves seeing his collection on the walls of the National Arts Club, which is currently presenting works by Tjapaltjarri, Bill Whiskey Tjapaltjarri, Timo Hogan, Carlene West, and Doreen Reid Nakamarra.

“It’s an unpredictable melange of pictures. There’s some later ones—Timo Hogan is very contemporary,” Martin said, adding that “in the Australian Indigenous art world, a 50 year old is considered a young painter.” Hogan is 49.

“I’d like people to be able to see the National Arts Club show because it’s very, very unusual,” he added. “And I hope they have the same experience I did—I had never seen anything like it before.”

Young, Green Collectors Are Driving the Art Market Explosion in South Korea. But Could a Growing Interest in Speculative Buying Be a Slippery Slope?