Home News In a ‘Once-in-a-Lifetime’ Discovery, Swedish Archaeologists Have Unearthed a Cache of Viking... 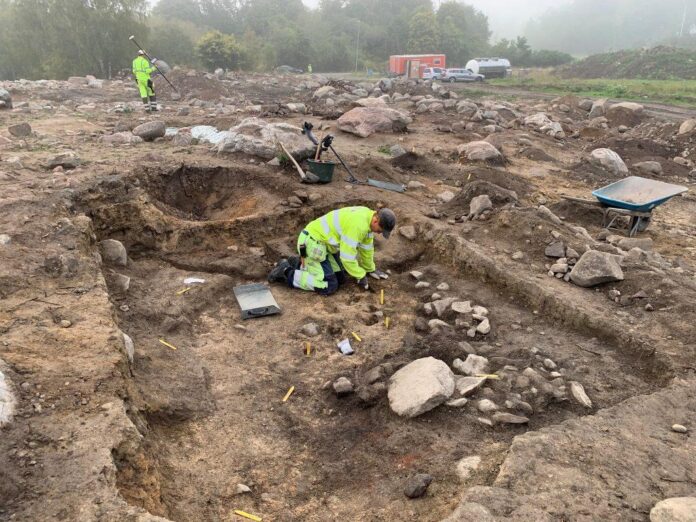 A hoard of Viking silver, described as a once-in-a-lifetime discovery by onsite archeologists, has been unearthed in Täby, a municipality north of Stockholm.

As the Archaeologists, a team of specialists under contract from Sweden’s National Historical Museums, dug beneath the decayed wooden floor of a building in a Viking Age settlement, they discovered a small ceramic pot. Inside lay eight neck rings, two arm rings, a finger ring, a pair of pearls, and 12 coin pendants deposited in a linen pouch.

The neck rings provoked particular excitement. Forged in the torque-style, a symbol of wealth and status for Viking men and women, the nearly 1,000-year-old rings were “extraordinarily well-preserved despite having been made and deposited almost a thousand years ago,” said Maria Lingström, the archeologist who removed them from the ground. “They looked almost completely new.” 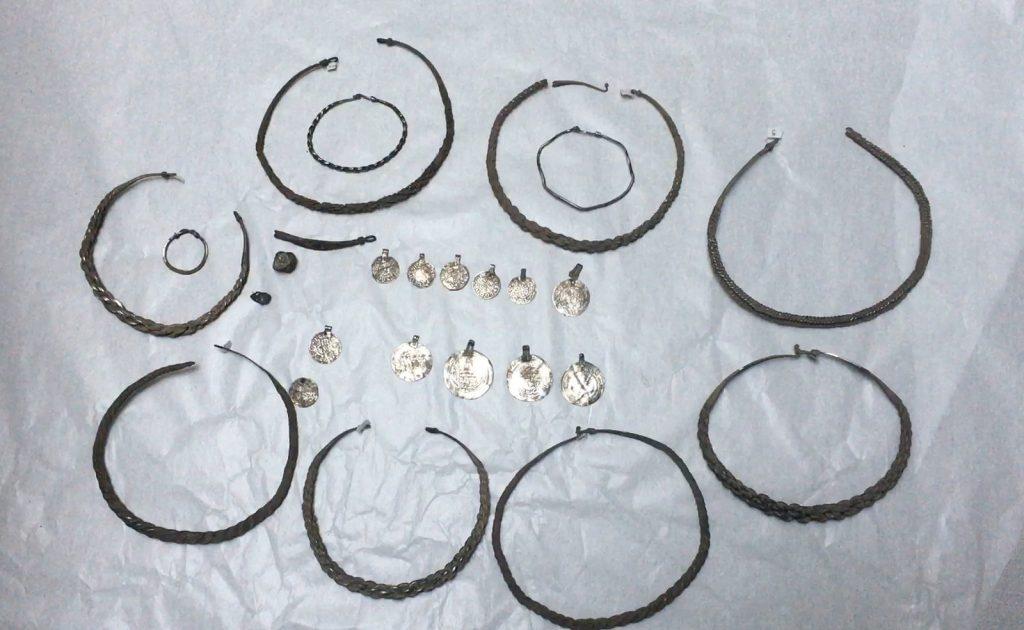 The find is part of a larger excavation taking place at a settlement that endured from 400 C.E. through the Viking Age (800–1050 C.E.) and into the Middle Ages. So far, the archaeologists have identified more than 20 houses and buildings, and dug up arrows, quern stones (used to grind down a range of materials), and amulet rings. This most recent discovery, however, is the team’s most eye-catching and potentially illuminating.

The hoard of coins evidences the international nature of commerce in Viking Age Scandinavia, and includes silver from England, Bohemia, Bavaria, as well as dirhams, a type of Arabic coinage. The collection makes up what the Archaeologists termed “a perfect example of [the era’s] far-reaching connections and blossoming trade.”

The cache also includes a 10th-century coin minted in Normandy, an area in northern France to which Vikings migrated in the early ninth-century, which had only ever previously been documented in an 18th-century book of drawings. 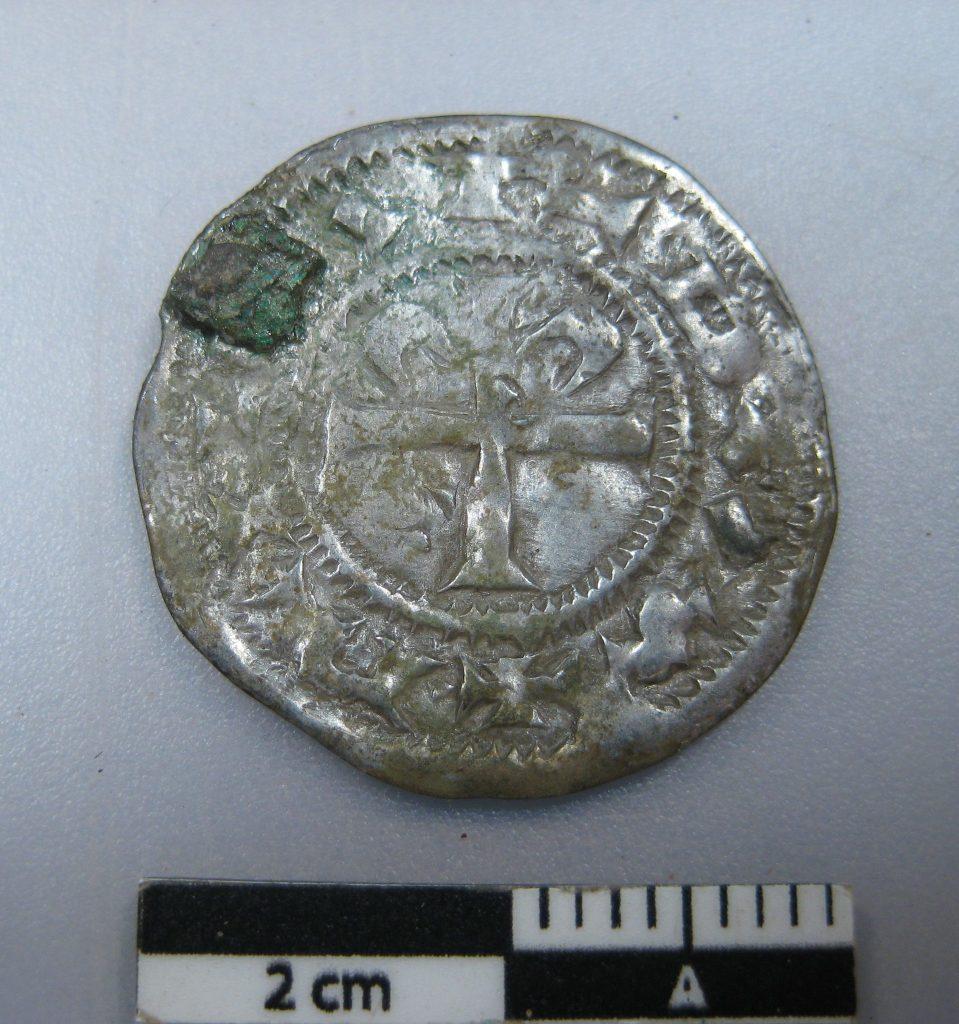 A coin from Normandy. Photo by Acta Konserveringscentrum AB.

Chief among the questions posed by the haul is why inhabitants would bury their most valuable possessions. “One common interpretation is that people buried their treasures in tumultuous times,” said one of the site’s project managers, John Hamilton. “We have yet to see if that was the case here.”

The artifacts have since been transferred to the Acta Konserveringscentrum, a conservatory company in Stockholm, to be cleaned and documented.