Home News Japan Boasts the World’s Third Largest Economy. So Why Does It Still... 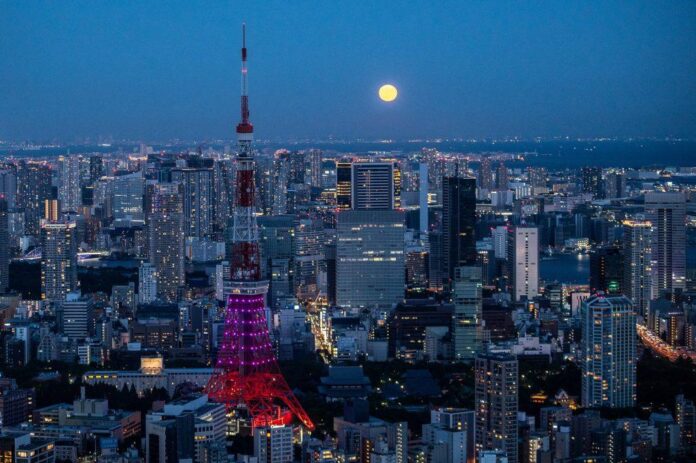 During Phillips London’s evening sale just weeks ago, bidders located in Asia continued to vigorously compete for works by ultra-contemporary artists. But rather than the usual suspects from Hong Kong and mainland China, who have been driving the market post-lockdown, a country that had fallen out of global art market radar for a long time made a quiet reappearance.

Nearly six years after Japanese billionaire entrepreneur Yusaku Maezawa revealed himself as the buyer of Jean-Michel Basquiat’s $57.3 million (1982) painting at a Christie’s New York sale in May 2016 and several other multi-million dollar works around the same time, more Japanese collectors are buying internationally. Japan, once one of the biggest buyers of prized western art until its economic bubble bust in the early 1990s, may be finding its way back after its lost decades.

The country’s local market appears to be growing, too, attested to by the success of the just-concluded debut of Art Week Tokyo, the prospect of a new fair next year in Tokyo Gendai, and the emergence of a younger generation of serious collectors.

“We are seeing growth in the number of collectors, especially around 30-50 years old in the contemporary art market,” Kyoko Hattori, Phillips’s regional director in Japan, told Artnet News. “Art collecting became a trend, which accelerated during Covid times. The market is looking optimistic as we have a burgeoning group of collectors.” 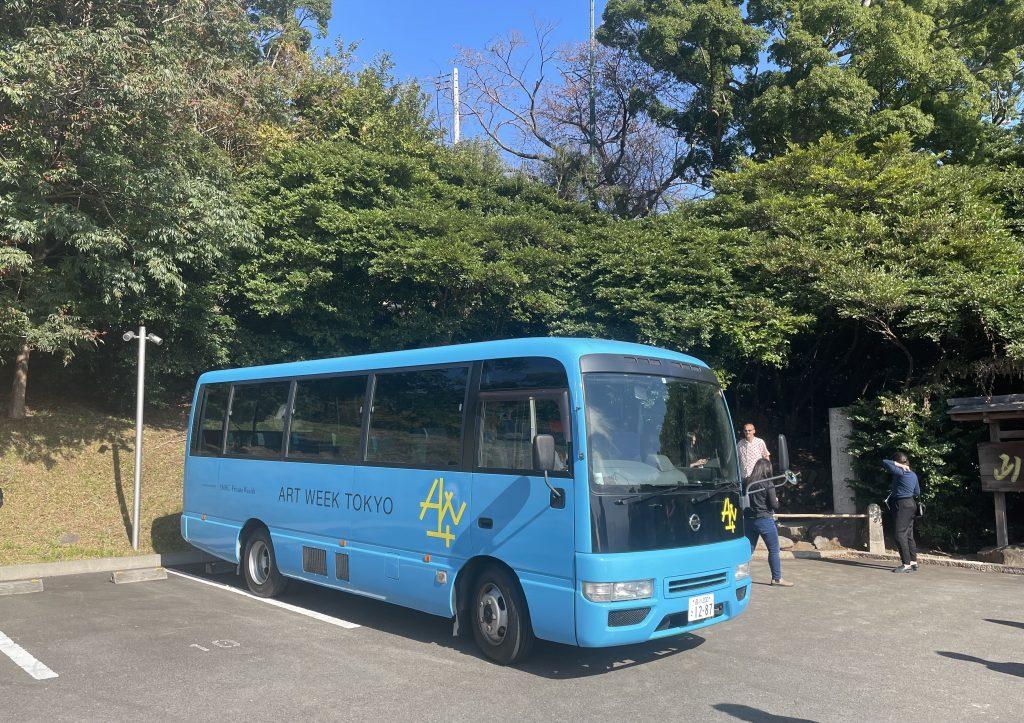 The Art Week Tokyo bus that has been bussing VIPs around during the even that ran from November 2 to 6, 2022, including the first day of VIP. Photo: Vivienne Chow.

Reps from the Big Three auction houses—Phillips, Sotheby’s, and Christie’s—said they have noticed an increase in the number of Japan-based bidders and buyers at their sales. At Phillips, the number of bidders and buyers with an address in Japan at its auctions, both live and online sales, has increased by 33 percent from 2019 to 2021; bidding and buying activity also rose by 60 percent (buying activity has increased by five percent only, however). More than half of the clients who have an address in Japan are aged 50 and under, a Phillips spokesperson said.

The number of bidders from Japan at Sotheby’s global sales has also increased by more than a third from 2017 to 2021, the auction house noted. Christie’s saw a 14 percent increase in Japanese buying at its global auction sales from 2020 to 2021.

At the same time, Japan’s domestic market has been expanding over the past decade. Data from the Artnet Price Database shows that the annual total sales value of auctions at domestic auction houses in Japan more than doubled from $92.9 million in 2012 to $218.6 million in 2021. As of November 2, total sales in 2022 have already reached $197 million. Leading the race in 2021 was Mainichi Auction, which totaled $72 million, followed by SBI Art Auction Co., Ltd’s $41 million, and $33.9 million achieved by New Art Est-Ouest Auctions.

Takuya Asakura, executive director and general manager of New Art Est-Ouest Auctions, observed that in the past couple of years, the age range of the most active demographic of the auction house’s clients has gone from 50s to 70s to 30s to 40s. The main selling categories also moved from Japanese traditional art to contemporary art, he noted.

Many of these younger collectors are successful entrepreneurs, said gallerist Tomio Koyama, who’s also the representative director of the Contemporary Art Dealers Association Nippon (CADAN). “Many of them seem to have sympathy toward artists who are taking [on] new challenges in their practice” just like how they set up their own businesses, Koyama noted. 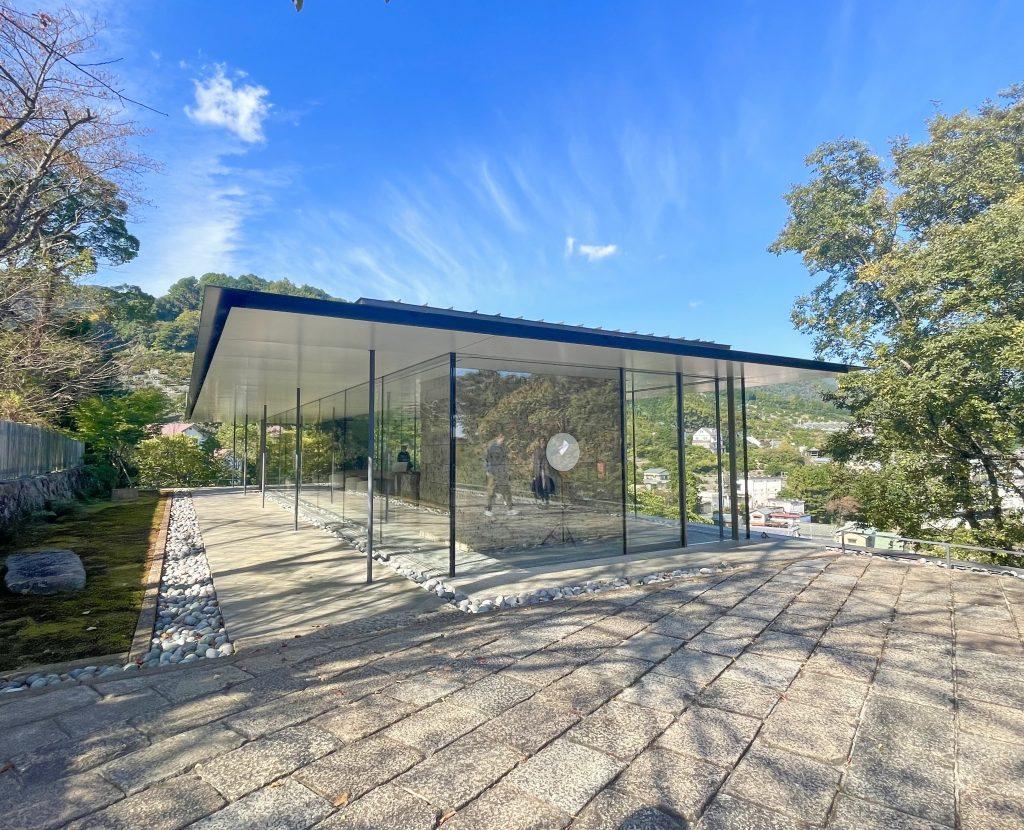 A gallery at the Odawara Art Foundation in the Enoura district of Odawara city in Japan. The foundation was founded in 2009 by artist Hiroshi Sugimoto, who is the fifth best selling Japanese artist at auctions worldwide as of November 2, 2022, according to data from Artnet Price Database. Photo: Vivienne Chow.

The figures on market growth might be rosy but as the world’s third largest economy with a population of 125.7 million, Japan’s share of the global art market remains disproportionately small, at just 3.7 percent of the global market, according to the estimates in the Japanese Art Industry Market Research Survey 2021, an annual survey published by the Japan government’s Agency for Cultural Affairs and the Art Tokyo Association.

Contemporary art is still a niche market in Japan, noted collector Kazunari Shirai, an entrepreneur who has a collection of more than 300 artworks including a mix of Japanese artists such as Yayoi Kusama and international artists from Louise Bourgeois, Wolfgang Tilmans, William Kentridge, Cornelia Parker, and Lucio Fontana.

“Japan has a very diverse culture, and it contains various kinds of markets, from objects that you use in tea ceremonies to fine art. So from the perspective of a global art market, Japan’s art market looks small,” said Shirai, who co-founded Art Week Tokyo. “There hasn’t been much information about contemporary art that has been made available until recently. It is still in development.”

“The sum of money spent on art in Japan is probably a little higher in reality [than the figures in the survey],” Koyama weighed in, adding that “only a fraction of collectors buy on the higher end of the market.”

While Japan’s domestic auction market is expanding, some industry insiders observed that the current art buying trend was “strange.”

“It’s mainly street art and illustrations,” noted Tomoko Ashikawa, director of Waiting Room gallery. “All these works are not popular internationally, but they are said to be cool locally. Many art buyers are not aware of the international scene or academic references of art.”

Koyama said that many buy art following their intuition and tend to buy artists they want to support. “In that way, their buying habits are not too far separated from fashion and trends,” he noted.

Dealers’ comments were echoed by the results in the Japanese art industry market survey, in which respondents cited that decorating their living spaces, impulsive purchases, and using the work “as a practical object” are among the most common reasons for purchasing art, rather than the usual reasons to purchase for investment or to collect.

One of the most sought-after names in the market right now is Kyne, a 1988-born artist based in Fukuoka whose drawings of women’s faces have become a trendy icon among a younger crowd. His top 10 prices in the Artnet Price Database were achieved in 2021 and 2022, and more than half of them were achieved by sales conducted by SBI Auction Co., Ltd.

New Art Est-Ouest Auctions has also sold a few of Kyne’s works, and Asakura observed that buyers who are in the market for hip and trendy works like Kyne’s often approach the auction house for a specific work they want, rather than having a long-term goal of building a collection.

“They might be just a one-off purchase. There are no guidelines to what young buyers like to buy but they tend to follow artists who have sold out their works at their gallery shows,” Asakura said. There could be a chance for these works to be cheaper at auctions than galleries, he noted, but most importantly, this is a way for buyers to show off that they have good eyes.

Changes for the future

But as the younger crowd matures, Asakura was hopeful that their tastes will change, which would see them prefer contemporary art showcased at local galleries. He also expects that Japanese artists, particularly the younger ones, will continue to appeal to collectors from outside the country such as Korea, mainland China, Hong Kong, and the west, particularly while the yen remains weak. New Art Est-Ouest Auctions is planning to resume its auctions in Hong Kong in May 2023. The auction house has been selling in Hong Kong since 2008.

In order for Japan’s market to grow further, however, there are some structural issues to overcome. The tax system is one major flaw as it currently offers little concession to art purchases, and art as inheritance is no exception. “There’s a lack of infrastructure for people to pass on or preserve artworks for future generations,” Koyama said.

Japan, however, is working on easing its tax rules for art, a move that is seen as a strategy to reposition the country, particularly its capital city Tokyo, as a stronger art hub in Asia. Galleries, auctions, and art fairs have been allowed to bring art from overseas to designated customs areas without having to pay import duties since last February. Tax is only required if the purchased works are shipped to a Japanese address after it’s sold. If the work is to be shipped outside of Japan, tax is not required. New Art Est-Ouest Auctions held a contemporary and modern art sale in September at Warehouse Terrada, where bonded goods brought from abroad could be sold.

At the same time, many expressed hope that through events such as Art Week Tokyo and next year’s Tokyo Gendai, local gallerists, artists, and collectors will gain more international exposure.

“The main objective is to make a connection between the international and the local markets,” Shirai said of Art Week Tokyo, which will develop an education platform for art lovers and collectors, and Shirai, as the owner of publishing company Jitsugyo no Nihon Sha, sees the importance of information and knowledge sharing. “We want to fill the information gap by bridging the domestic market with the rest of the world,” he said.