Home News In Pictures: See the Sporty Sculptures in the Armory’s First-Ever Exhibition With... 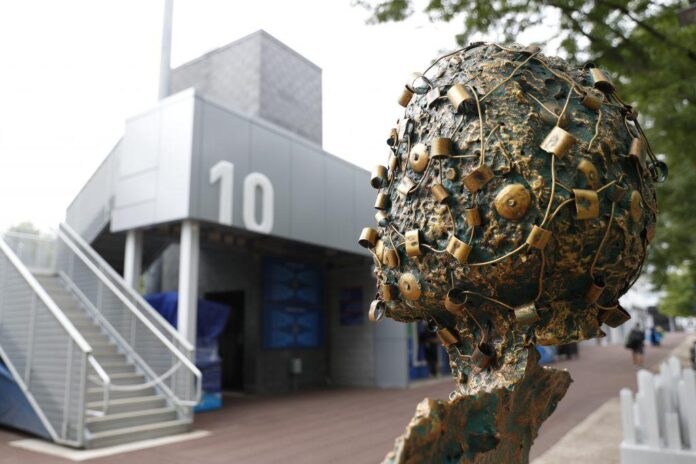 In June, the Armory and the United States Tennis Association (USTA) announced their first-ever partnership, presenting the Armory Off-Site at the U.S. Open. Now, images of the works installed on the grounds of the tennis championship have gone live.

The Armory Off-Site program launched last year, with public sculptures installed around New York City during the fair’s run in September. This year, they’re expanding the effort, selecting five 2022 exhibitors to show sculptures by gallery artists at the Billie Jean King National Tennis Center from August 23 to September 11—spanning both the U.S. Open, one of the city’s main annual sports events, and the art-centric Armory Show. 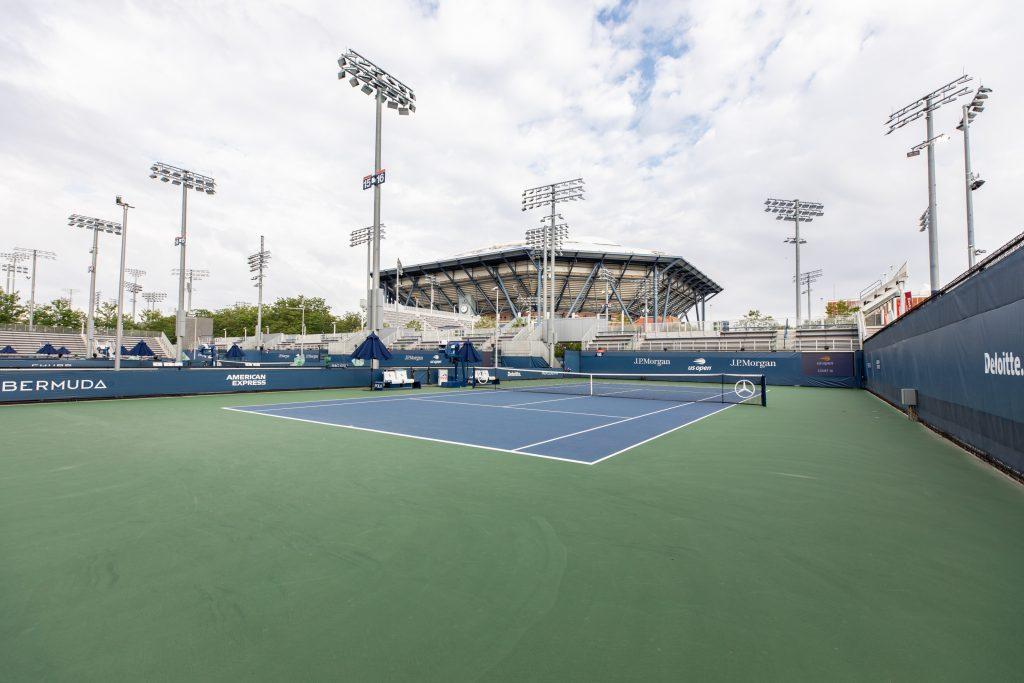 The grounds at the 2021 U.S. Open in Flushing, New York. Photo: Nicole Pereira/USTA.

“The Armory Show and the USTA share a vision for inspiration, creativity, and equity,” the art fair’s director Nicole Berry told Artnet News. “Building upon the USTA’s previous ‘Be Open’ campaign, it was important for us to select works by artists from underrepresented communities. These sculptures bring contemporary art to a larger audience and provide an unprecedented platform for the artists on a global stage”

USTA’s “Be Open” campaign started in 2020, when they “displayed the work of 18 artists who identify as Black, Indigenous or people of color, in the front, empty seats of the Arthur Ashe Stadium,” wrote the New York Times. 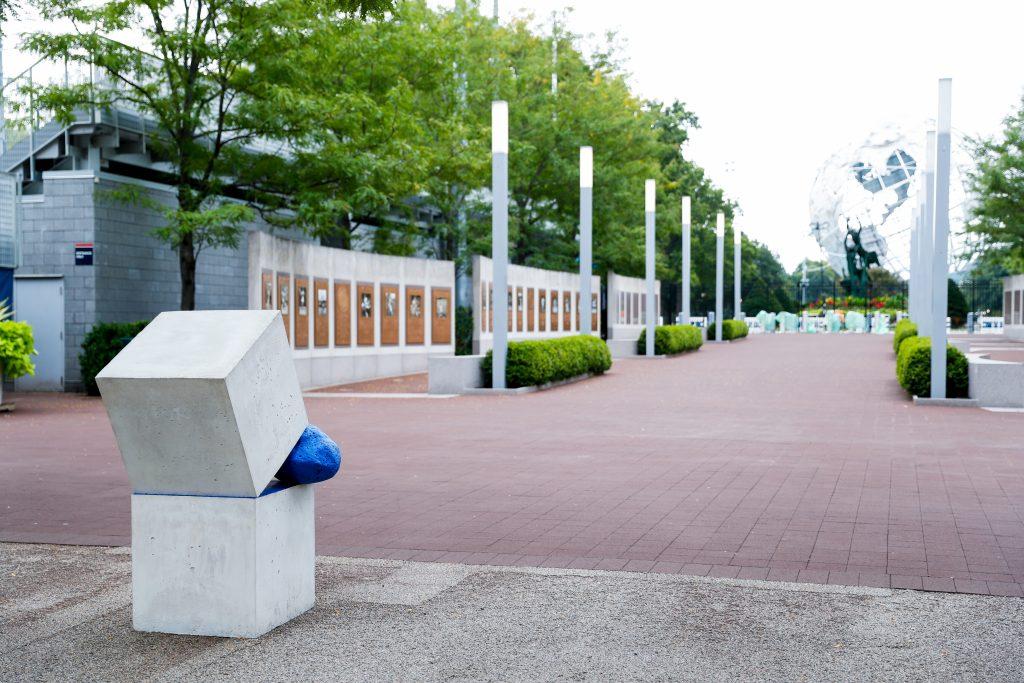 As a non-profit organization, USTA invests 100% of its proceeds into growing tennis participation across America. This partnership offers a chance to cement September as the premier month in New York’s cultural calendar—while potentially drawing new audiences for both organizations. Tennis lovers might see the works near the stadiums and go visit the galleries, while art lovers might check out the games. Each piece is also for sale.

Chukwuma’s work particularly exposes new audiences to challenging realities. His sculpture, , is part of a series focused on the 19th-century Igbo Landing historical event, when “about 75 newly enslaved West Africans took control of a coastal vessel, grounded the ship and later marched into the waters of Dunbar Creek in Georgia, committing mass suicide,” according to the . Chukwuma’s series will eventually include a sculpture for each rebel. “I think that that’s a beautiful thing,” he told the . “There’s liberation there.”

Three of the five artists made site-specific works for the occasion, including Nurse’s tangled steel sculpture interpreting tennis’s unique athletic rhythms, Hill’s arrangement of 40 letters from the Cherokee language “in an undulating formation to suggest the lyrical rise and fall (and rise again) of Indigenous language,” according to the Armory’s site.

The Armory Show will announce additional Off-Site public projects and partners over the next few weeks. In the meantime, take a look at their first U.S. Open presentations below. 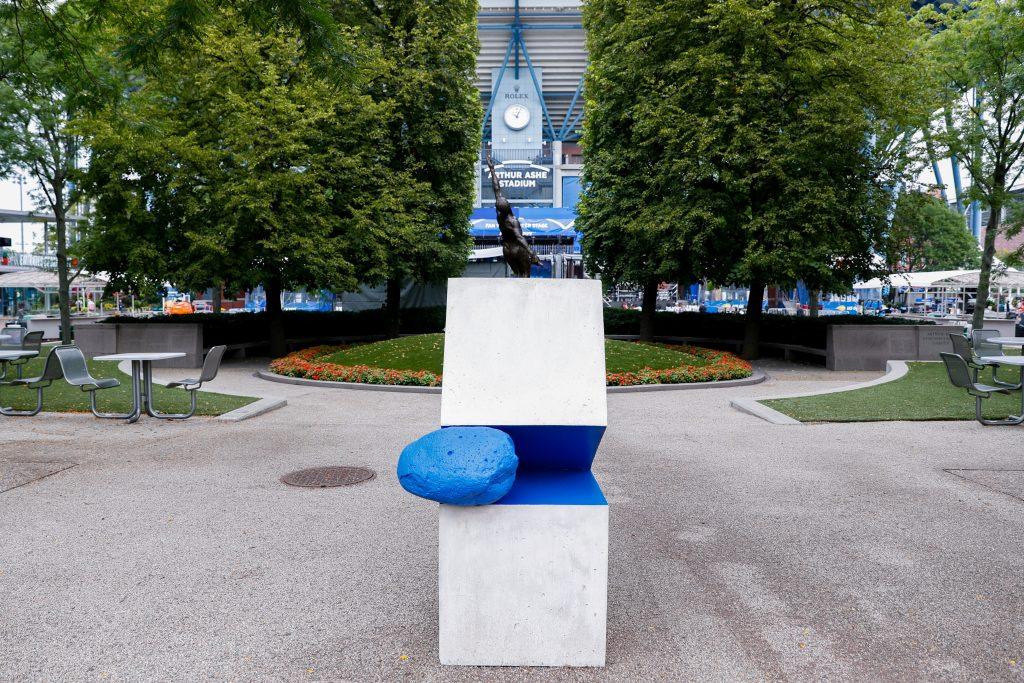 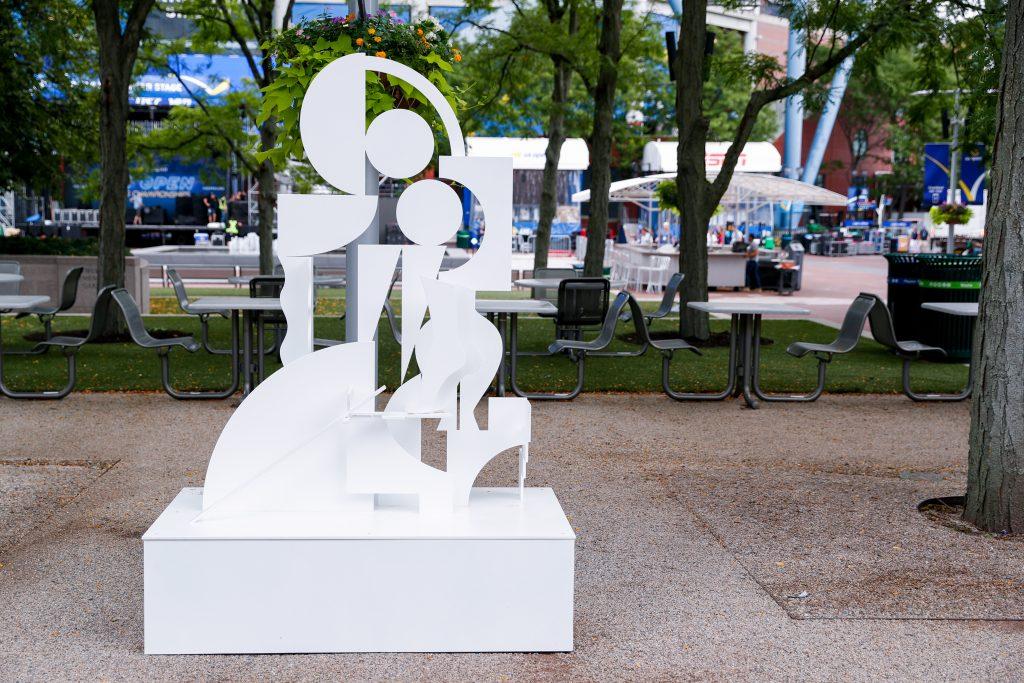 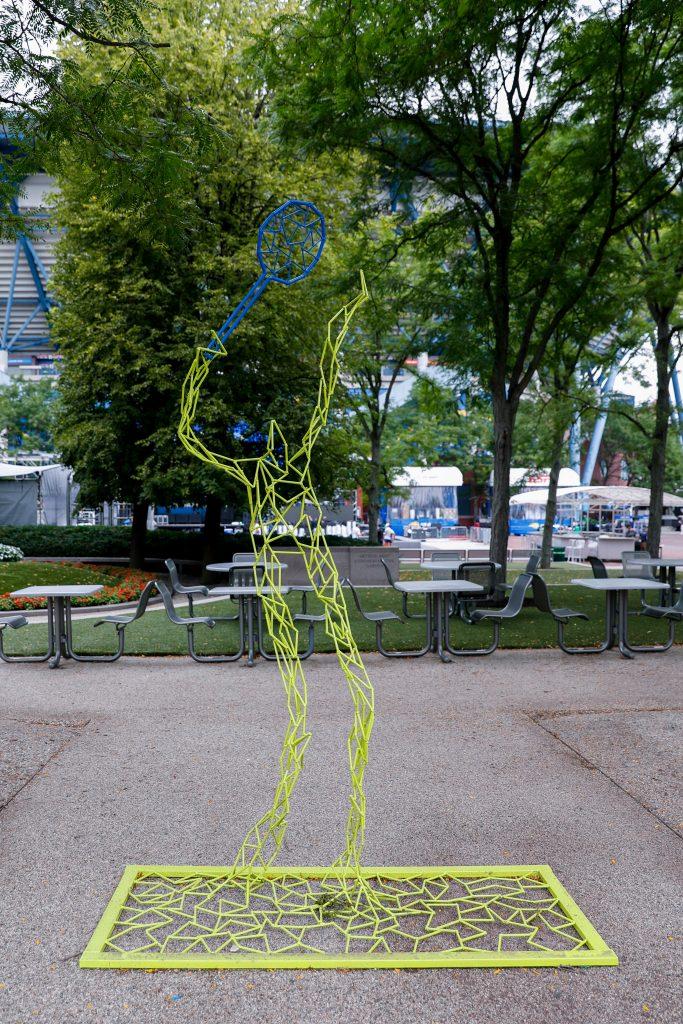 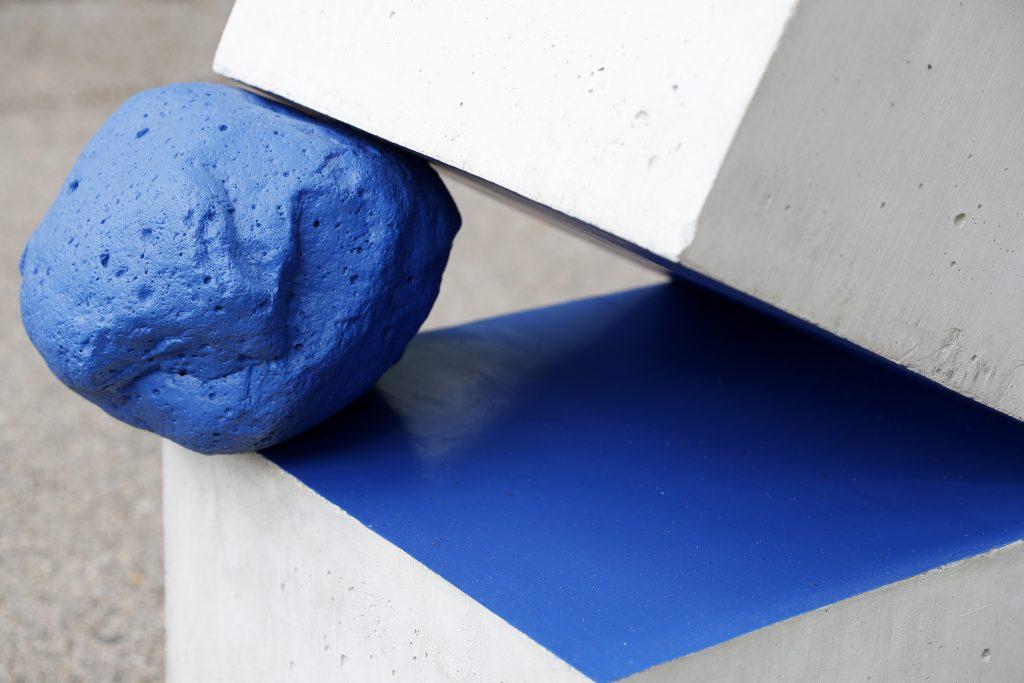 A close up of Dávila’s untitled work at the 2022 U.S. Open in Flushing, New York. Photo: Allison Joseph/USTA. 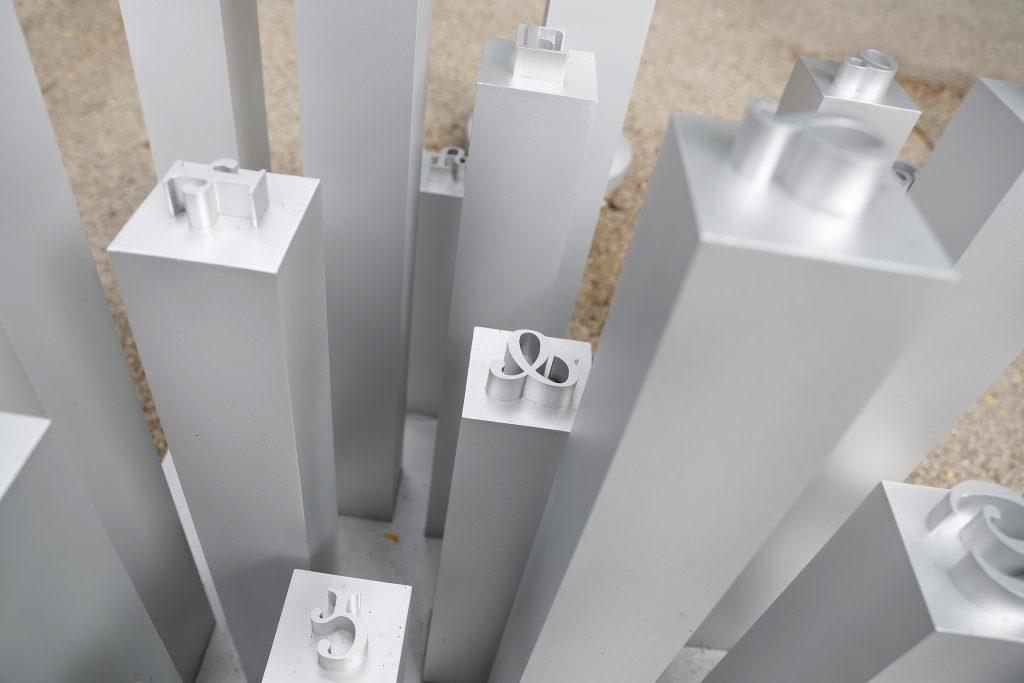 A closeup of Hill’s work at the 2022 U.S. Open in Flushing, New York. Photo: Allison Joseph/USTA. 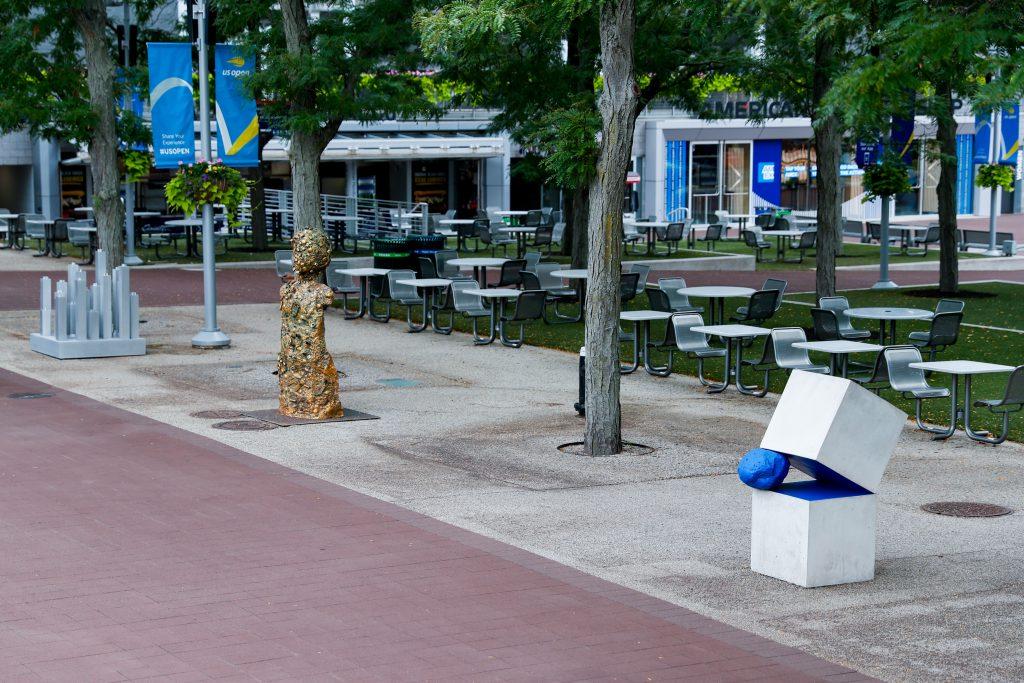 Hill, Chukwuma, and Dávila’s works are now on view at the 2022 U.S. Open in Flushing, New York. Photo: Allison Joseph/USTA. 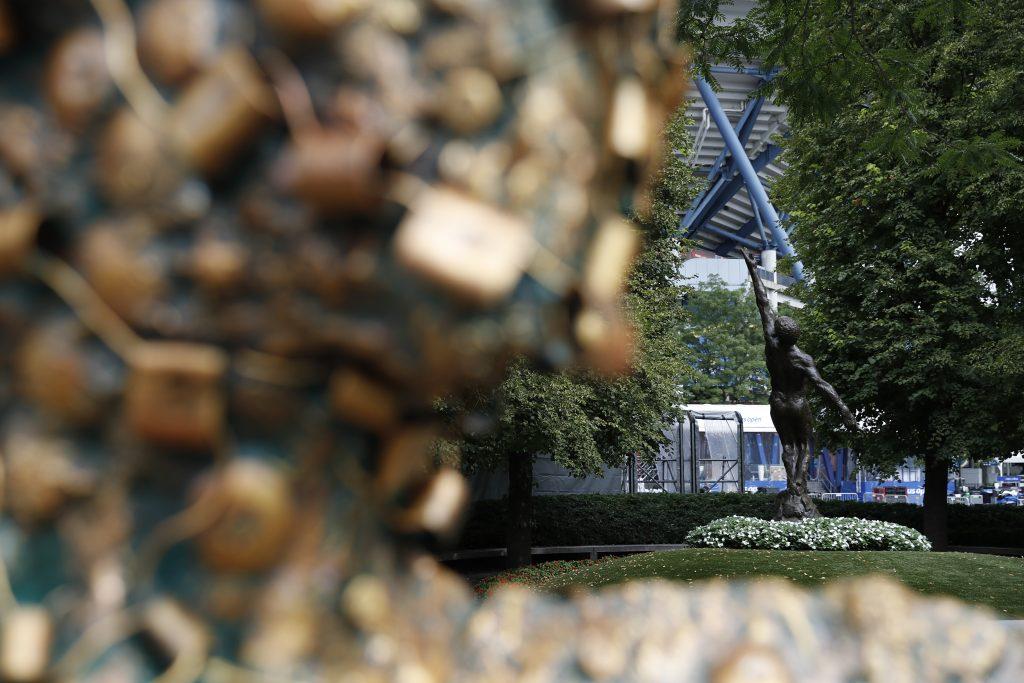 Chukwuma’s work stands next to some of the permanent sculptures installed in Flushing Meadows Park in New York. Photo: Allison Joseph/USTA. 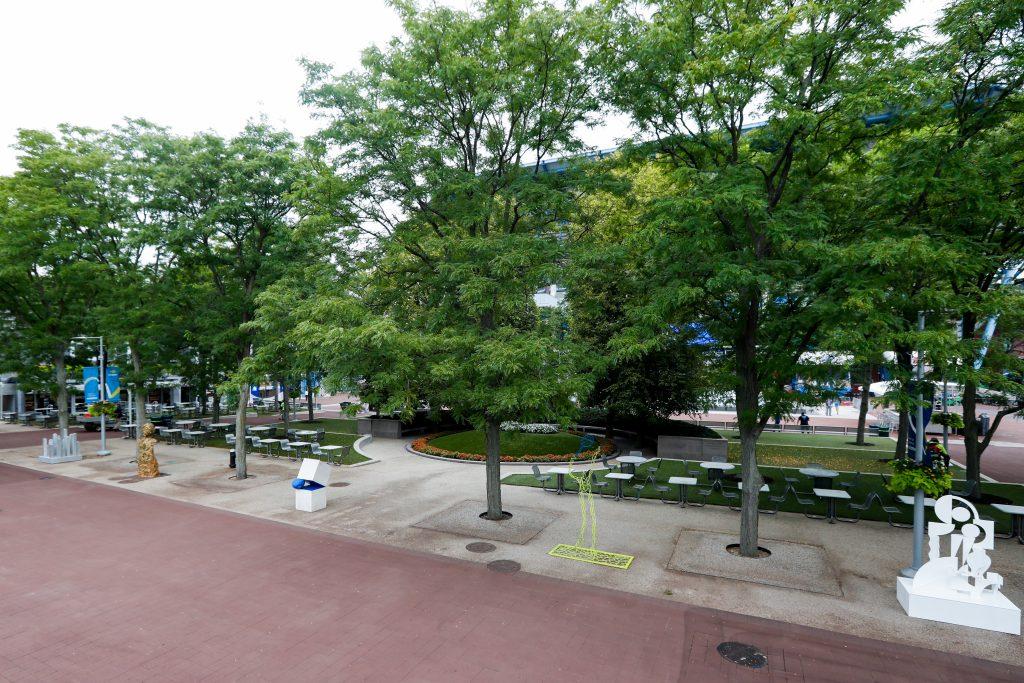 All five artists’ works are now on view at the 2022 U.S. Open in Flushing, New York. Photo: Allison Joseph/USTA.