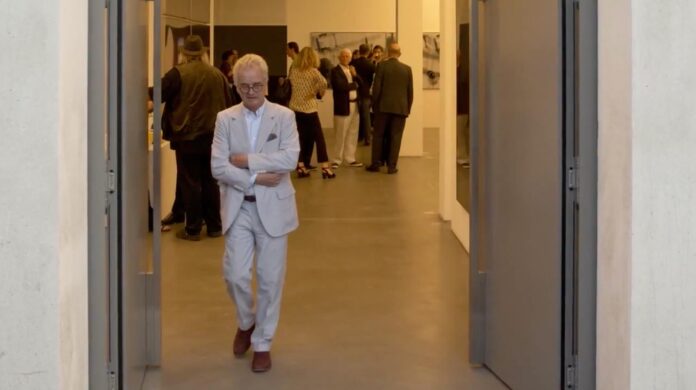 Hans Mayer, the German dealer credited with introducing European audiences to post-war US artists, has died aged 82. His gallery confirmed his death via an Instagram post. The US artist Robert Longo, who is represented by Mayer, wrote on social media: “We have lost a… brilliant art dealer and a great friend.”

Mayer came from the city of Ulm in Baden-Württemberg, southwestern Germany; while visiting a museum there in 1953, he was especially struck by a watercolour by the 19th-century German artist August Macke. Following his studies at the Hochschule für Gestaltung (Ulm School of Design), he opened his first gallery in 1965 in Esslingen am Neckar near Stuttgart, launching the space with an exhibition of works by the Bauhaus pioneer Joseph Albers set to the music of John Cage.

According to Artsy, Mayer wrote to Albers in early 1965, saying: “I intend to open a gallery… that will exclusively occupy itself with ‘concrete’ painting and objects [abstract art based on geometric imagery].” Crucially, Mayer considered Albers to be “one of the oldest and most prominent representatives of Concrete painting.” The gallery subsequently presented art by Concrete artists such as Max Bill, Antonio Calderara, Karl Gerstner and Camille Graeser.

After establishing a gallery in Krefeld in the late 1960s in partnership with the late Parisian dealer Denise René, the pair decamped to Düsseldorf where they opened a joint space in 1969. According to the gallery website, in 1969 Mayer was the first to show works by Warhol in Düsseldorf.

Mayer also endorsed photography, exhibiting in the late 1960s works by the German photographer Peter Lindbergh; shows dedicated to Helmut Newton and Dennis Hopper followed (Hopper’s exhibition, held in 1988 in the Düsseldorf gallery, was his first in Germany).

Mayer was a stalwart of the Art Basel fair, showing works at the Swiss event every year since its inception in 1970. In recent years, the gallery has shown works at the fair by Wesselmann, Longo, Günther Uecker, Robert Longo and Jürgen Klauke. Marc Spiegler, the outgoing global director of Art Basel, posted his own tribute, saying that the “art world has lost a gentleman innovator”.

The organisers of two other art fairs, Art Cologne and Art Düsseldorf, also paid tribute, with the latter posting on Instagram that ‘[we] remember the many beautiful moments with him [Mayer]”.

A Single-Artist Sale of Paintings by the Late Chicago Surrealist Gertrude Abercrombie Brought in $2.8 Million This Week