Home News Inside the Affordable Art Fair, Where Artists Pose as Dealers and Paintings... 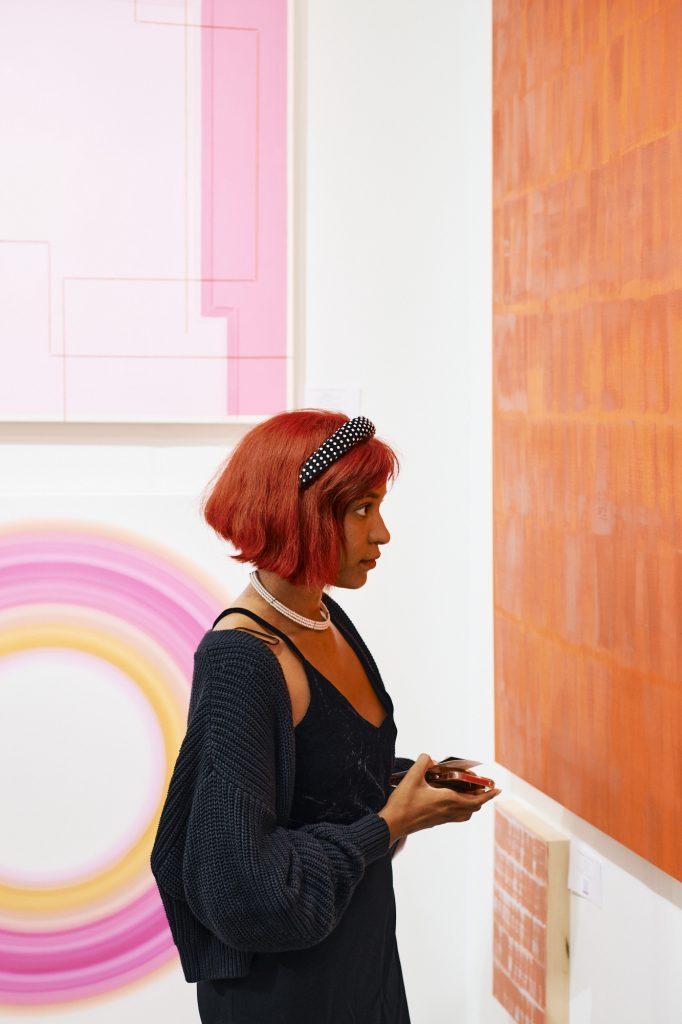 The gallerist at Booth E14 approached me first, plowing straight into a sales pitch. He explained that what appeared to be paintings on the wall behind us were actually ultra-high-resolution photographs taken by the artist Dan Piech with a camera about 140 times more powerful than an iPhone. The technology had transformed the paint-splattered New York City sidewalks into a series called “Concrete Canvas,” with each large-format picture going for about $5,400 each, according to the artist’s website.

“And do you want to know a little secret?” the dealer said, leaning in. “I’m the artist. I’m Dan Piech.”

The Affordable Art Fair does things a little differently from its more prestigious brethren like Art Basel and Frieze, where blue-chip dealers schmooze their high-rolling clients in between sips of champagne. For starters, inventory cannot be priced above $10,000. There is no selection committee of veteran dealers choosing who receives a spot on the showroom floor. A good opening day at the Affordable Art Fair can top nearly $300,000—about half the price of a single Chris Ofili painting shown by David Zwirner at this year’s Armory Show. And yes, here, sometimes artists masquerade as their own dealers. 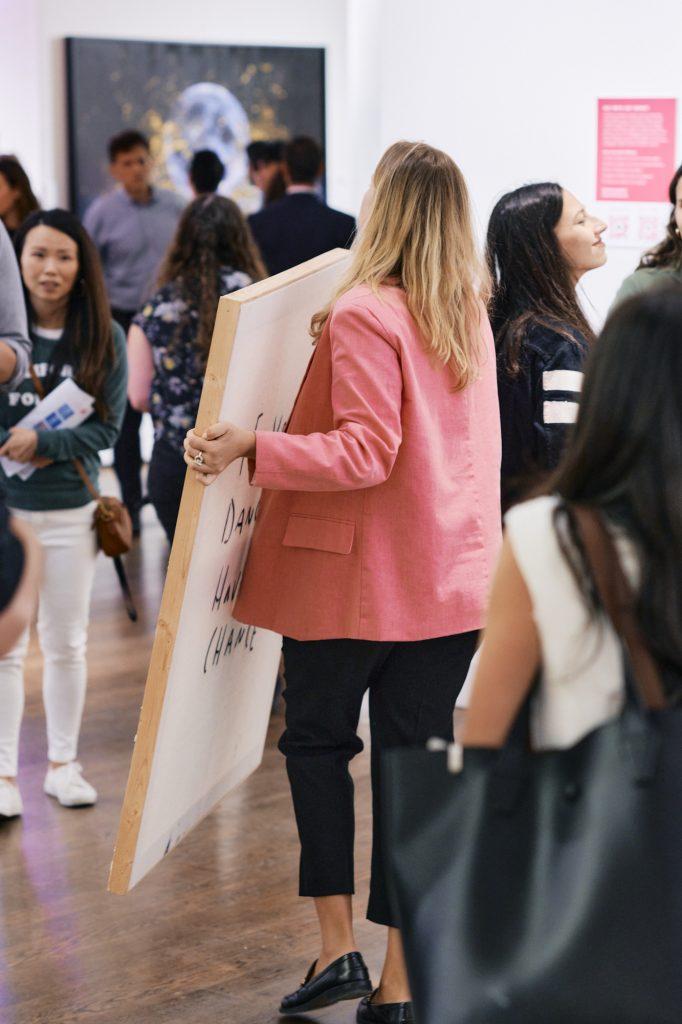 While the tippity-top of the art market often grabs headlines for big sales numbers, it’s the smaller events like the Affordable Art Fair that constitute the backbone of the art market by providing young galleries and new collectors an entry point. And despite worries of a looming recession, the lower price points meant that paintings were flying off the walls in quick succession. Gallerists seemed happy, if a bit exhausted, handling one sale after another in their brightly lit and tightly packed corners of the Metropolitan Pavilion in Manhattan’s Chelsea neighborhood.

On average, booths at the Affordable Art Fair’s New York edition cost $13,600, with most exhibitors getting 200 square feet at $68 per foot. For reference, that is slightly more than the $11,500 flat rate required to participate in the Discoveries section of Art Basel Hong Kong, but less than half the cost of its Insights section, which tops out around $41,500. (For prime real estate inside the Basel exhibition hall, prices can reach six figures.) The Affordable Art Fair is also significantly smaller than most other fairs, with just 15,000 square feet of exhibition space. Compensating for a more intimate experience, dealers pack their walls with paintings, one above the other.

There are many visitors from surrounding art schools like the Fashion Institute of Technology and Parsons School of Design who receive free tickets to attend the show. Others are drawn to the fair as one of the few places to find paintings that won’t break the bank or scream Homegoods. Based on data from this year’s edition, the average cost of an artwork is just below $1,700; however, there were also many on sale for as little as $100.

Amanda Schneider, a media professional in her thirties, found the atmosphere on the floor more welcoming than many blue-chip art-world events. “I had visited galleries before, but nothing was ever in my price range,” she explained, speaking over a Jessie J pop song in the background. “Things aren’t so hoity-toity in here.” 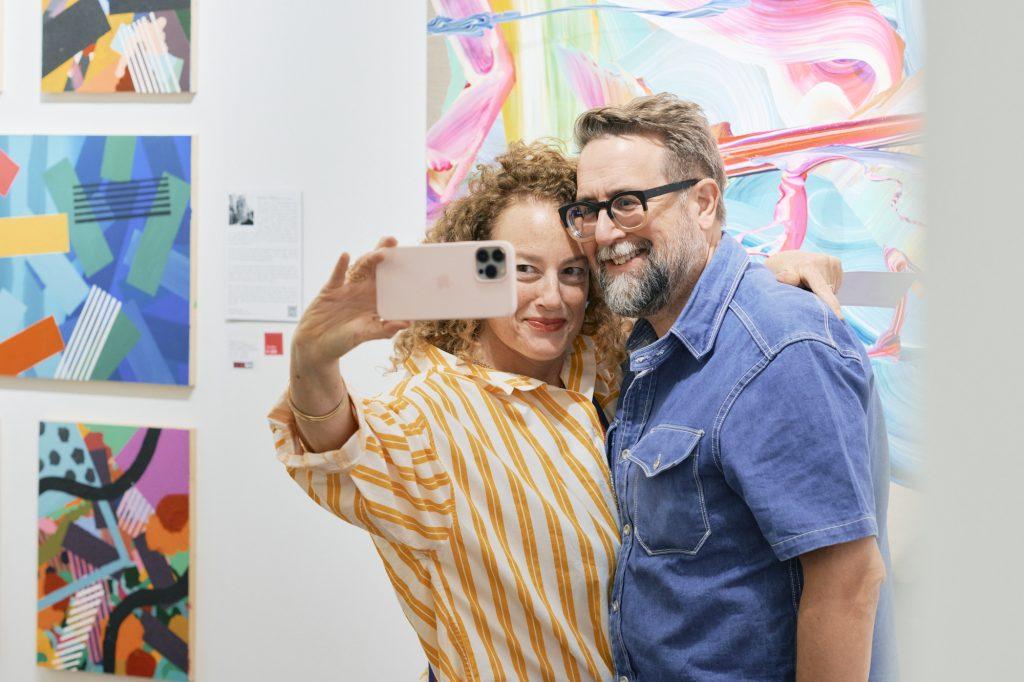 Schneider was a repeat customer: The last time she purchased an artwork was at the fair several years ago. Behind her was a booth dedicated to Art Money, a startup founded in 2015 by the Australian entrepreneur Paul Becker, which offered to finance purchases at the fair if customers were willing to put 10 percent down and commit to a monthly repayment schedule.

This year marks the 20th anniversary of the Affordable Art Fair’s New York edition, which exists alongside other editions in cities like Amsterdam, London, and Singapore. It’s just one of several franchises in the ever-expanding universe of Ramsay Fairs, the company that acquired the Volta Art Fair in 2019.

In January, Erin Schuppert became the Affordable Art Fair’s latest director for the New York edition after the previous manager, Vanessa Seis, departed in October 2021. Schuppert, 31, had spent most of her career in the auction world, but left the blue-chips behind to pursue this more accessible market.

“To put it bluntly, this is just a lot more fun,” said Schuppert. “I think what stands out about our event is that our audience is so highly engaged and most people coming into the fair are truly arriving ready to transact.”

This year’s edition included nearly 70 galleries and received about 7,500 visitors before the fair ended on September 25. A spokeswoman said that $1.8 million of business was conducted on site, though other sales will continue to be reported over the next few weeks.

The majority of galleries come from the tristate area and so do customers, who could take their newly acquired canvases to a bubble-wrapping station before hopping in a taxi home. The pace of sales was so quick that many dealers could be spotted lugging out new paintings to occupy the walls, ripping open the packaging tape with frantic speed. 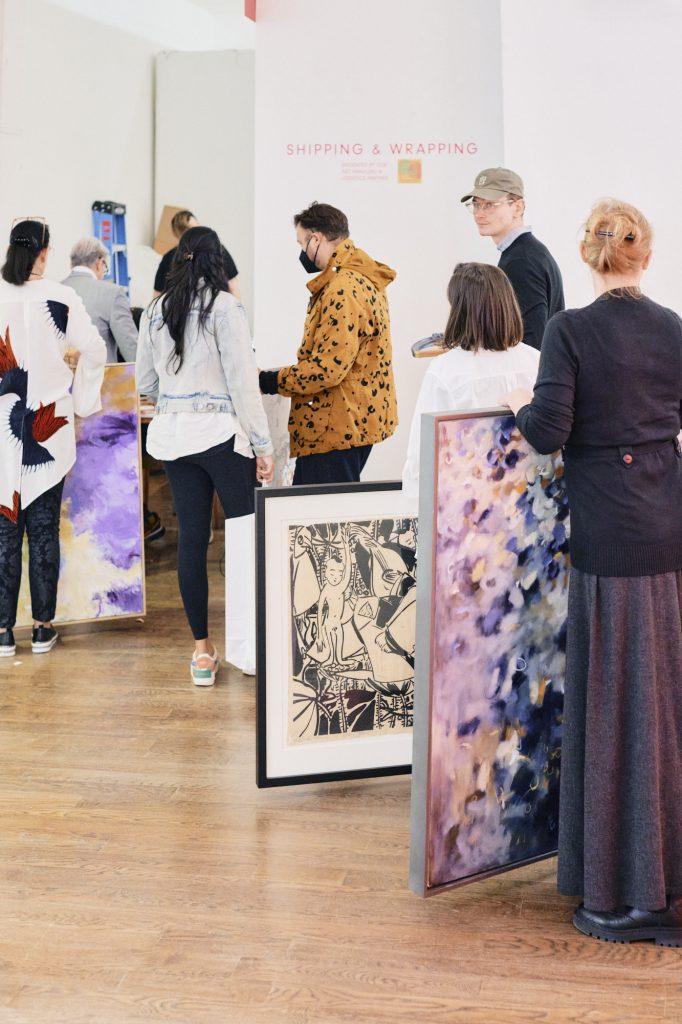 Some galleries closed their storefronts during the pandemic to save money on rent. When they realized that most sales were happening through their websites and the occasional fair, there was no reason to return to their brick-and-mortar shops. Besides, many dealers had their day jobs to worry about.

Sherri Littlefield, who works as a content creator for Nordstrom, founded Treat Gallery in 2016 with a mission to help emerging artists. Like many small galleries accustomed to selling online, she experienced little change in sales volume during lockdown.

“But when we came back to the art fairs, it really felt like people were eager to buy,” she told Artnet News. “People wanted more art in their homes if something like Covid ever happened again.” 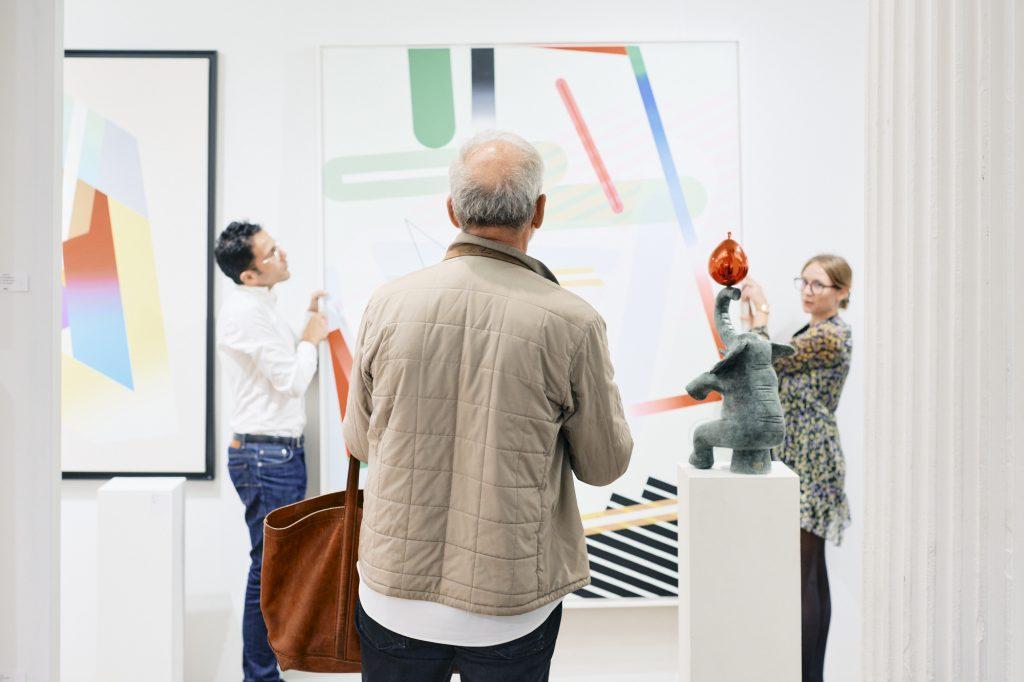 Shivang Jhunjhnuwala, a 27-year-old dealer from Hong Kong, founded Young Soy Gallery in 2020 to give a voice to his city’s artists. But oftentimes, the dealer has needed to weigh the benefits of exposure with the costs of participation in the international art circuit.

“It’s expensive to bring art,” Jhunjhnuwala said. Rising prices in the shipping industry have decreased his profit margin, so the dealer got creative and sourced most of the works in his stall from artists in the tristate area or those living on his route to the fair through London.

In part because of those difficulties, Shuppert said that future New York editions of the Affordable Art Fair will focus on American galleries.

“Currently, over half our exhibitors are U.S.-based,” she said, adding that the fair also requires galleries to show living artists. “We are supporting their commercial viability.”