Home News Is the Old Masters market in terminal decline? 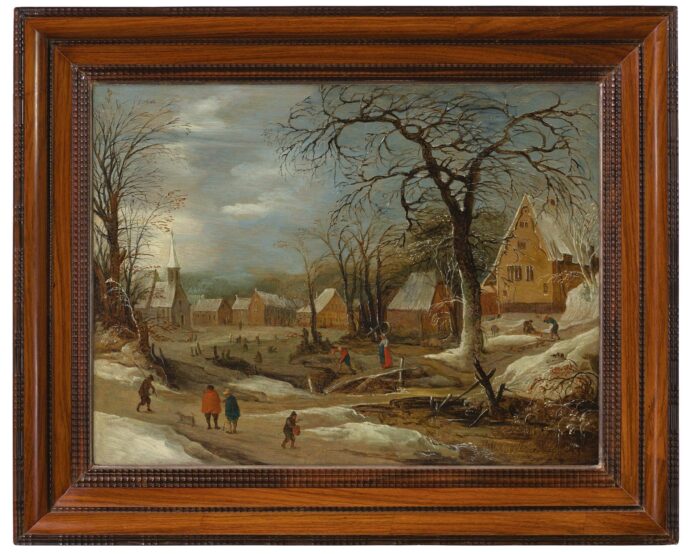 We all know that Old Masters have fallen out of collecting fashion. The Prada-clad habitués of Frieze and Art Basel might regard them as irrelevant, but does the trade (or lack of it) in centuries-old pictures have something to tell us about the way art is consumed today?

Old Masters still have their moments, of course. The world’s most expensive artwork, by a mile, is the much-restored Salvator Mundi that Christie’s sold as a long-lost masterpiece by Leonardo for $450.3m in 2017, shoehorned into a New York contemporary art auction. And Christie’s recent $1.6bn Paul Allen sale did include some pre-1850 highlights. Botticelli’s Madonna of the Magnificat (around 1490) sold for $48.5m, albeit almost unnoticed among the bigger-ticket post-Impressionist and Modern masterworks.

But these prices are outliers. Last year, European Old Masters represented just 4% of the world’s $26.3bn art auction sales, according to the most recent Art Basel & UBS Art Market Report. Back in 1970, when Velázquez’s superb Portrait of Juan de Pareja sold to the Metropolitan Museum of Art for $5.5m, a record for any work of art sold at auction, Old Masters were the dominant category.

“The Old Masters are a niche market,” says the London- and Monaco-based Old Masters dealer Fabrizio Moretti, who has just opened a new 8,600 sq. ft gallery in St. James’s, which he now shares with the Impressionist and Modern specialist Emma Ward. “It hasn’t really changed in the past ten years. There aren’t many players, there aren’t many sellers, there aren’t many collectors. But you do get some contemporary art buyers looking for big-name trophies to add to their collections.” Moretti views Old Masters as a market driven by high-value trophies, with little demand for works in the lower price ranges.

But a problem with Old Masters is that there just aren’t that many trophy names that are instantly recognisable to 21st-century tech and finance billionaires, as Allen was. There is Botticelli, as well as Leonardo, Michelangelo, Caravaggio, Rembrandt, Rubens and Vermeer, but when was the last time an undisputed masterpiece by any of these artists came on the open market?

“There is a very limited supply of high quality works,” says Todd Levin, a New York-based adviser, one of the few with expertise in Old Masters as well as contemporary art. “So much has gone into institutional collections and will never come out. There are no A-plus works by major artists left. So you have to buy either B-plus works by A-plus artists or A-plus works by B-plus artists.”

But reputational upgrades can at least give a sense that A-plus works by the biggest names are on offer. Allen’s Madonna of the Magnificat, related to a celebrated autograph-quality tondo in the Uffizi, had over the years been regarded by many scholars as a product of Botticelli and his workshop, but was catalogued by Christie’s as a Botticelli. Similarly, Sotheby’s has marketed a version of Titian’s famous Prado Venus and Adonis included in its December Old Master paintings sale in London as “the most important painting by the artist to be offered at auction this century,” even though it was catalogued as “Titian and workshop” with a measured estimate of £8m-£12m.

Which then leaves those A-pluses by the B-pluses. For instance, with no great painting by Pieter Brueghel the Elder ever likely to come on the market, buyers have to content themselves with the best works by his competent descendants. In October, Jan Brueghel the Elder’s impressively provenanced 1616 oil-on-copper painting of villagers having a knees-up by a river proved a surprise $10m impulse buy on Johnny Van Haeften’s stand at Frieze Masters, and, in the Paul Allen auction, Jan Brueghel the Younger’s similarly detail-crammed paintings of the Five Senses sold well above estimate for $8.6m (and more than double the $3.9m Allen paid for them in 2001, according to Artprice). These were impressive prices for the sort of small gems that visitors walk straight past when they visit the Met.

The real problems for the Old Masters occur further down the price chain. Take the case of a well-painted Winter landscape on panel by the 17th-century Flemish artist Frans de Momper that sold for a low estimate $32,760 in October in a Christie’s online-only Old Masters sale. The vendor had bought the work at Christie’s in 2012 for $40,260, less than half the price it made at auction in 1999, according to Artprice. Representative of the sort of decorative Old Masters priced under €100,000, which were popular with European professionals and business people at Tefaf Maastricht and day auctions in the 1980s and 1990s, this painting is also indicative of the losses that sellers of lower-value Old Masters have often had to face in recent years.

“There’s been a widening price gap between most of the market and a few high quality pieces,” says Megan Corcoran, an Old Master researcher at the London-based auction analyst ArtTactic. “One work can make between 20%-40% of the entire sales for a year. You no longer have the middle classes buying something beautiful to put on the wall and hang on to it. This is a thing of the past.”

The systemic challenges facing buyers and sellers of Old Masters are well-known and oft-repeated. It’s difficult to make money out of them. People can’t relate to their religious and mythological subjects. Buyers are put off by doubts over attribution and condition. There’s no instant recognition, as there is with a Warhol or a Banksy. They require patient study. They don’t suit contemporary homes. They just aren’t cool. And so on.

But perhaps the biggest challenge Old Masters pose is that you actually have to look at them, really look at them.

“The amount of time and attention required is out of kilter with the modern world—people are a bit lazy, they want a quick hit,” says Howard Lewis, whose father David Lewis acquired more than 400 Old Master, 19th-century and Impressionist paintings through the London trade during the 1960s and 1970s. Known as the Schorr Collection, it is managed by Howard and his father.

“The Old Master world will trundle on in its own sweet way,” he says. “The dealers have remained static. They’re waiting for the world to come to them, while the auction houses have moved on,” he adds, referring to how Sotheby’s and Christie’s global marketing machines have become highly effective at finding buyers for big-ticket Old Masters and generating increased turnover for the rest through high-volume day and online sales.

For dealers, it’s all a matter of time. Collectors and advisers at the frenetic previews of the recent Frieze London and Paris+ fairs typically spent seconds looking at works before checking names and prices. At more sedate events like Tefaf Maastricht and Frieze Masters, where business hasn’t exactly been brisk, Old Master exhibitors have to hope that a knowledgeable collector or museum curator will spend several minutes admiring and discussing a picture.

But how? Fill a Tefaf stand with paintings of beheadings to appeal to Game of Thrones fans? Have a “Buy an Old Master Get an NFT Free” offer?

“I have discovered that a painting requires time,” wrote Hisham Matar in his 2019 memoir, A Month in Siena. Maybe more people will discover this as the latest “hot” contemporary artists fall in and out of fashion. There’s a Slow Food movement. How about Slow Art?