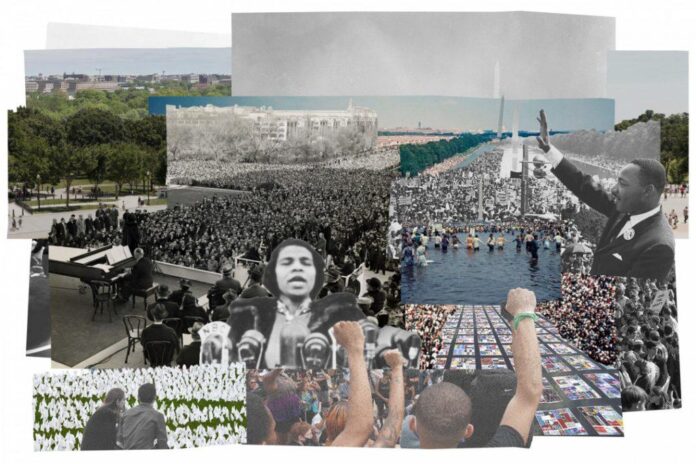 There’s always a hint of unintended irony in the name of the National Mall. America’s great green space in the center of Washington, D.C., is not, in fact, a place where America’s favorite pastime—shopping—transpires. Rather, it is a space for monument and protest.

In this vein, today at 10am during a live-streamed event, details will be revealed for the new public art initiative “Beyond Granite,” a series of artist prototypes for installations that will be unveiled throughout 2023, centered on the National Mall. The series aims to serve as an experiment in how public art can transform the National Mall into “a more inclusive, equitable, and representative process for commemoration,” according to the organizers.

Titled “Pulling Together,” the first show, curated by Monument Lab’s Paul Farber and Salamishah Tillet, features artists including Vanessa German, Derrick Adams, Paul Ramirez Jonas, Tiffany Chung, Wendy RedStar, and Ashon Crawley. The selected cohort are all “contemporary artists who think about American history, engage at scale in public art projects and represent the diversity and breadth of our country since its inception,” Tillet said. 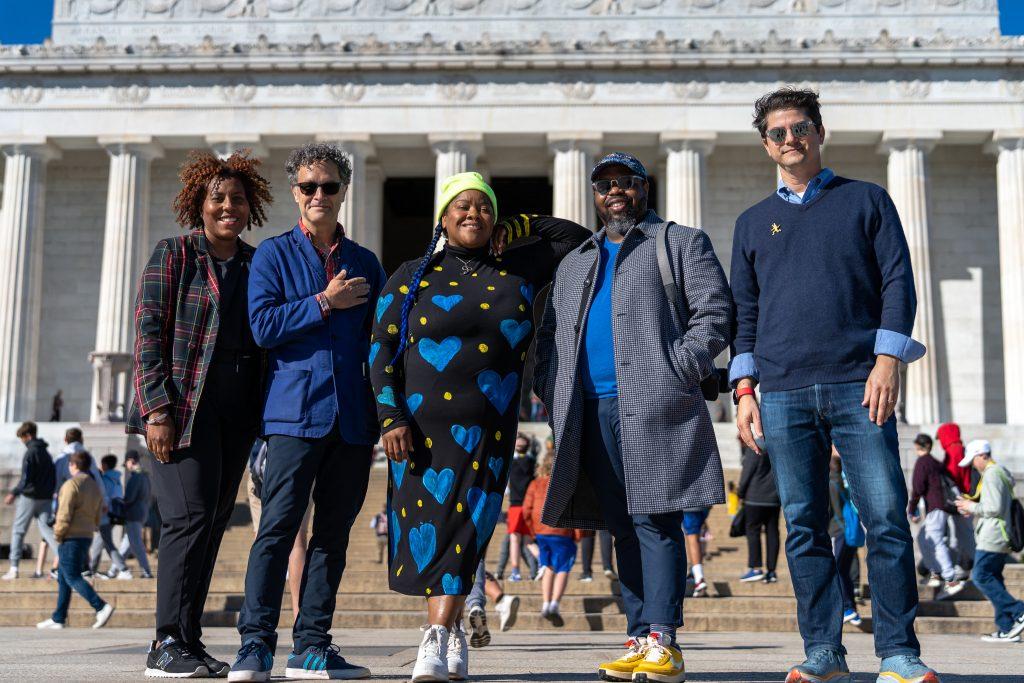 The final works won’t be revealed until next fall, and the specifics of each individual project are also being kept under wraps, but according to the curators, the show took its overall inspiration from a stirring 1939 performance by the Black opera singer Marian Anderson on the steps of the Lincoln Memorial on the Mall’s western end, after she was barred from singing in Constitution Hall. This in turn spurred the Civil Rights activist Mary Mcleod Bethune to write that the public concert “told a story of hope for tomorrow–a story of triumph–a story of pulling together, a story of splendor and real democracy.”

Perhaps for obvious reasons, the Lincoln Memorial steps have become a symbolic space in American history, hosting other memorable events, including Dr. Martin Luther King Jr’s “I Have a Dream” speech, and the AIDS Memorial Quilt project.  “We wanted to pull on those histories.”  Tilled said. “What are the ways in which people have been able to gather on the Mall in a form of dissent and democracy?” 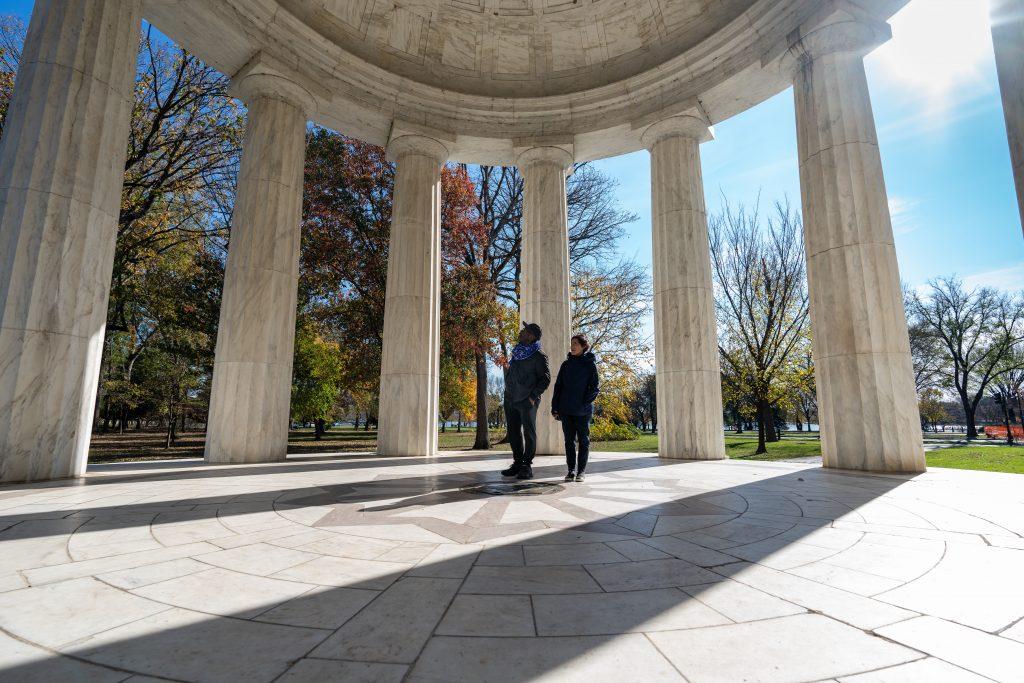 Artists Derrick Adams and Tiffany Chung visiting the D.C. War Memorial on the National Mall, Washington D.C., ahead of their participating in “Pulling Together.” Photo: courtesy of A.J. Mitchell, 2022.

Funded by a $4.5 million grant from the Mellon Foundation, in partnership with the Trust for the National Mall, the National Capital Planning Commission and the National Park Service, the project is “the result of federal and local agencies who are invested and compelled in how the past/present/future of our monuments live together, and see art at the core of that,” Farber said. He added that “part of the mission is to have a coalition effort to imagine art as a way forward.”

“To do a public art project of this scale and magnitude, with sensitivity, really encourages us to think about how we can be together as a people again,” Tillet said. “It feels like often there isn’t a lot to be optimistic about. I think when people come together and see themselves in monuments and understand other histories and people they hadn’t before, with compassion and a sense of community, with this creative backdrop, it’s really inspiring. At least for me. I hope it inspires all of us to see each other as a citizenry through these gatherings.”