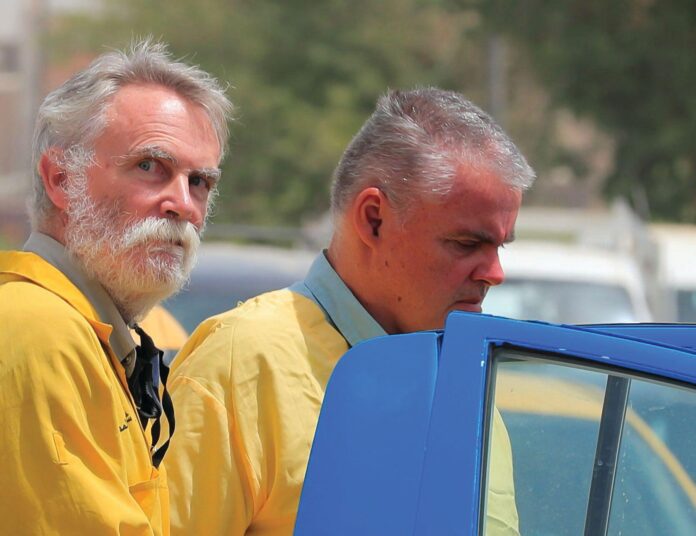 As the family of Jim Fitton, the retired British geologist sentenced to 15 years in an Iraqi prison in June for allegedly smuggling antiquities, pleads with the UK Foreign Office for assistance, the future of Iraq’s burgeoning cultural tourism trade has also been cast into doubt.

According to Fitton’s daughter Leila, the geologist took “a few worthless pieces of broken pottery from the desert floor, as souvenirs” while touring the Sumerian site of Eridu in the south of the country. He apparently collected them with the blessing of his tour guide, Geoff Hann, who later died in police custody, and under the gaze of representatives from the State Board of Antiquities and Heritage (SBAH) and local police.

Normally, the punishment for acquiring a few shards of pottery from an ancient site is a fine. But Fitton was found guilty under a 2002 law that carries a sentence of seven to 15 years in prison for stealing artefacts or antiquities; at the time of writing he is still in prison (he has lodged an appeal which will be heard in the next month). The SBAH declined to comment.

Fitton’s family have not been able to communicate with him since he was moved from the airport jail into the Rusafa Prison in Baghdad after sentencing. Leila Fitton says: “We are calling on the foreign secretary [Liz Truss] and junior ministers within FCDO [Foreign, Commonwealth and Development Office] to communicate with us directly, to stop hiding behind civil servants and copy-pasted press statements, and to publicly come out in support of my father and acknowledge the injustice of the situation.”

Foreign tourists had started flocking to ancient sites again after Iraq introduced a new visa scheme last year. But could the harsh sentence imposed on Fitton stop the source of foreign income in its tracks?

While antiquities tourism was lucrative in the 1970s and 80s, it was diminished considerably by 12 years of stringent United Nations sanctions and then by violence during and after the Iraq War. The Iraqi government shut down some fledgling foreign travel companies offering tours from 2004 to 2010, but a few reopened soon after that.

The current Iraqi government has primarily been concerned with the repatriation of looted objects, such as the prized 3,500-year-old Gilgamesh tablet, which was one of more than 18,000 artefacts that were returned last year, mostly from the US.

There is much speculation about what might have prompted such harsh action against Fitton. Some insiders see it as a political act, a nationalist play to the crowd disguised as a warning to tourists but really aimed at the domestic audience.

“The sentencing [of Fitton] is extremely harsh—especially because he’s obviously not involved in the illicit trade of antiquities,” says Ihab Zaki, the owner of Spiekermann Travel, who is based in Detroit. Zaki has been running bi-annual luxury coach tours of Iraqi heritage sites since 2012.

Whether intentional or not, “it was a stupid move”, Zaki says, “on the part of Fitton but especially on the part of the Iraqi authorities”. Zaki’s autumn tour of heritage sites is already half full, and his business has yet to be affected by Fitton’s conviction, but he is concerned about the general effect this could have on tourism.

“The Iraqi government needs to seek international expertise in tourism management and invest in infrastructure, such as clear signage in foreign languages, hotlines, etc. if they want to attract more visitors,” he says.

The archaeologist Tobin Hartnell, who will accompany Zaki’s autumn tour, says that “the industry is professionalising after decades of instability, and there are going to be misunderstandings along the way”. He adds: “The best advice for tourists is to respect the local laws which define an antiquity as anything older than 150 years and think twice before putting anything, even broken pottery, in their bag to take home.”

Zaki hopes that Fitton will be “released immediately—perhaps just with a fine and an apology”. He also hopes that the incident will not deter future visitors “to one of the world’s oldest civilisations”, calling cultural tourism a form of “soft diplomacy” that ideally “increases understanding between Iraq and the West”.

Iraq’s culture minister, Hassan Nadhem, meanwhile told the New York Times: “We support any kind of legal action against those who try to steal and smuggle artefacts.” He added that looting at archaeological sites has been a major problem in Iraq.

Would you invest in art without seeing it? New scheme invites users to buy into securitised—but unnamed—art loans