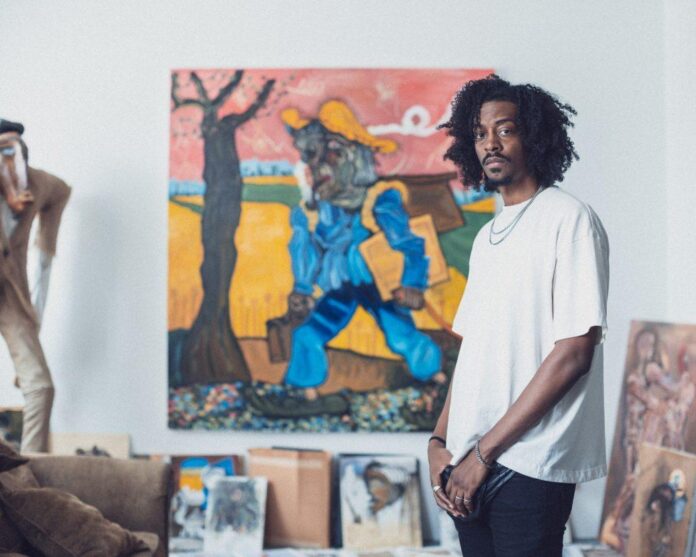 Crucifixion. Cannibalism. Decapitation. A noose hanging from a tree. Jameson Green’s current exhibition at Derek Eller Gallery contains enough violent imagery to send a wandering nun to her rosary beads. Abraham raises a knife to slice his son’s neck. Jesus slumps on the cross wearing a crown of thorns as gray as his face. The Three Wise Men’s heads are depicted piked on trees stubbed with nails.

Every one of these paintings, on view in “With Regards, Without Regards” through October 8, has sold to members of a 300-plus waiting list of collectors clamoring for the work of the 30-year-old artist. His gallery claimed that the average price of a Green painting has quadrupled in just two years from about $7,500 to nearly $30,000. Some paintings have been priced as high as $75,000. Private collectors are eager to buy, competing with cultural institutions like the Dallas Museum of Art and Pérez Art Museum Miami, which have already acquired his work. The numbers are almost certain to keep rising.

Green would prefer to avoid thinking about money, though it provides him the privilege of focusing on his art. Last October, he upgraded from a South Bronx studio to a larger space in Long Island City where his canvases have grown more than 14 feet wide.

“I would love to push the boundaries of painting,” said the 30-year-old artist, who graduated from his MFA program at Hunter College just three years ago after studying with professors like Juan Sanchez. He had trouble finishing paintings back then, so another teacher, Drew Beattie, delivered an ultimatum: work faster than your inner critic or slow down. 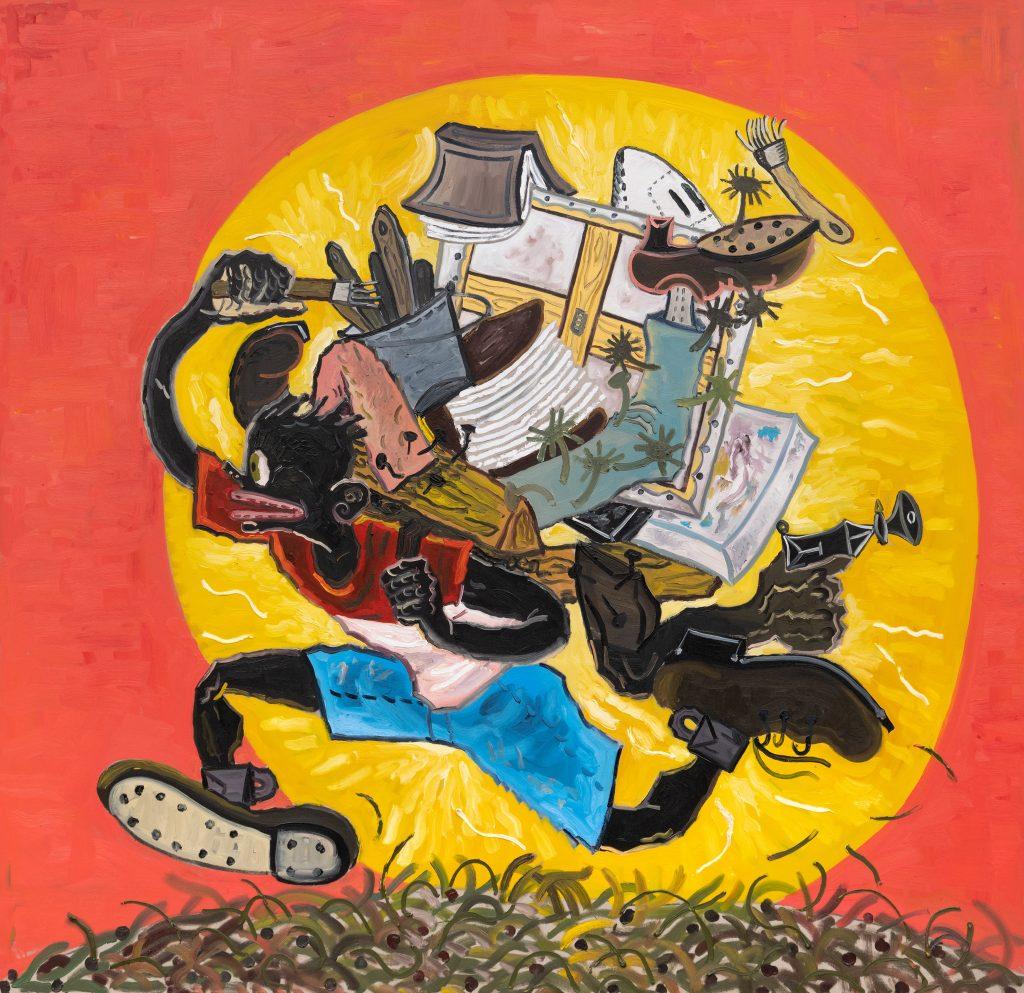 He leaned into the frustration, producing autobiographical paintings that combined art-historical references to Francisco Goya, Pablo Picasso, Oskar Kokoschka, and Philip Guston with the singed memories of a difficult childhood and his personal experiences with racism.

Green is a Black man who frequently includes symbols of racism in his paintings, like a klansman’s hood and a cartoon caricature of a dark-skinned boy with thick lips. These elements, he says, are “a representation of corruption in pursuit of power, racial division, bigotry, and through these things personal suffering,” which can make the paintings hard to look at. In one, a boy sits underneath a noose while painting the portrait of a man’s severed head.

Green’s embrace of such difficult material despite the risk of backlash has defined him as someone willing to expose his own vulnerabilities and contradictions. It’s a philosophy he gleaned from the artist Robert Crumb, whose comic books Green often read as a child at the New Haven public library in Connecticut.

Green’s mother was a music teacher who encouraged his creative pursuits and enrolled him in a special program called Educational Center for the Arts. He attended class there in the afternoons, surrounded by mostly white peers; it was a stark contrast, he said, to the public high school where he spent his mornings among Black students. Living between those worlds taught Green to navigate difficult conversations about race.

“I don’t think paintings need to apologize for anything,” Green said. “I’m going to be honest, even if that comes with saying something that people are uncomfortable with.”

Collectors find his candor to be exhilarating.

“It’s the way he paints,” said Beth Rudin DeWoody, a Whitney Museum trustee and real-estate heir who has collected artists like Nicole Eisenman, Cindy Sherman, and Hank Willis Thomas. She acquired two Green works through Derek Eller Gallery in as many years, including the aforementioned image of a noose and severed head, called You Reach For It, You Reach For Him.

The artist Derek Fordjour has also purchased a work, Pinocchio, which features a boy hanging onto a noose from the branch of a tree filled with crows and severed heads.

“It almost had a scholastic, childlike charm,” Fordjour told Artnet News. “But the content was so gripping and powerful that it really belied the manner in which it was painted.”

“Jameson is not interested in the lowest common denominator. He’s got his own lane and it’s not one that is particularly interested in beauty. In today’s market, that’s a refreshing take,” Fordjour added. 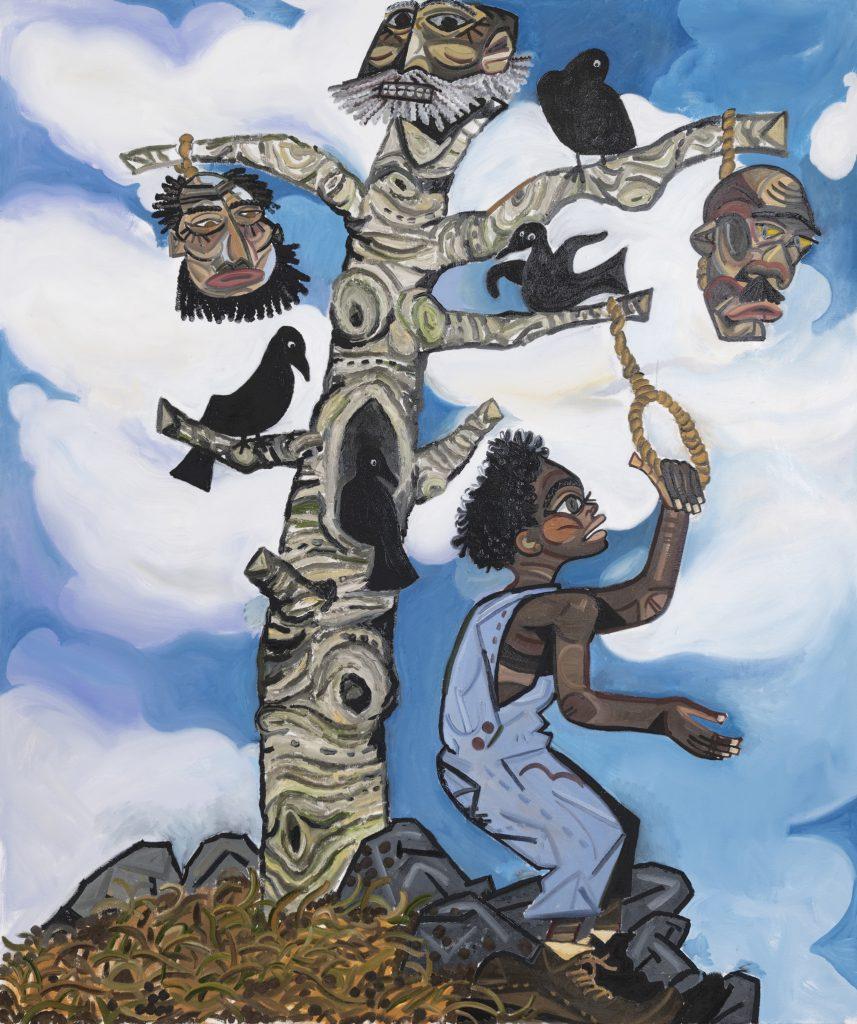 Derek Eller recalled his first encounter with Green’s work as more bracing than refreshing. In 2019, the dealer saw the artist’s paintings during the Hunter College MFA thesis exhibition.

“Sometimes you just get a feeling,” Eller said, admiring how Green could incorporate stylistic references to artists like Guston and Picasso without becoming derivative. “I was struck by how Jameson clearly had a voice strong enough to upstage the historical references within his work.”

Meanwhile, Green had been studying masterworks in the Metropolitan Museum of Art’s galleries, painting and repainting portraits by John Singer Sargent, Velázquez, and Vermeer to maximize his sensitivity to the feeling and tones of the greats.

At the beginning of 2020, Eller decided to include Green in his lineup for the online edition of Frieze. One year later, the artist was getting his debut solo exhibition at the gallery, “Fiends’ New Moon Ballet.” 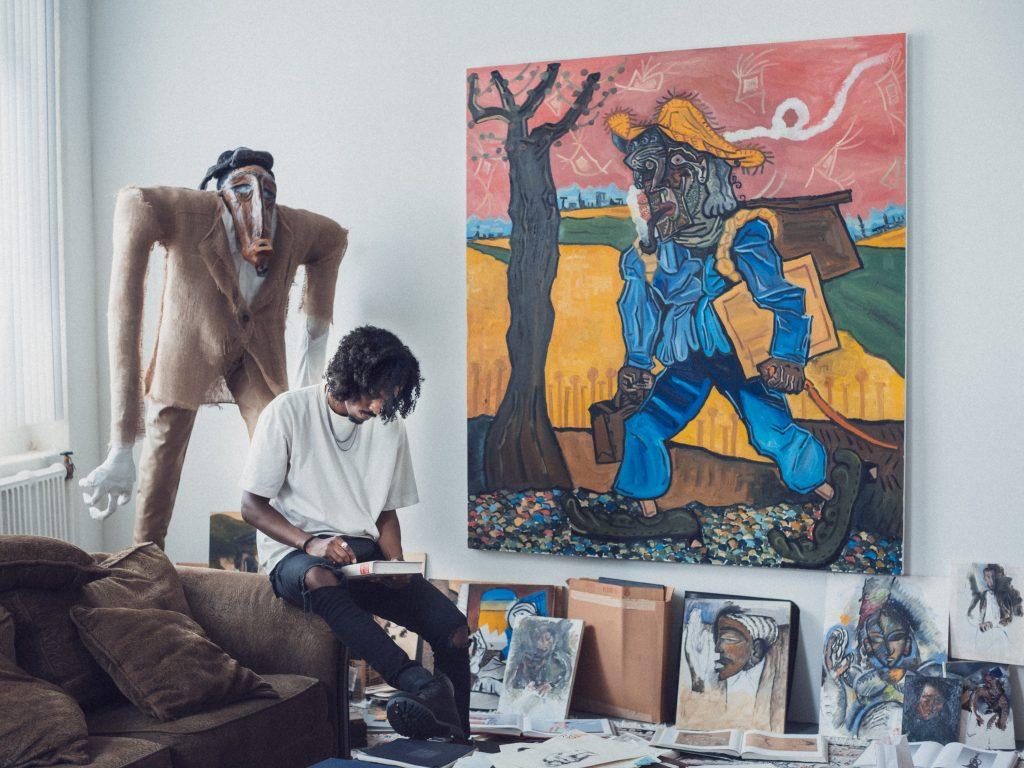 That a relatively unknown artist with a small online presence and short resume became so popular so fast is a testament to changing tastes in the market, Eller said. Over the past several years, prices for figurative paintings by an anointed cast of young artists—particularly artists of color and women—have skyrocketed on the secondary market. However, some admirers hope that Green can avoid falling victim to speculation.

“I always worry about young artists,” DeWoody said. “What happens is that people start flipping their art because they think they can get $1 million for something I bought for $30,000. Once they get to a point like Jameson, you aren’t going to get it unless you’re willing to pay very high prices at an auction.”