Home News New York to get major photography fair in September 2023 at Javits... 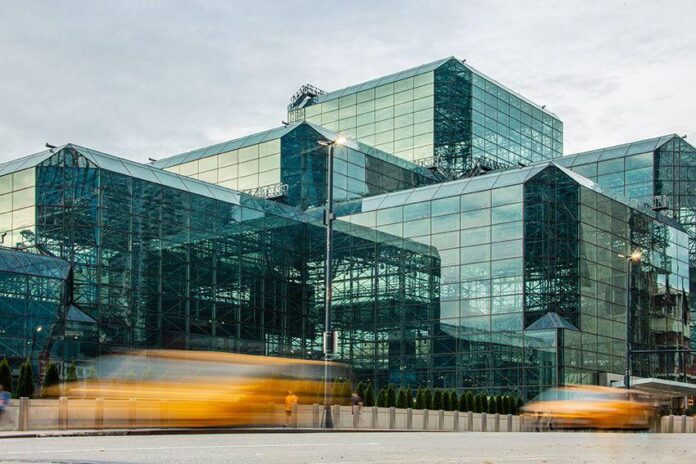 A new contemporary art fair for photographic and digital-based work will take place between 8 to 10 September next year at the Javits Centre in Manhattan. Comprising around 80-100 exhibitors, it will run alongside the Armory Show, held in the same location.

Photofairs New York is the sister fair of Photofairs Shanghai, Asia-Pacific’s largest commercial event for photography, which was launched in 2014. Due to Shanghai’s strict lockdown rules and a rescheduling of dates, there will be a 17 month gap between the last edition of Photofairs Shanghai, which took place in November 2021, and its next one, in April 2023. The 2021 edition saw 52 exhibitors take part, including Shanghai’s Vanguard Gallery and Klemm’s from Berlin.

Both the New York and Shangai fairs are organised by the art events company Creo and its business partner, the trade fair company Angus Montgomery, a stakeholder in the bulk of East Asia’s leading art fairs, including India Art Fair in Delhi, Art Central Hong Kong and the forthcoming Art SG Singapore and Tokyo Gendai.

This is not Creo’s first foray into the US market, having launched Photofairs San Francisco in 2017. The fair held its second and last edition in 2018, announcing its closure in March 2019. At the time, Angus Montgomery Art’s then-chairman Sandy Angus described the fair as having cost the company $1m over two editions.

“Photofairs San Francisco and New York are two very different products, being on opposite coasts,” Creo’s chief executive Scott Gray says. “They are also launched five years apart—a lot has changed in the photography and digital-based art market since then.”

Gray is unsurprisingly bullish about the prospects of the new fair, pointing out that the photography sector is performing comparatively well, due in part to its ability to attract younger collectors. Moreover, photography collectors are “far more amenable” to acquiring digital-based works than their more traditional counterparts, Gray says, providing Creo with a clear growth plan. The Shanghai fair has, in recent years, pivoted to accommodate more digital-based work. NFTs, which were shown at Photofairs Shanghai 2021, will be expected to appear at the inaugural New York event.

And while San Francisco’s art trade is “boutique”, New York is home to arguably the biggest photography market in the world, Gray says, including some of the greatest public and private collections and institutions to focus on the medium. Photofairs New York intends to partner with a number of these for its inaugural event.

While other commercial photography events in New York exist—including the world’s longest running, The Photography Show, which held its first edition in 1979—Gray believes that the considerably larger Photofairs New York can “plug a gap” in the market by offering “a global event” with a focus on digital art and new media as well as photography.

To achieve this, it will draw on Angus Montgomery’s extensive network of VIPs, which includes a particularly strong list of Asian buyers. However, Gray stresses that, much in the way that Photofairs Shanghai, with its predominantly East Asian exhibitor line-up, serves the local community, Photofairs New York will be its own distinct event that won’t feel like a “transplant of an Asian fair in the US”. Nonetheless, he adds that naturally there will be a strong group of Asian galleries and likely many high-profile Asia-based collectors at the New York event.

Asked whether Creo’s New York launch and recent London acquisition are linked to the continued difficulties of holding live events in China, Gray says that the company was looking to diversify into Western markets well before the pandemic, and that it remains “mindful” of the geopolitics of all regions it operates in.