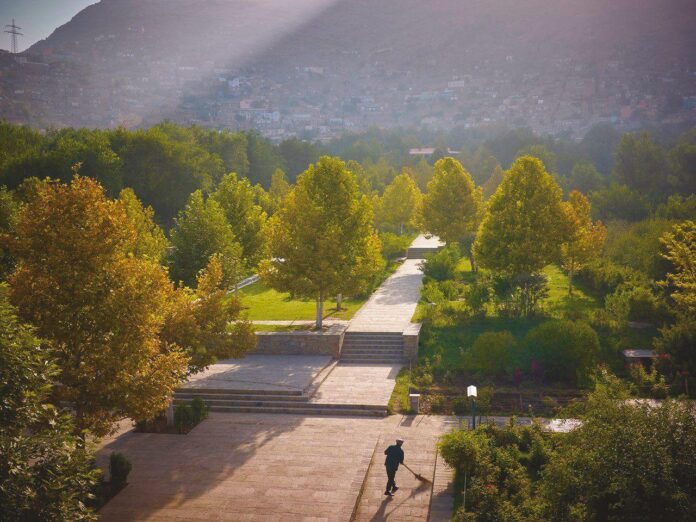 The application by the Taliban to add a historic garden in Kabul to the World Heritage List lies in limbo. In January 2022, the authorities in Afghanistan submitted a nomination dossier to Unesco to list Bagh-e Babur (Babur’s Garden) as one of its properties. However, the United Nations (UN) agency is yet to formally acknowledge the receipt of the application, the first step in what is generally a two-year review process.

“Unesco, contrary to its own procedures related to listing important cultural and historic sites from its member states, which Afghanistan has been a member of since around 1948… has unfortunately begun playing a political game in Bagh-e Babur’s case,” Atiqullah Azizi, Afghanistan’s deputy minister of culture and art, tells The Art Newspaper. “Much to the disappointment of the Afghan people it [the dossier] has still not been processed and it really brings into question Unesco’s nature of work and activities. Listing Bagh-e Babur as a World Heritage Site is the right of the people of Afghanistan and this right must be respected.”

Azizi further confirmed that Afghanistan had not been provided with any “justified reason” for the delay in processing the application. The Aga Khan Trust for Culture (AKTC), the institute that consulted on the nomination dossier—first at the request of the previous Afghan government in 2020, then finalising the application under the Taliban in 2022—confirms the claims.

“They [Unesco] have neither confirmed nor officially denied that they have received the application,” says Ajmal Maiwandi, the chief executive of AKTC Afghanistan. “Neither have they made progress with the nomination, nor have they responded by saying they won’t accept the application. It seems the application dossier itself is lost in limbo, mirroring the political situation of Afghanistan.”

When contacted by The Art Newspaper, Unesco stated that it does not comment on the nomination of sites for World Heritage listing before they are examined by the World Heritage Committee. In the past, Unesco has confirmed that while it operates in Afghanistan, it limits its engagement and acts of recognition of the Taliban’s government.

The fate of the nomination dossier took another unexpected turn in November 2022 when the Taliban’s Ministry for the Propagation of Virtue and the Prevention of Vice announced it was banning women from parks in Kabul for “not respecting Sharia laws”. It is unclear whether the site can be considered for the World Heritage List if women are not permitted to access it.

“Were the exclusion of women from secure public gardens to remain permanent, it will undermine one of the key values on which Bagh-e Babur was eligible to become a World Heritage Site—mainly, that the site has significant social value for all the people of Afghanistan,” Maiwandi says.

However, Azizi says the restriction should not be part of the considerations and hinted that there are ongoing discussions to remove it. “The nomination of Bagh-e Babur to the World Heritage List shouldn’t be linked to restrictions on women’s visitation, since the restriction is a temporary issue,” he says. “The parks issue will be resolved after an assured mechanism is in place that will follow Islamic values and Afghan traditions and then women will be allowed.”

It is unclear what further mechanisms can be implemented in Bagh-e Babur, which was already split into two areas, one for women and families and another for single men, as is customary in many public spaces in the country.

Located in the southwest of the old city of Kabul, the walled garden has been on Unesco’s Tentative List since 2009. It was created around 500 years ago by the emperor Zahiruddin Muhammad Babur Padshah Ghazi (known by his nickname Babur), the founder of the Mughal dynasty whose rule extended from Central Asia to India. Babur spent much of his time in the garden, using it for poetry readings, celebrations and even to plan and launch his military campaigns.

The country’s civil wars left the terraced garden—which comprises historic structures such as Babur’s tomb, a 17th-century marble mosque, a Queen’s Palace and a pavilion that dates from the 19th or early 20th century—in ruins.

In 2008, after extensive conservation work was completed on the 11.5-hectare site by AKTC, co-funded by Germany, the garden was once more opened to the public and instantly became a popular attraction. The historic park received over eight million visitors between 2008 and October 2022.

If the Bagh-e Babur nomination is accepted, it can open the doors to expertise and financial assistance funds for the site through the World Heritage Centre and increase cultural tourism. Afghanistan currently has two sites on the World Heritage List: the Minaret of Jam and its archaeological remains, and the Bamiyan Valley and its cultural landscape and archaeological remains.

The U.S. Has Returned Seven Very Ancient Seals That Were Stolen From the Baghdad Museum After One Appeared in an Online Auction