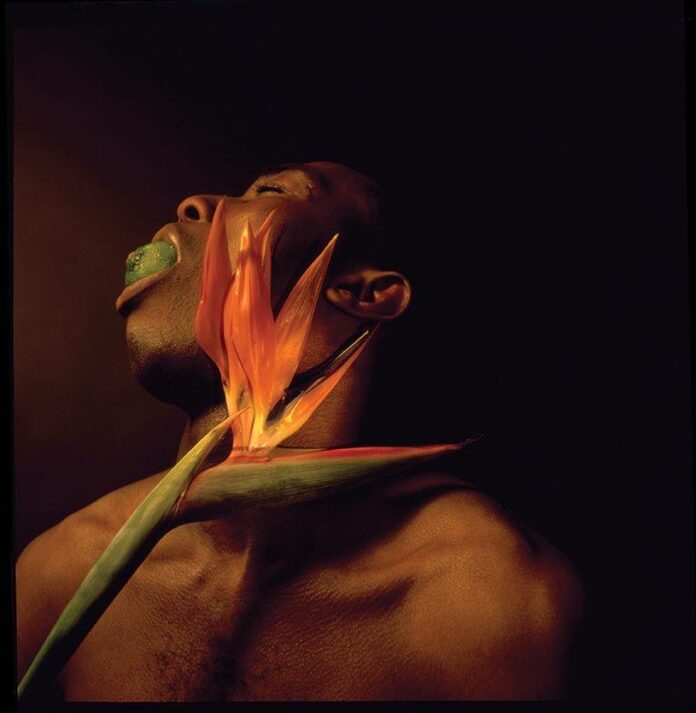 From its inception in 1991 until it closed in 2001, Revue Noire magazine published work by more than 3,500 artists of African origin or who were living on the continent. With a focus on photography, its mission was to demonstrate that there “was art in Africa”, say the magazine’s founders Jean Loup Pivin and Pascal Martin Saint Léon—a consideration often overlooked by many in the mainstream art world at the time.

The Revue Noire exhibition, curated by Pivin and Léon, features more than 140 images by around 30 international photographers. “Our aim is to show how Revue Noire supported (and symbolised) the emergence of different forms of artistic expression within Africa—from the visual arts to literature, cinema to music, spanning a variety of aesthetics and messages,” say the curators. “We also want to show how the publication became a vehicle for spreading knowledge and inspiring others, illustrating the extent and diversity of African artistic practices in all fields.”

Among the highlights will be works by the Senegalese studio photographer Mama Casset, the renowned Malian photographer Malick Sidibé and Nigerian-born Rotimi Fani-Kayodé, who co-founded Autograph ABP gallery in London.

“Our main focus is to exhibit photographs in a country where photography has been a major visual expression for several generations—and where, as bizarre as it is, it is most misunderstood,” say Pivin and Léon. “In particular, Antananarivo was a hub for photographic practices—not just studio photography but also humanist photography, photojournalism and more aesthetic forms of photography.”

The significance of the exhibition taking place in Africa cannot be overlooked, considering the legacy of African art as classified through a Eurocentric, colonial or neo-colonial lens. “Exhibitions exploring Africa’s cultural heritage are seldom hosted on the continent itself or countries of the Indian Ocean,” say the curators. “We want to show that, all over the world, there are thousands of photographers who have each contributed to the artistic landscape of Africa—and that the continent cannot always be reduced to a few photographers on the basis of ‘exoticism’.”

• The Spirit of Revue Noire: a Founding Collection, Hakanto Contemporary, Antananarivo, until 31 March 2023