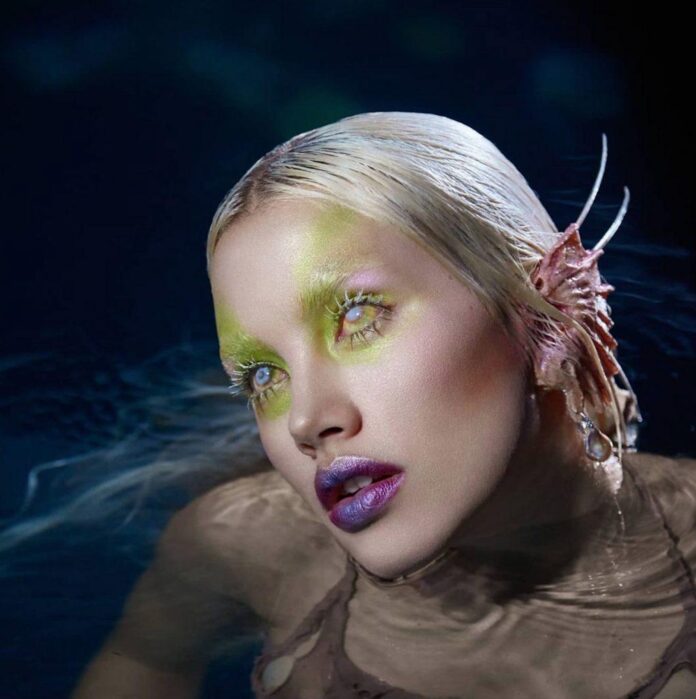 At first blush, one might describe Isamaya Ffrench as a makeup artist (or MUA), but the label proves woefully reductive. While her painted faces have graced the runways of Thom Browne, Junya Watanabe, and Vivienne Westwood, she is an artist with a capital A.

Citing English painter Francis Bacon, French photographer and perfumer Serge Lutens, and Japanese illustrator Hajime Sorayama as inspirations—visual artists who were once on the vanguard of innovation—Ffrench is now carrying the torch forward in her own way.

Using the human face and body as her canvases—including those of Cher, Bella Hadid, and most recently Kate Moss for the September 2022 cover of French , not to mention her own—she often conjures whiplash lines characteristic of Art Nouveau while employing Brutalist materials like concrete and steel. Armed with an in-depth knowledge of prosthetics and a Dadaist color palette, her oeuvre integrates the visual legacy of the 20th century with an elevated style twist that feels eerily foreign.

In , a 2021 performance piece she created for WePresent, Ffrench slithers out of a bathtub onto a floor of concrete slabs under flickering lights, her head covered in tentacles. In a world of pretenders, she is the genuine article—something unflinching and avant-garde.

“Isamaya Ffrench is a visionary,” said Edward Enninful, the editor-in-chief of British . Meanwhile, dubbed her the “Salvador Dalí of modern makeup.” 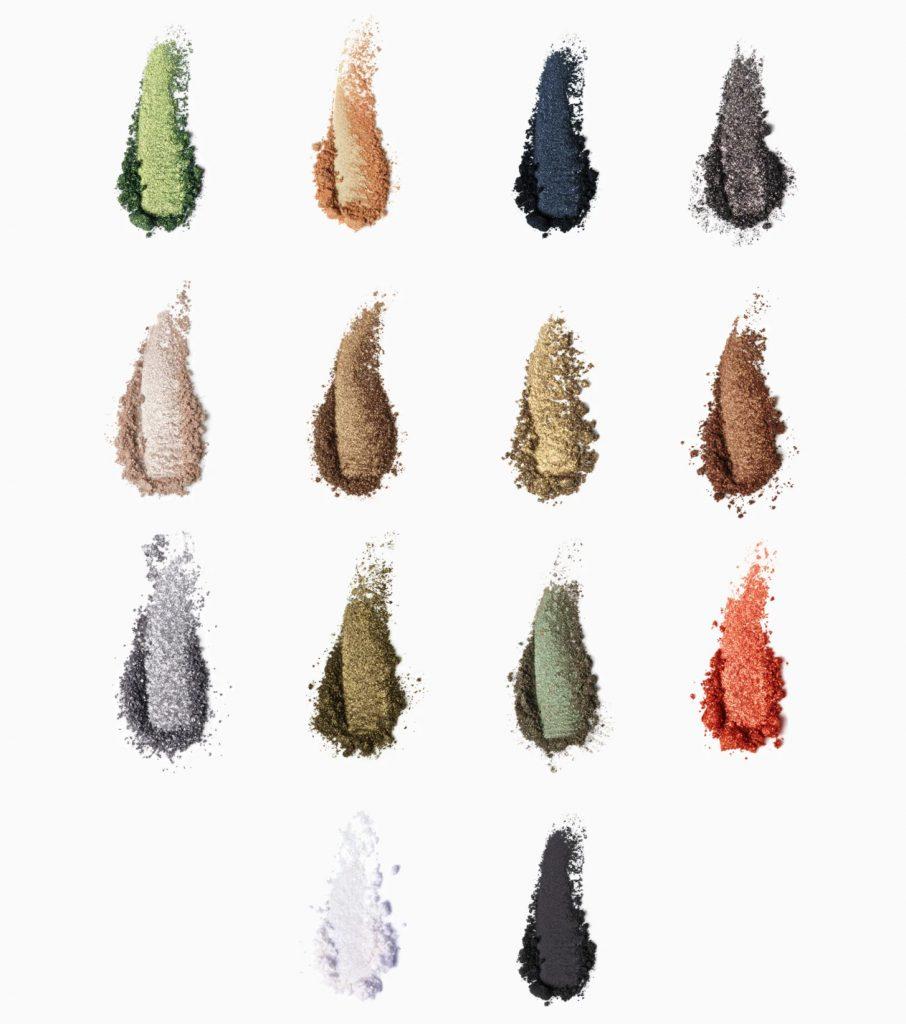 Ffrench’s artistry is too idiosyncratic for comparisons, however. And now, she has literally launched her own brand, Isamaya Beauty. It offers vegan as well as cruelty- and paraben-free cosmetics in themed capsule collections, dropping every few months in limited editions.

“Surrealism actually feels too contrived for me, or too far from the truth—a bit like fashion versus art,” Ffrench told me over matcha lattes one recent afternoon at Soho House in London’s Mayfair. Wearing a structured black bodysuit with peekaboo cutouts, figure-hugging acid-washed jeans, dramatically winged eyeliner, and a broad smile, she exuded (as the French would say).

“People might assume I’m drawn to fantasy because of the creative nature of my work, but I’m actually not. I’m a truth seeker.” (Incidentally, for the May 2020 cover of British , Ffrench painted the word “truth” across Rihanna’s eye line.)

She continued: “I’ve always been taken by Art Nouveau’s appreciation for the natural world. I’m also a sucker for Dada and Brutalism—I love the graphic, fierce honesty that comes with those styles and materials.”

Ffrench’s uncanny, sculptural creations have bedecked the covers of various  editions, as well as the pages of and. For an October 2017 spread shot by Daniel Sannwald, she transformed musician Yves Tumor’s teeth into cracked white-and-blue porcelain veneers with gold seams, both nodding to the ancient Japanese art of Kintsugi (which mends broken ceramics with lacquer and gold) and playing with the pop-culture imagery of blinged-out grillz. 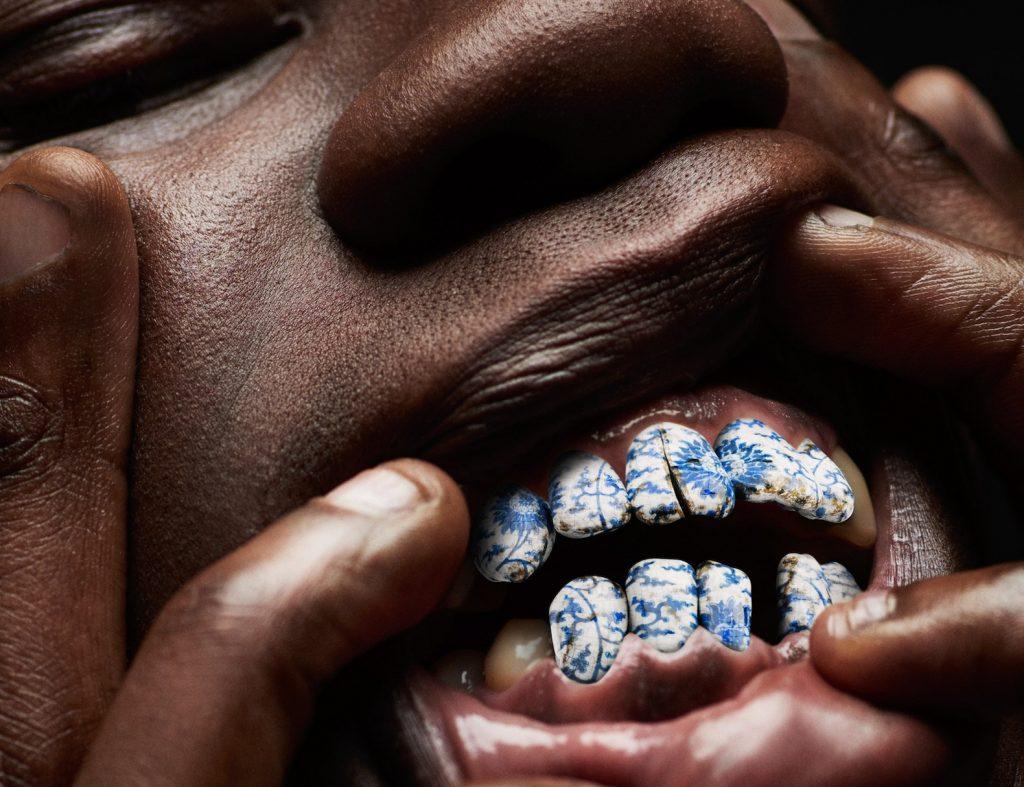 “Isamaya has such authentic creativity,” said Riccardo Tisci, the chief creative officer of Burberry, for which Ffrench has served as the global beauty director since 2020. “She isn’t afraid to push boundaries” (see the prosthetic Bambi-inspired ears she created for the brand’s Spring 2022 womenswear presentation).

Ffrench’s non-traditional story began in her hometown of Cambridge, England, where as a child she fell in love with the Kevyn Aucoin tomes and. Later, while studying in London, she learned face painting to earn some extra money, which led to working at posh children’s birthday parties (think Coldplay offspring).

Before long, she found herself painting adult faces at British designer Christopher Shannon’s 2011 menswear presentation. Her playful creations were spotted by , which hired Ffrench for her first fashion photography shoot—and the rest, as they say, is art history.

“I was alien to the makeup industry,” said Ffrench, who studied product design at Central Saint Martins and trained as a professional dancer. “My first ever shoot was as a body painter” (in 2011, with British digital artist Matthew Stone, she transformed the model Alek Wek into a living clay sculpture for ). “I suppose that was refreshing to the creative people who hired me for editorials.

“With makeup, you’re painting on a 3D canvas, but I approach it as a means, not an end. I use it as part of a bigger picture, and if that bigger picture requires me to create something makeup can’t reach, I’ll go further and use other things.”

In Paco Rabanne’s 2019 fragrance commercial, she used elaborate face, ear, arm, and horn prosthetics, combined with snake-eye lenses and facial rhinestone appliqué, to create a sparkling menagerie of sexy aliens. And for , a short film that she made with Byredo (where she was previously the creative director) and Italian in 2022, Ffrench tapped her old dance troop—the multidisciplinary, London-based Theo Adams Company—to choreograph a -esque routine. 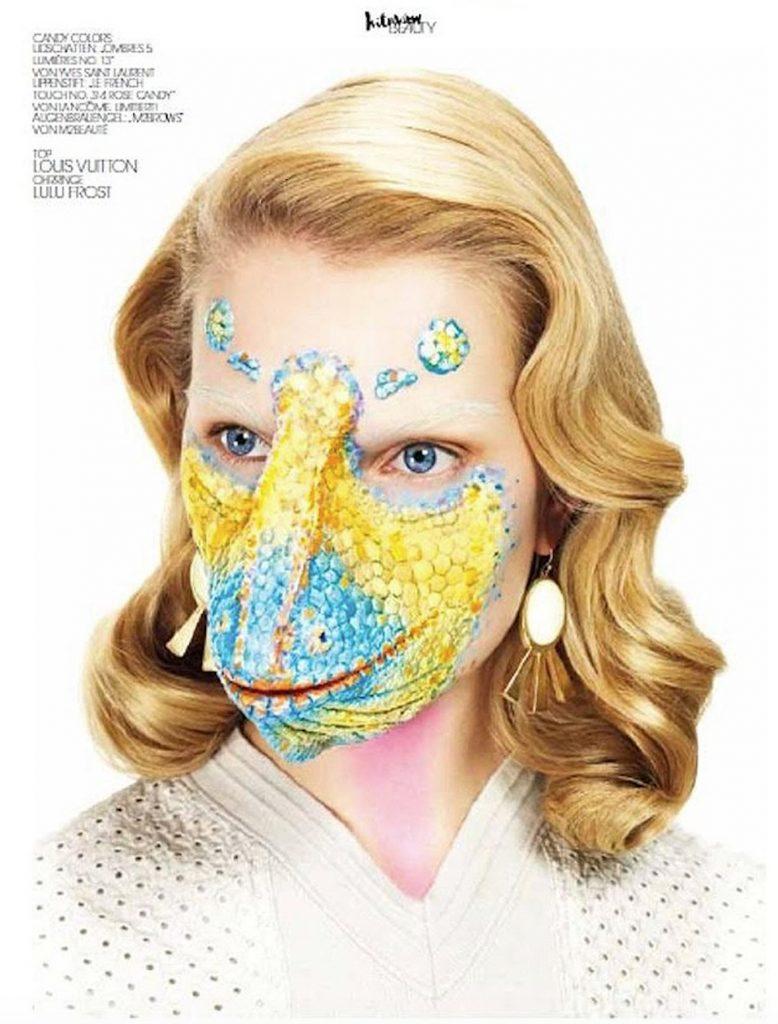 In addition to makeup, Ffrench often works with prosthetics. Shot by Daniel Sannwald for Interview Magazine. Courtesy of Isamaya Ffrench.

“Isamaya is a maestro in the field of ‘It shouldn’t work, but it does,’” the British painter Benjamin Spiers told me. “It’s fascinating to talk with her about art because her incredibly specific and deeply astute visual intelligence always brings something new into the light. That intelligence manifests in everything she does, from her own art to how she dresses.”

He added, “It’s always a pleasure to see her because it’s always a surprise. Which is another way of saying she’s a risk-taker, she’s restless; she’s an explorer, always inclined to try and find a novel way of doing things.”

“There are so many art forms and subcultures that never make it into the commercial beauty world, and I’m excited to champion those,” said the artist, who is getting ready to drop her next collection this fall. “It is going to be wild—with a capital W.”

Morris Hirshfield Worked Most of His Life as a Tailor—Here Are 3 Things to Know About the Self-Taught Artist Who Was Revered by the...