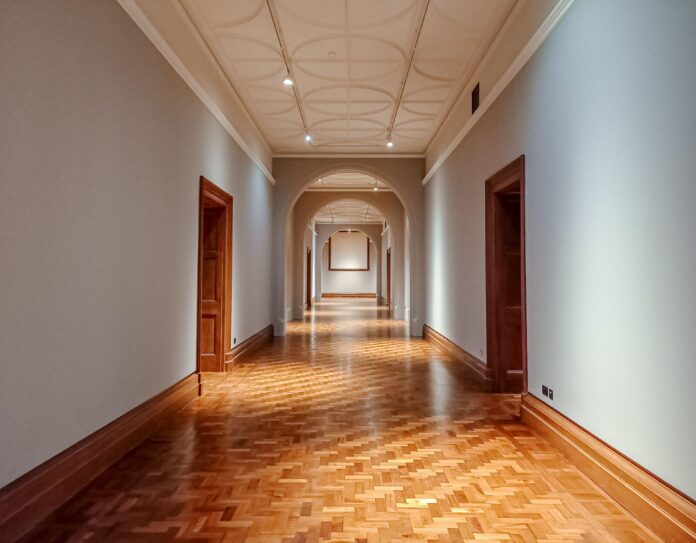 The National Portrait Gallery (NPG) in London has accepted a £10m gift from the foundation set up by the British-American businessman Leonard Blavatnik. To recognise the donation, the Trafalgar Square institution’s will rename its first floor the “Blavatnik Wing”. The nine galleries of the “wing” will be refurbished and are set to open in spring 2023, when the NPG reopens following its three-year closure and £35.5m revamp.

In an Instagram post, Nicholas Cullinan, the director of the NPG, said: “Proceeds from this generous donation will support our redevelopment and have also enabled the purchase of a disused ticket booth opposite the Gallery’s new entrance, kick-starting a further phase of transformation and marking the next chapter for the NPG.”

The Blavatnik Wing will be used to exhibit a comprehensive redisplay of the gallery’s permanent collection, showing portraits of some of the key figures in British history, from the Tudor era through to the mid-20th century. The new display will begin with a portrait dating back to 1840 and it will end with works from 1945, when Britain entered a new era after the cessation of the Second World War.

Notable portraits will include those depicting the naturalist Charles Darwin, who founded the theory of evolutionary biology; the political activist Emmeline Pankhurst, a key figure in the suffragette movement; and the British-Jamaican nurse Mary Seacole, who set up a field hospital behind the lines during the Crimean War. Portraits of key British prime ministers, including William Gladstone and Benjamin Disraeli, as well as writers such as Oscar Wilde, Virginia Woolf and the Brontë sisters will also be on show.

The Blavatnik-sponsored galleries have been designed by the architectural firm Jamie Fobert Architects working in partnership with the architects and heritage consultants Purcell. The redevelopment will also see the return to public use of the gallery’s East Wing, which will be named the Weston Wing.

Blavatnik’s wealth totals $35.4bn, according to the financial publication Forbes, making him Britain’s richest man. He was born in 1957 in Odessa, Ukraine, to a Jewish family. After moving to Moscow as a child, he made his initial fortune after the collapse of the Soviet Union in Russia through the ownership of newly privatised aluminium and oil assets. In the UK, he is best known for owning most of Warner Music Group, one of the largest record labels in the world.

Blavatnik is a long-term investor in London’s institutional art world. In 2011, he donated more than £50m to the Tate Modern gallery in London—the largest donation in the gallery’s history. In 2017, the gallery named their new £266m extension building the Blavatnik Building. In December 2020, Blavatnik made a donation of £10m towards the renovation of the Courtauld Institute of Art in Somerset House, London. In February 2022, he made a multi-million pound contribution to the city’s Imperial War Museum. The money will be used to establish the Blavatnik Art, Film and Photography Galleries. He was knighted by the late Queen in 2017.

Blavatnik is also a business associate of the Ukrainian-born Russian billionaire businessman Viktor Vekselberg, who has been subject to EU and US sanctions since 2018 for his close links with the Kremlin. Vekselberg was also an honorary member of the Tate Foundation after making donations to the British art institution, but the Tate severed relationships with him in the wake of the war in Ukraine. In a statement, Vekselberg said he had been victim to “demonstratively baseless assumptions”.

Blavatnik’s name has not appeared on any official sanctions list before or since Russia’s invasion of Ukraine in February. The Blavatnik Family Foundation has donated millions of dollars to a range of charitable organisations working to assist Ukrainian refugees displaced by the war.