Home News Most Tennis Players at the U.S. Open Are Sponsored by Sports Brands.... 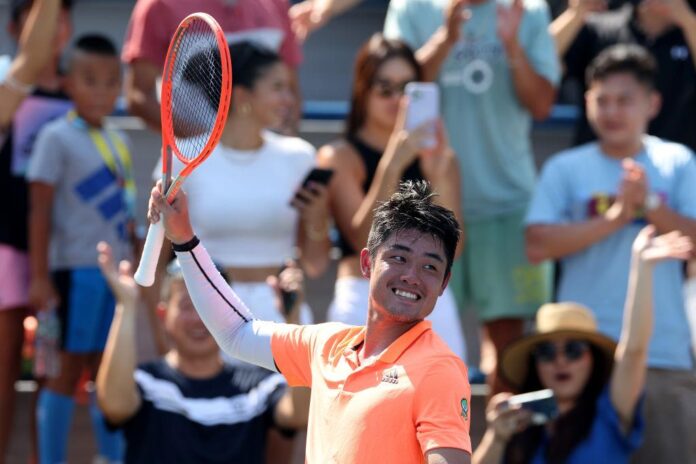 Regardless of the result of the match tonight, Chinese men’s singles tennis player Wu Yibing has already made history for his country—and a little bit of art history, too.

Wu became the first Chinese man to reach the third round of the U.S. Open. On Friday, the world will watch him face off with Daniil Medvedev of Russia, the No. 1 seed and defending champion.

Wu’s name dominated the trending topics on social media in China this week—and many were curious to know about the origin of an artful medallion on the left sleeve of his jersey.

The medallion, it turns out, is the result of a collaboration between Wu, Chinese artist Xu Lei, and collector and X Museum founder Michael Xufu Huang. It is based on a Xu’s (2021), which is part of the X Museum’s collection and currently on view at the Chinese Pavilion at Venice Biennale. The series was inspired by German Romantic painter Caspar David Friedrich as well as Chinese Song dynasty landscape paintings.

There is a pun embedded in this collaboration, Xufu Huang noted. “Xu Lei says he is thrilled that this painting could be shown as a miniature on the jersey to give the athletes ‘a helping hand,’” he told Artnet News. “The artist believes that although sports are seemingly a different field from art, they both bring a wide range of ornamental and visual value, which, in traditional Chinese thought, is a balance between the two extremes, and is also ancient Greek art, an amalgamation of strength and beauty.” 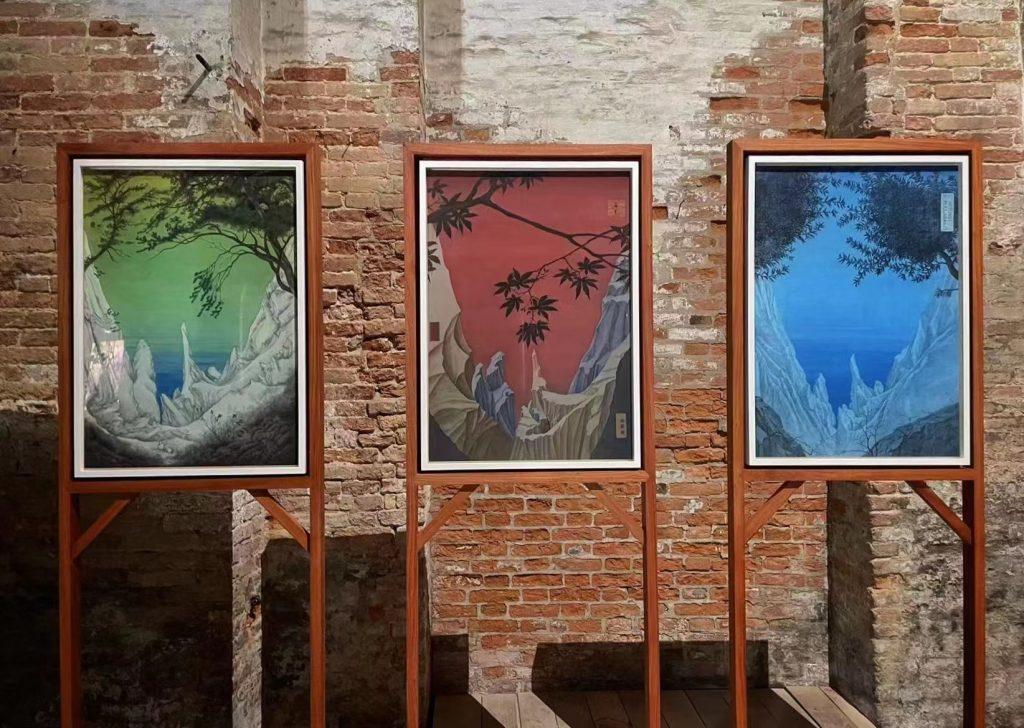 Xu Lei’s “The Variations of Chalk Cliffs at Ruegen” on view at China Pavilion at Venice Biennale. Courtesy Xu Lei the artist

According to Huang, the X Museum was the first art institution to sponsor a tennis player by putting a work from its collection on the player’s jersey. “It was a bold move, but it paid off,” Xufu Huang said. Friday’s match will be massively televised in China and around the world.

The project comes out of X Mobile Museum, a new initiative from the museum that came out of lockdown.

“When I found out that the world’s most famous athletes would play with their sponsor’s logos on the court, I asked myself, ‘Why can’t the museum sponsor the athletes?’” Xufu Huang said. “I knew that Wu Yibing was a very promising athlete, and he was in particularly good shape after coming back from injury.”

This isn’t the only intersection between art and tennis at the U.S. Open. Five artists are presenting works on the grounds of the tennis championship in a presentation organized by the Armory Show. 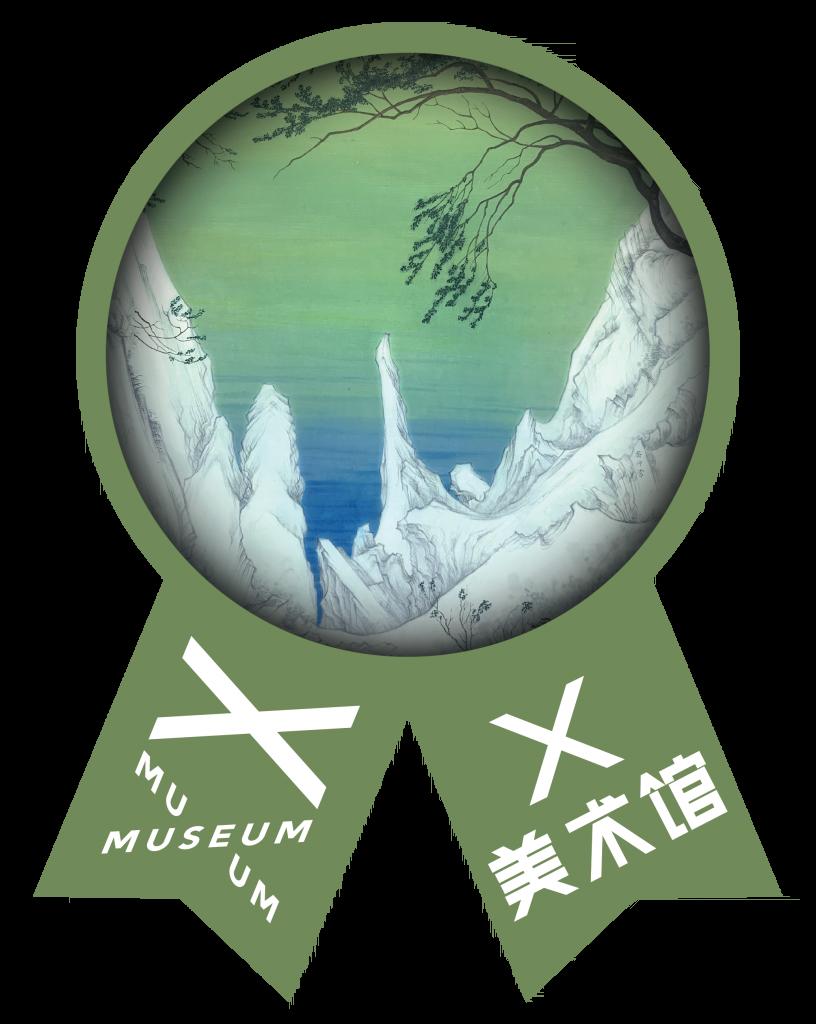 Xufu Huang pointed out that the Open is very strict about the size and number of sponsor logos, so they had to decide between using the museum logo and a miniature artwork. The idea of using the jersey as a moving canvas eventually prevailed. It was, Xufu Huang said, “a perfect entry point for the world audience to understand Chinese contemporary art.”

Amazing Wedding Photography From Around The World, The Winners of the MyWed Award