Home News Mumbai to get major new venue for art and performance—funded by one... 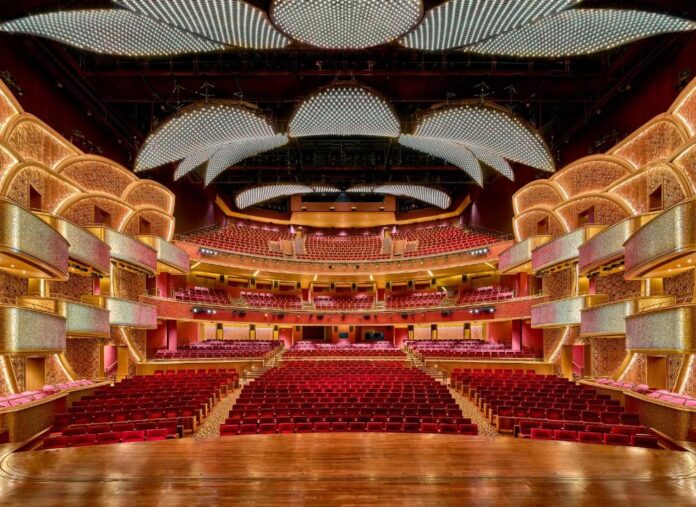 A major new centre for performance and visual arts will open next March in Mumbai. The Nita Mukesh Ambani Cultural Centre (NMACC) is named after its founder, the philanthropist Nita Ambani. She is the wife of India’s second-richest man Mukesh Ambani, the billionaire chairman of the conglomerate Reliance Industries.

The forthcoming venue will contain 1,500 sq m of purpose-built exhibition space and three theatres. The largest of these, a 2,000 seat “bigger than Broadway” space, will include an installation on its ceiling made of 8,400 Swarovski crystals in a lotus petal formation, according to a press release. Public art installations will be on view throughout the centre, including a work by Yayoi Kusama.

The first details of the NMACC’s opening programme have also been announced. These include a fashion exhibition curated by the Vogue editor Hamish Bowles that will examine the impact of Indian dress & textiles on global fashion from the late-18th century to today. This show will feature loans from the Victoria & Albert Museum in London of clothes by Jean Paul Gaultier, Christian Dior and Yves Saint Laurent.

Meanwhile the American dealer Jeffrey Deitch will co-curate an exhibition alongside the India cultural critic Ranjit Hoskote titled Sangam Confluence, which will show works by Indian contemporary artists side by side with Western artists, such as Anselm Kiefer and Raqib Shaw, who count India as one of their influences. And a dance, music, and puppetry performance exhibition around India’s journey as a continuous civilisation will be directed by the Indian playwright and director Feroz Abbas Khan.

The NMACC will be the main cultural venture of a much larger commercial development project envisioned and funded by Nita Ambani—the Jio World Centre in the city’s Bandra Kurla Complex neighbourhood (BKC). This 18.5 acre development will erect India’s largest convention centre, a vast ballroom, apartment complexes and retail and dining facilities.

Nita Ambani, a former Indian classical dancer and board member of the Metropolitan Museum of Art in New York, says in a statement that she hopes the NMACC “will make art more accessible to all Indians while connecting Indian contemporary artists/designers with the rest of the world”.