Home News Museums and Private Foundations From Bangladesh to Miami Are Flexing Their Muscles—and... 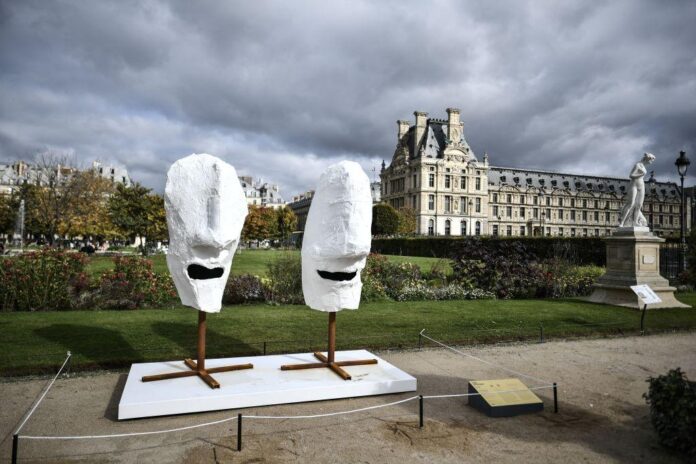 Curators and other representatives of art institutions from around the world—especially private museums—made a strong showing at the first edition of Paris+, according to exhibitors and information from fair organizers.

“There are absolutely a lot of museum people here,” said Ciléne Andréhn of Andréhn-Schiptjenko, which recently opened a gallery in Paris, adding to their space in Stockholm. Without wanting to directly name FIAC, the local fair that Paris + by Art Basel outbid for its October slot in the city, she noticed “more international visitors and institutions, compared to previous Paris fairs at the same time of year.”

For months leading up to the highly anticipated, inaugural fair, word around town was that several museum groups were skipping Frieze, held last week in London, and sticking entirely to Paris instead. Though Paris + would not provide an exhaustive list of participating art institutions, Artnet News did notice several museums that were marked to attend Paris +, but were absent from Frieze, according to the lists both fairs provided. However, due to the incomplete list from Paris +, it was impossible to determine whether there were institutions who traveled to London but not Paris.

Museums that were at Paris +, but not at Frieze, according to the lists, include: The Hirshhorn Museum from Washington, DC, Museo Tamayo from Mexico City, the Nasjonalmuseet and Munchmuseet from Oslo, the Zacheta, National Gallery of Art from Warsaw, and the Moderna Museet from Stockholm.

Paris, it turned out, was certainly the place to be.

“All my friends are here!” enthused Rajeeb Samdani, the Bangladeshi collector and co-founder of the Dhaka-based Samdani Art Foundation, who said he hadn’t been to a fair in Paris since the pandemic. His wife and foundation co-founder Nadia Samdani said they had acquired a large painting by artist Guglielmo Castelli at Mendes Wood DM, which devoted a room to the artist’s enchanting paintings, a crowd favorite. The Samdanis also commissioned a new work by emerging artist Pol Taburet, who recently joined Mendes Wood DM.

David Hoyland at Seventeen gallery, London, said he hadn’t been to Paris in years, but was pleasantly surprised at his experience so far. On Wednesday, museums and visitors from all over the world passed through his booth featuring a video installation by Patrick Goddard (born 1984), called Whoopsie’s Dream. It was acquired in its entirety by the Rubell family, which runs a private museum in Miami, on the first day. The installation uses right-wing rhetoric to comment with dark humor on anti-immigrant extremism, using a little fluffy dog as the main antagonist.

“It still feels like the FIAC, but there are more international curators, institutions and other visitors, particularly from the U.S., Asia, and the Arab World,” observed Aaron Harris of Zeno X Gallery. Fiac had always been a successful fair for the gallery, Harris added, but the buzz around the glitzy, new arrival meant “anticipation was very high… and we haven’t stopped all day. It’s part of a general trend, where Paris has become a new market hub.” The gallery placed two pieces with institutions, including one work by in-demand artist Marina Rheingantza, and another by Mounira Al Solh, who will have her first show with the gallery in November.

David Zwirner gallery made more than $11 million in sales on the first day, including a work by Anni Albers for $450,000 to an Asian museum. The day’s results were “certainly numbers that we weren’t able to achieve here in Paris in the past,” according to a gallery representative.

Elsewhere, Jocelyn Wolff, of the eponymous Paris gallery, said institutional placements were typically made later during the fair, but he saw visitors he wasn’t used to seeing in Paris, including from the New Museum in New York, as well as the Zapopan Art Museum in Guadalajara, to name a few.

Wolff added that another new arrival to the fair was the Louvre’s director Laurence des Cars. “She really came to look, and not to be seen,” said Wolff, who was surprised that Des Cars knew about several of the artists in the gallery’s roster, including Miriam Cahn and Franz Erhard Walther.

Des Cars is amping up the Louvre’s own contemporary art programming, and for this first edition of Paris+, the museum’s Tuileries gardens are hosting an offsite program titled “La Suite de l’Histoire,’ which loosely translates as, “The Next Chapter.” The sector is curated by Annabelle Ténènze, director of Les Abattoirs, Musée – Frac Occitanie Toulouse, and features 21 artists, including Niki de Saint Phalle, Judith Hopf, Raúl de Nieves, and Franz West.