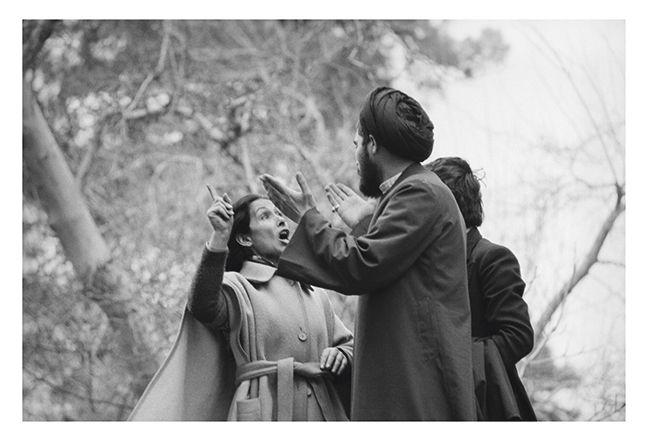 Museums in the UK and US must do more to address the worsening human rights situation in Iran following the death of Mahsa Amini, say high-profile cultural figures linked to the Middle East.

“When politics fails, art wins via soft power. Museums have received major funding from Iranian donors; they should also show support for human rights in Iran,” says Maryam Eisler, a London-based Iranian artist and patron. “Their freedom is our freedom. Institutions should post works by Iranian artists on their social media [as] an important collaborative addition to this global conversation.”

Amini died in an Iranian hospital last month after being detained by the regime’s morality police for allegedly not complying with the country’s hijab regulations. Her death sparked ongoing mass protests in Tehran and cities across Iran.

A former co-chair of Tate’s Menaac (Middle East North Africa acquisitions committee) from 2010 to 2020, Eisler is also an alumna of Wellesley College, Massachusetts, home to the Davis Museum whose director, Lisa Fischman, posted a “call to action” on Instagram, featuring Shirin Neshat’s work, Women of Allah (1994). “I tagged institutions with art by artists from Iran or the Iranian diaspora in their collections and exhibition programmes,” Fischman says. “Where are their voices?” Institutions tagged include the Tate in London, the Metropolitan Museum of Art in New York and the Hirshhorn in Washington, DC.

Fischman adds: “As much as we present historical collections, we are also platforms and networks, we are community. We have a duty to the ways that artists express and represent revolution, we have a duty to our moment, the Iranian Now.”

Shiva Balaghi, a Los Angeles-based Middle East scholar, writes on Instagram: “I’ve been checking social media accounts and websites of US and UK museums: silence. Even from museums that have mounted major solo exhibitions of Iranian women artists: silence. Even from museums that have received significant support from the Iranian diaspora community for acquisition and exhibition programmes: silence.”

A Tate spokesperson told The Art Newspaper that it is planning to post online a film about the work of Shirin Neshat. Elsewhere, the British Museum will shortly put on display a series by Hengameh Golestan—Witness ’79 (1979)—which documents demonstrations when more than 100,000 women took to the streets of Tehran to protest the enforced wearing of the hijab following the Islamic Revolution.

Meanwhile last weekend, Iranian-American artist Pouran Jinchi’s work, Untitled #13, was unveiled at the San Diego Museum of Art. “It was introduced as a work whose long-term presence in the gallery would honour the ‘courageous women fighting for human rights in Iran’,” says Ladan Akbarnia, curator of South Asian and Islamic Art.