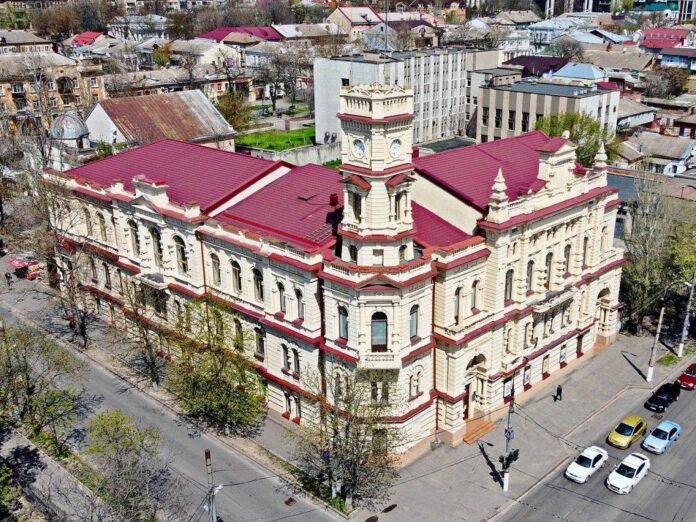 Last week, in what could be a major turning point in its war against Ukraine, Russia announced a retreat from the war-torn city of Kherson. But before the occupying troops left the strategic city, they emptied one of its most important artistic institutions.

According to the Ukrainian military’s National Resistance Center, Russian soldiers looted nearly 15,000 objects from the Oleksiy Shovkunenko Kherson Art Museum and other cultural venues in the region two weeks ago. The move came just days after Vladimir Putin imposed martial law in Kherson and three other Ukrainian territories, effectively legalizing the “evacuation” of cultural heritage.

The Kherson Art Museum confirmed the theft in a Facebook post, explaining that between October 31 and November 3, three or four dozen Russian troops arrived at the institution and “took out works of art and office equipment—everything they saw, everything their raking hands could reach.”

Paintings and other works of art were “wrapped in some kind of rag,” rather than proper packing supplies, according to the museum, and loaded on trucks and buses. The looted goods were then transferred to Simferopol in Crimea.

The museum explained at the time that its administrators did not know what was stolen, but said there was little doubt that the “most valuable” items in the collection were targeted.

“In their opinion, this is called ‘evacuation,’” the museum’s post read. “In our opinion, [it is] looting under the slogans of ‘preserving cultural values.’”

The Russians looted the Kherson art museum and brought valuable works of the XVII-XX centuries to Simferopol. Kherson is under temporary occupation now. And then you ask why precious 🇺🇦 artworks in russian museums? Because they stole it. @suspilne_news pic.twitter.com/v2igpbKzj0

Prior to the incident, the museum’s collection included religious paintings from the 17th and 20th centuries, Ukrainian art from the second half of the 19th and early 20th centuries, and contemporary art from the last 100 years. In a media briefing addressing the theft, the head of the Kherson City Council’s Department for Culture, Svitlana Dumynska, called it “one of the most impressive collections of regional museums in Ukraine.”

Dumynska added that the Kherson local history museum was also targeted by Russian Troops, “but we have much less information about it.”

By November 3, Kherson police opened a criminal investigation into the theft, classifying it and other attacks in the region as a war crime.

Days later, images that allegedly showed the stolen Kherson Art Museum objects being unloaded at the Central Museum of Taurida in Simferopol circulated on Ukrainian social media. In another Facebook post, the museum identified several works of art in the pictures, including paintings by Ukrainian modernists Ivan Pokhytonov and Mykhailo Andrienko-Nechitaylo.

In a November 10 interview with the Moscow Times—an independent news outlet—the Taurida museum’s director, Andrei Malgin, confirmed that the looted artworks had indeed landed in Simferopol.

“Due to the introduction of martial law on the territory of the Kherson region, I have been instructed to take the exhibits of the Kherson Art Museum for temporary storage and ensure their safety until they are returned to their rightful owner,” Malgin said.

The Kherson Art Museum has been closed since the city was seized by Russian soldiers in the early days of the invasion. The institution’s director, Alina Dotsenko, departed for Kyiv in May after Russian occupiers demanded that the museum stage a propagandistic exhibition, according to the .

This month, Dotsenko told Ukrainian media that, before she left, she convinced the Russians that the museum’s collection had been relocated in preparation for a planned renovation. She also deleted information about the institution’s holdings from its computers.

But Dotensko said that another museum employee, curator Natalya Koltsova, led Russian troops to the stored collection in July. Koltsova, whom Dotsenko had fired the year prior, was brought back in to the work with the Russians, and a former cabaret singer was installed as a puppet director.