Home News Naples exhibition reveals how the city was the perfect foil for Artemisia... 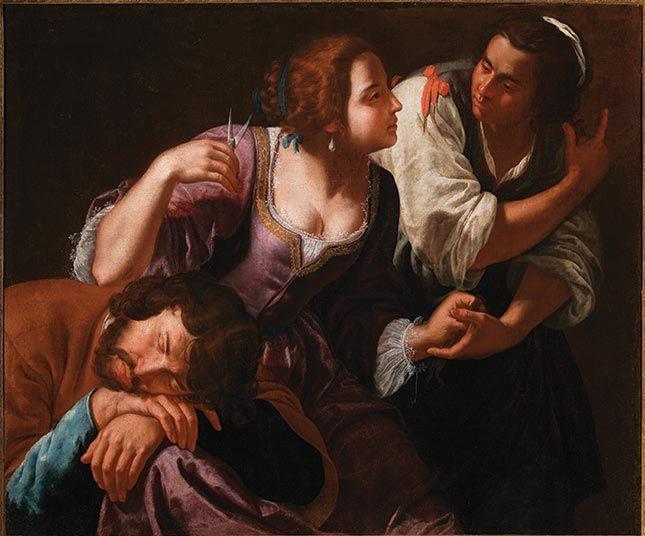 In recent years, art historians have clamoured to elevate Artemisia Gentileschi (1593-1654 or later)—arguably Europe’s greatest female Old Master—into the art historical canon, in large part to readdress the underrepresentation of women painters in museums. In 2020, London’s National Gallery hosted the first major Gentileschi exhibition in the UK, shortly after buying her Self-portrait as Saint Catherine of Alexandria (around 1615-17) for £3.6m.

This famous image goes on show for the first time in Italy in the exhibition Artemisia Gentileschi a Napoli at the Gallerie d’Italia in Naples. Twenty-one works will reflect the artist’s Neapolitan trajectory, charting the time she spent in the southern Italian city from 1630 to 1654 (these formative years were only interrupted by a brief interlude in London between 1638 and 1640).

“Rather than modifying Artemisia’s vision, Naples offered a receptive terrain for the painter’s Caravaggio-esque realism, encouraging her to continue in this figurative [way] while at the same time directing her towards achieving greater formal elegance,” says the exhibition’s co-curator Giuseppe Porzio.

Gentileschi set up a flourishing workshop in the city, producing works depicting favourite subjects such as the biblical heroine Judith and the Egyptian ruler Cleopatra. “Artemisia’s Neapolitan production has always posed complex problems of connoisseurship due to the ‘entrepreneurial’ approach developed in this phase by the painter, who was inclined to frequently replicate her own compositional ideas,” Porzio says.

Crucially, Porzio explores how Gentileschi interacted with other key artists working in Naples at the time. “An attempt is made to place Artemisia in her historical context, with appropriate comparisons… rather than emphasising her exceptionality,” Porzio says. Her collaborations with artists such as Bernardo Cavallino, Micco Spadaro and Onofrio Palumbo are also examined, as is the work of Gentileschi’s contemporary Diana de Rosa, who “until now has been almost completely forgotten”, Porzio adds.

Highlights picked out by Porzio include Judith and her Maidservant with the Head of Holofernes (1639), on loan from the National Museum in Oslo. “There is also a monumental Susanna [work] from a private collection in London, and a pendant painting of Bathsheba from the Columbus Museum of Art, which is a perfect example of the hybrid melding of Artemisia’s style with that of her Neapolitan colleagues,” he says.