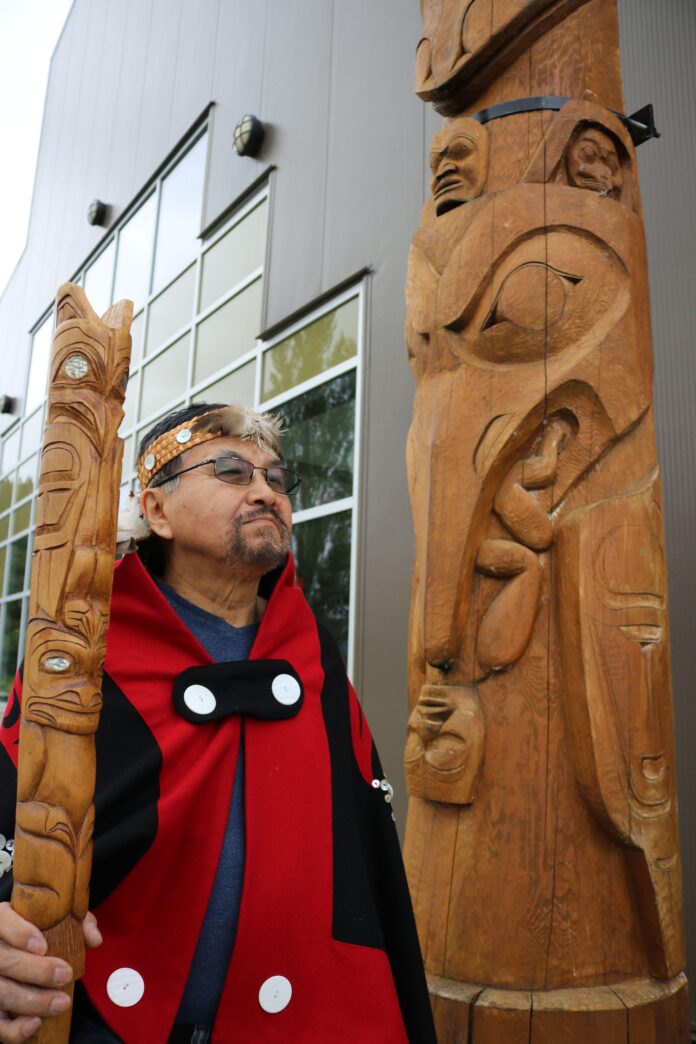 A delegation of First Nations leaders is urging the National Museum of Scotland to return a totem pole that was stolen in 1929 from the Nisga’a Nation of British Columbia, Canada.

The pole was removed by the Canadian ethnographer Marius Barbeau, an anthropologist affiliated with the National Museum of Canada who conducted fieldwork beginning in the 1910s. He has been criticised for not accurately portraying the Indigenous cultures he studied.

Barbeau removed the pole from a sacred “house group” known as House of Ni’isjoohl and later sold it to the Scottish museum. The pole was hand-carved in the 1860s and depicts the story of Ts’wawit, a Nisga’a warrior who was next-in-line to become chief before he was killed in a conflict with a neighbouring Nation.

If the repatriation is successful, it will mark the second totem pole to ever be repatriated to Canada from a European museum, according to the delegation. In 2006, a work known as the Haisla G’psgolox pole was repatriated from Sweden’s Museum of Ethnography nearly eight decades after it was stolen.

The delegation— which consists of the Nisga’a Nation chief Earl Stephens, Amy Parent and Shawna McKay—is scheduled to meet with officials from the museum on 22 August.

“This will be the first time in living memory that members of the House of Ni’isjoohl will be able to see the memorial pole with our own eyes,” Stephens said in a statement. “This visit will be deeply emotional for us all.”

Parent adds: “The pole is a priceless belonging that our respected hereditary leaders have aptly called a cultural treasure. It tells the relationship of our House to the land to our people. To have had it taken from us is to have removed a piece of our cultural identity and an integral part of the story of our nationhood.”

The repatriation of the object is in line with rules outlined in the 2007 United Nations Declaration on the Rights of Indigenous People, which established a framework of minimum standards for the survival and well-being of Indigenous people worldwide and is signed by the United Kingdom. It also pertains to the Nisga’a Treaty—a treaty that came into effect in 2000 and includes several provisions for repatriation.