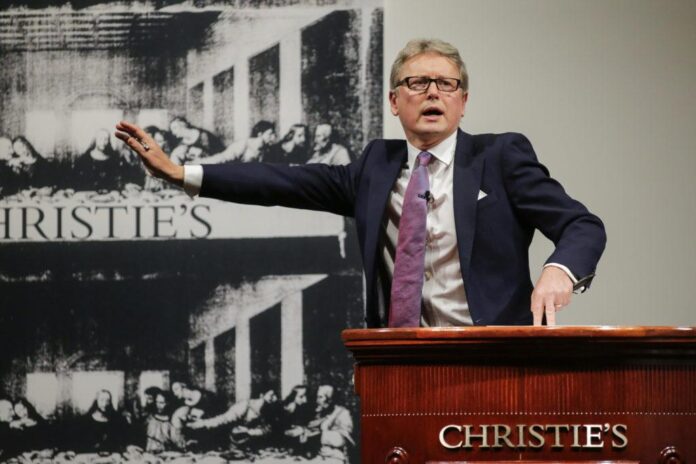 In the midst of the packed May 2022 auction season, a seemingly minor event took place in New York that could have major consequences for the global art market going forward: New York City quietly repealed most of its regulations governing the licensing of auction houses and the specific conduct of auctions here in the city. Although it is too early to tell exactly what the fallout from this repeal will be, we thought it would be useful to answer some questions we have received about what the old law provided and what the impact of the new order might be.

I read that one of the regulations recently repealed was the requirement that auction houses be licensed to conduct auctions in New York City. True?

Correct, and in addition, the requirement that auction houses use only licensed auctioneers to conduct auctions was also repealed. It’s unlikely that Kim or Kanye will take the podium at the next Christie’s evening sale—but now it could legally happen.

What else changed with the repeal of the old statute?

For one thing, auction houses were required to disclose in writing—typically in auction consignment agreements—all fees, commissions, and charges payable by the consignor. To the extent possible, those costs had to be itemized in a written agreement. Now, consignors could end up paying hidden fees not just to auction houses but to other parties involved in the transaction (for instance, an art advisor who brings the consignor and consigned property to the house). The days of the fully disclosed “introductory commission” are over.

It sounds like the new order could result in less transparency for the seller. How about for bidders in the auction room?

Not surprisingly, bidders could also see less disclosure from the auction house. For example, the old statute required an explanatory statement or symbol in the auction catalogue if the house had a direct or indirect interest in a lot being sold—practically speaking, via a guarantee arrangement with the consignor—or if the consignor was to receive a “rebate commission” (e.g., a so-called “enhanced hammer,” or portion of the auction-house fees). Those disclosure requirements are now out the window.

That’s not a question.

Okay, any other impact on bidders at auction?

Got it. I have often heard the term “chandelier bids” used in connection with auctions. Are they related to reserve prices, and does the repeal of the auction statute affect them?

Great question. A chandelier bid is a bid made by the auctioneer ostensibly on behalf of the consignor or auction house to create the perception of demand for a lot and to warm up the room—but in fact there isn’t really a bid at all. It’s part of the theater of the auction. In the past, the city regulations permitted chandelier bids just up to the reserve price of a lot; after that, the auctioneer could only take real bids from actual bidders.

Today, the prohibition has been lifted on auctioneers taking chandelier bids above the reserve price. It will be interesting to see what impact this has on auctions, but theoretically a live bidder (or “pigeon”) could, say, find herself actively bidding against one or more fictional competitors above the reserve price, thereby artificially driving up the final price of the lot. She may end up winning the lot, but she’ll definitely be losing money along the way.

These changes in the law don’t sound encouraging for either consignors or auction bidders. Why were the regulations repealed?

Another great question. According to published reports, the repeals were part of the New York City Council’s effort to assist small businesses hurt during the pandemic and affected not just global auction houses doing business in New York City but other enterprises essential to the economic health of the city, such as gaming cafés and bingo games operating after 6 p.m. on Sundays. The changes in the law came as a surprise to most, including the auction houses themselves.

So, without these regulations, are buyers and sellers at auction left totally unprotected?

Not entirely. Some experts believe that existing laws, including New York City’s consumer protection laws and the Uniform Commercial Code governing sales transactions in New York, provide adequate protection for those in the auction market. Still, the generalized business and consumer protection laws currently in force do not provide nearly the same level of specificity regarding the conduct of auctions as did the old law.

So what’s the takeaway here?

According to recent public statements by Phillips and Christie’s, nothing will change in the way they do business, and we assume that this will also be the party line for the other houses conducting auctions in New York City. That said, the absence of “rules of the road” could mean that auction houses might be tempted to push boundaries in certain circumstances without fear of consequences. Worst case for us is that the new order might damage the confidence of both buyers and sellers in the world’s most important auction market. That would clearly be a loss for everyone in the auction world.

Thomas C. Danziger, Esq. is the managing partner of the New York firm Danziger, Danziger & Muro, Some facts have been altered for reasons of client confidentiality or have been made up out of whole cloth. Nothing in this article is intended to provide specific legal advice.