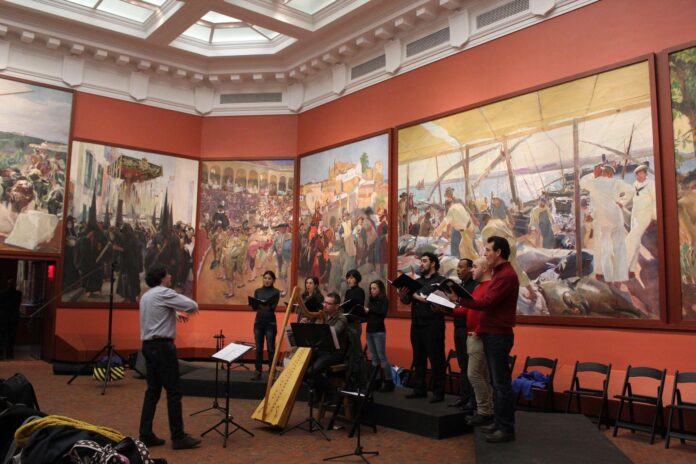 A record number of New York City arts organisations are sharing in $58.1m in grants awarded this week by the municipal Department of Cultural Affairs (DCLA). The grants will be shared across 1,070 visual and performing arts groups in all five boroughs, the largest cohort of DCLA grantees to date, reflecting the introduction earlier this year of a set of reforms aimed at making municipal funding more equitable.

The smallest grants were increased from $5,000 to $10,000, doubling the municipal support small arts organisations will receive—in all, nearly three quarters of grantees (73%) received more money this cycle than previously. It was the first time DCLA had increased its grant amounts since 2008. The department’s focus on equity also meant that a significantly higher number of first-time applicants received grants in this cycle than in previous funding rounds, and 82% of groups that are led by or were founded by people of colour (POC) saw their funding increase.

“Historically, community-serving cultural organisations have operated below their required budgetary needs, and that has a direct, adverse impact on services provided and available opportunities,” New York City councilman Kevin C. Riley, who chairs the Black, Latino and Asian Caucus, said in a statement. “With this boost in funding to more POC-led organisations of varying sizes, we are ensuring gaps are filled, and that our communities can continue to showcase their excellence in the arts.”

Grantees receiving between $10,000-$19,999 in this DCLA funding cycle include Independent Curators International, the feminist art space Pen + Brush and the artist-run gallery Tiger Strikes Asteroid. At the highest end, institutions receiving more than $100,000 in grants this cycle include the Hispanic Society of America, the International Center of Photography, the Leslie-Lohman Museum of Art, the New Museum and the Solomon R. Guggenheim Foundation. The grants also include nearly $3m in grants to small art organisations and individual artists in every borough.

The DCLA is the second-biggest arts funding agency in the United States, after the National Endowment for the Arts. Its funding, though generous within the US arts funding ecosystem—which largely revolves around support from philanthropists and their foundations—represents a fraction of a fraction of New York City’s municipal budget, which typically hovers around $100bn in a given fiscal year. Mayor Eric Adams has slashed municipal spending aggressively as officials now predict a $13.4bn budget deficit over the next three fiscal years.

The Innovators: Avant Arte Founder Christian Luiten on How He Built an Art-Collecting Audience of Millions