Home News Jane Fonda Is Selling 14 Works by Thornton Dial and Other Artists... 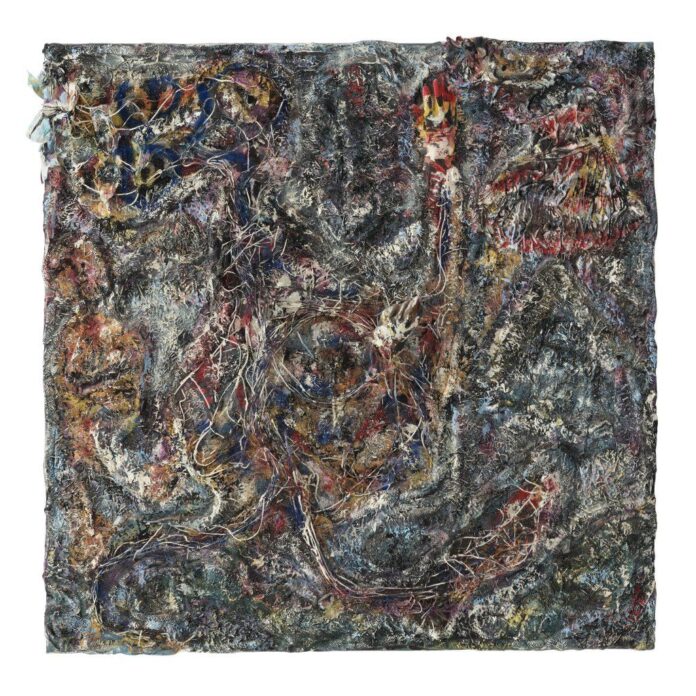 Actress Jane Fonda is contributing 14 drawings, paintings, sculptures, and assemblages by three Black artists based in the American South to Christie’s Outsider and Vernacular Art auction in New York on January 18.

Thornton Dial Sr. is the father of Thornton Dial Jr. and brother of Arthur Dial, who round out all three artists appearing in Fonda’s dedicated subsection of the Christie’s sale, titled “Things Grow in the United States: Works from the Collection of Jane Fonda,” perhaps an echo of Fonda’s involvement on the board of the Souls Grown Deep Foundation & Community Partnership, which champions robust support systems for Black artists in the South. She started collecting their work twenty years ago, through late Atlanta art dealer Bill Arnett. 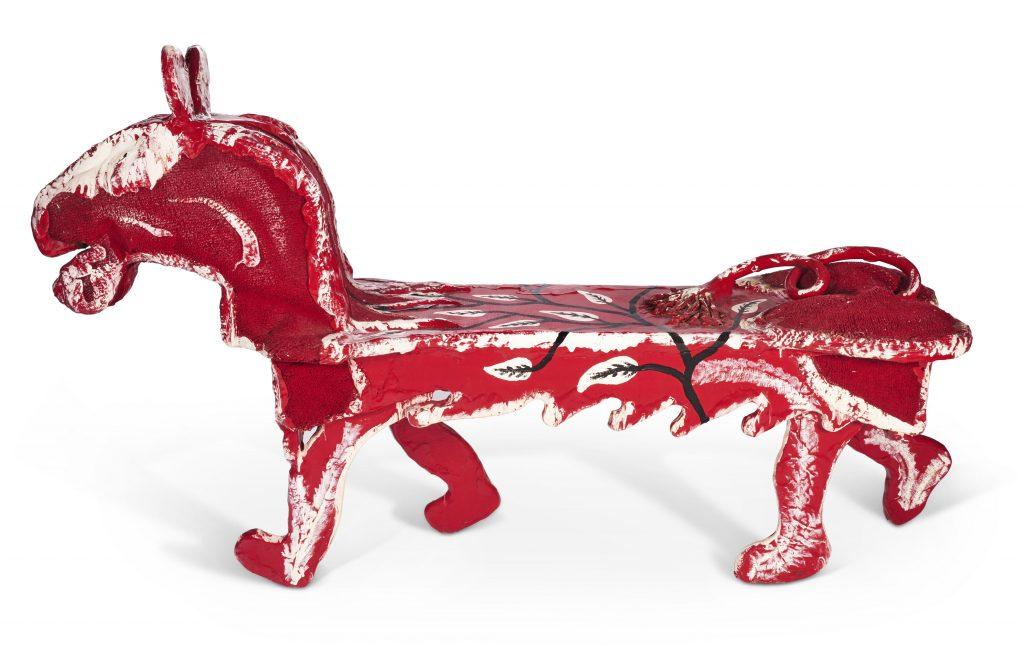 Thornton Dial Sr. and Arthur Dial grew up in a sharecropping family in Emelle, Alabama, in the 1930s and 1940s. Arthur, just two years younger, and Thornton Jr., born in 1953, survive him.

Both brothers lived through Jim Crow, and were influenced by the triumphs and tumult of the 1960s civil rights movement—and the leadership of Dr. Martin Luther King Jr., which inspired Thornton Sr. to develop “an allegorical style that was abstracted but narrative, conveying concerns both personal and universal,” his bio with the Smithsonian American Art Museum says. That bio adds that Dial’s “large, bold works, with incisive titles and themes of race and class, captivated the art world through sophisticated content and an aesthetic that defied stereotypes of ​’folk.’” He saw his work at the Whitney Biennal and New Museum alike. 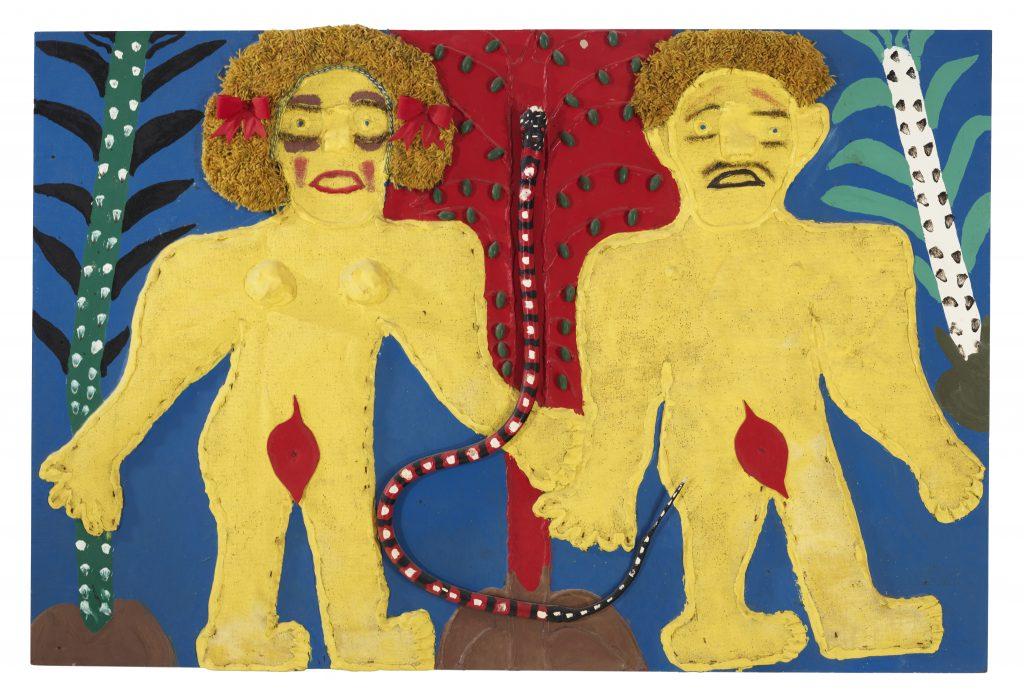 Thornton Dial Jr.’s untitled (Animal Bench in Red and White), which could bring in $2,000–$4,000, is notable for its balance between sophisticated movement and elementary representation as much as its bright red hue and organic embellishments. Arthur Dial also worked in mixed media, including styrofoam peanuts and ribbon, in his disquieting narratives of bright colors, like Adam and Eve (estimated $3,000–$5,000).

“Found objects are a tradition of 20th-century art,” Fonda pointed out in a statement from Christie’s. “It’s Marcel Duchamp, his conversion of urinals into a so-called fountain, all the way to my friend Bob Rauschenberg and Jasper Johns—it’s not unique to these artists of the South.”

“We certainly feel that Jane Fonda’s support for these artists has been incredible and inspiring,” Christie’s Head of Outsider Art Cara Zimmerman told Artnet News. “She is a fantastic collector, both in her taste, and with a rare understanding that as a society, we must recontextualize the art historical canon and amplify voices from underrepresented communities that have been systemically marginalized.”

‘We went from having two Cézannes to three’: x-ray of still life painting reveals hidden portrait

Wet Paint in the Wild: Miami Dealer Katia Rosenthal Installs a Show in Her Sandals and Chats Up Tennis Stars