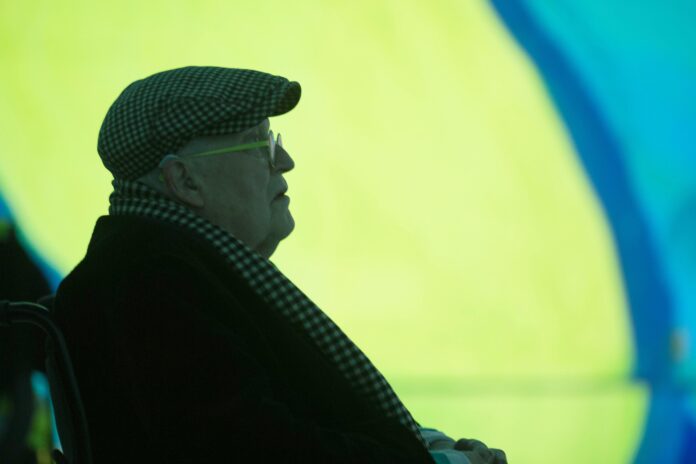 After Frida Kahlo and Vincent van Gogh, David Hockney is the latest artist to get the immersive art treatment. A show of works by the octogenarian artist will mark the launch of the new Lightroom space in London (Bigger & Closer, not smaller & further away, 25 January – 23 April). Lightroom is backed by the Ukraine-born businessman Leonard Blavatnik who has invested in a number of cultural projects including the recently revamped National Portrait Gallery in London.

“Lightroom will be London’s new home for spectacular artist-led immersive shows,” a project statement says, adding that the “four-storey-high space in King’s Cross [is] equipped with the latest digital projection and audiotechnology”. The venue taps into a booming industry for interactive art attractions, following the launch of Frameless in London earlier this year.

The new Hockney display, which costs £25 for a full-price ticket, is divided into “six chapters”, covering his polaroid collages and his series of recent iPad works plus his stage designs (Hockney’s theatre work includes sets for Glyndebourne, East Sussex, in the 1970s). The exhibition director, Mark Grimmer of 59 Productions, promises “large-scale projected images, animation, archival and bespoke interviews and a commissioned score [by Nico Muhly]”.

Lightroom is a joint venture between 59 Productions, a London- and New York-based design studio, and London Theatre Company, an independent producing company founded by Nicholas Hytner and Nick Starr (with the latter now operating as chief executive of Lightroom). Hynter served previously as the London National Theatre’s artistic director while Starr served as executive director. The London Theatre Company were behind the development of Bridge Theatre located near Tower Bridge.

Hytner, the executive producer of the Hockney display, says in a statement: “Listening to his voice in this astonishing new space while seeing his artworks unfurl around the four walls is going to be both an experience and an education. It suggests how potent this medium will be for the other creators and artists with whom we will make new and original Lightroom shows in the years to come.”

The project is backed by a senior group of investors led by Blavatnik who is represented by Danny Cohen, president of Access Entertainment, a television, theatre and digital content company.

According to the Sunday Times Rich List, Blavatnik has an estimated fortune of £20bn derived from investment, music and media. He has sponsored a plethora of art projects and institutions in the UK including the Courtauld Gallery in London (£10m; Blavatnik Fine Rooms) and Tate Modern’s extension (more than £50m; Blavatnik Building) which opened in 2016.