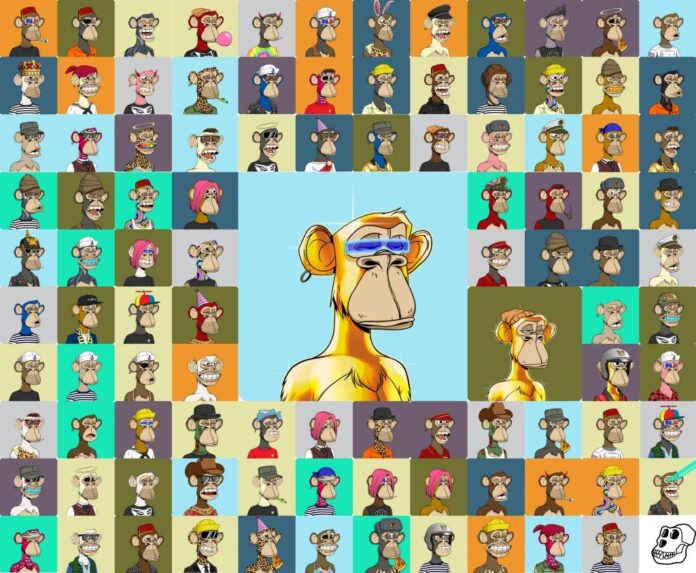 There’s a cartoon on the homepage of Bored Ape Yacht Club, once the hottest collection of NFTs on the Ethereum blockchain, of a bar decked out in sailor paraphernalia. The room has festive lighting and kitsch trimmings, but it’s empty, everyone has left the party. It’s a fitting image for the group of 10,000 ruffian apes whose value and buyers have dropped precipitously in recent months.

Now, Yuga Labs, the creator of Bored Ape Yacht Club and owner of CryptoPunks and Meebits, faces legal action over claims that it deliberately inflated the value of its NFTs to the benefit of insiders.

Scott and Scott specializes in securities fraud and consumer rights litigation and has brought forward a number of crypto and metaverse related cases in recent months, including against Safemoon, LGB Coin, and TerraForm Labs. On December 8, a California judge dismissed its case against EthereumMax, which involved Kim Kardashian and Floyd Mayweather, due to insufficient allegations. The firm did not respond to a request for comment.

Among the 37 defendants named in the suit are high-profile figures including Madonna, Justin Bieber, Stephen Curry, Serena Williams, Jimmy Fallon, and the progenitor of the NFT boom himself, Mike Winkelmann—aka Beeple—whose NFT collection sold for $69 million in March 2021.

The lawsuit, which seeks damages of at least $5 million on behalf of its plaintiffs, identifies long-time talent manager Guy Oseary and MoonPay, described by some as the PayPal for crypto, as pivotal entities in the “scheme.” Oseary, the claim alleges, worked with Yuga executives to leverage his network of A-list celebrities and have them promote Bored Ape Yacht Club and Yuga financial products in exchange for financial compensation delivered through MoonPay. Oseary was an early investor in MoonPay via his venture capital firm, Sound Ventures.

The compensation, it states, was not disclosed and therefore violates the FTC requirement that endorsers disclose their material connections with their sponsoring advertisers in clear and obvious language.

One example from the 95-page filing involves Jimmy Fallon’s promotion of Bored Ape Yacht Club and MoonPay on an episode of his . On air, Fallon said he’d bought an ape through MoonPay’s services and continued promoting the pair on Twitter without acknowledging that he was an early investor in MoonPay and was “financially interested, directly or indirectly, in the increased sale or popularity of the Yuga securities.”

At the time of writing none of the celebrities had commented publicly on the lawsuit, though Yuga Labs told Artnet News in a statement, “in our view, these claims are opportunistic and parasitic. We strongly believe that they are without merit, and look forward to proving as much.” The company declined to comment further on the allegations.

The lawsuit comes on the heels of reports in October that the SEC was looking into Yuga Labs to determine if its offerings constitute unregulated securities.

What is in the largest ever Documenta exhibition? No one is quite sure