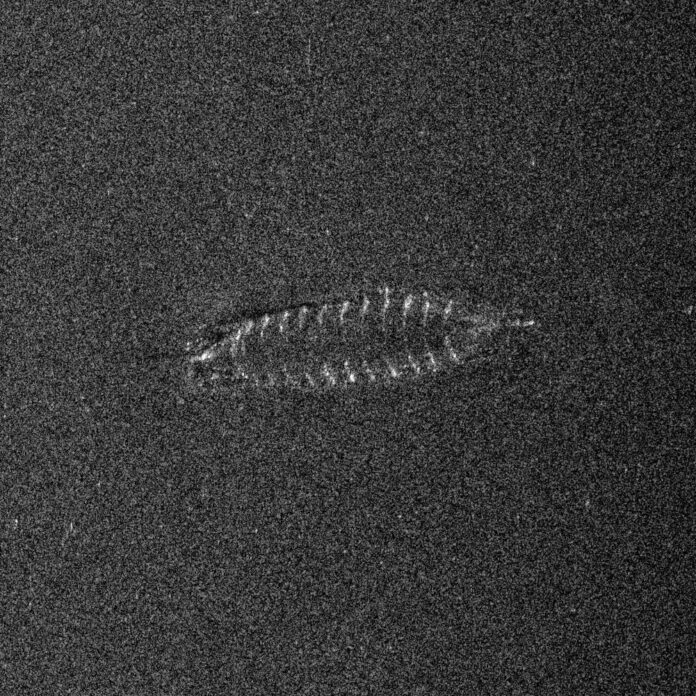 An autonomous underwater vehicle named Hugin is sweeping Lake Mjøsa in Norway for unexploded World War II munitions dumped there between the 1940s and 1970s. Piloted by researchers from the Norwegian University of Science and Technology and the Norwegian Defence Research Establishment, the Mission Mjøsa initiative aims to determine if the munitions pose an environmental threat to the lake, which provides drinking water to thousands.

But Hugin has discovered something way more unexpected: an unknown shipwreck dated between 1300 and 1850.

Hugin’s sonar images have inadvertently revealed the hull of a 33-foot wooden ship 1,350 feet below Lake Mjøsa’s surface. The vessel appears to have a centered rudder, rather than the traditional Viking rudder on its sides. That detail, paired with outlines of a distinctive bow and stern, date the wreck to Medieval times, no earlier than 1300. Its distinctive frame evokes the traditional Norse “clinker-built” method, where planks overlap to lighten the hull. 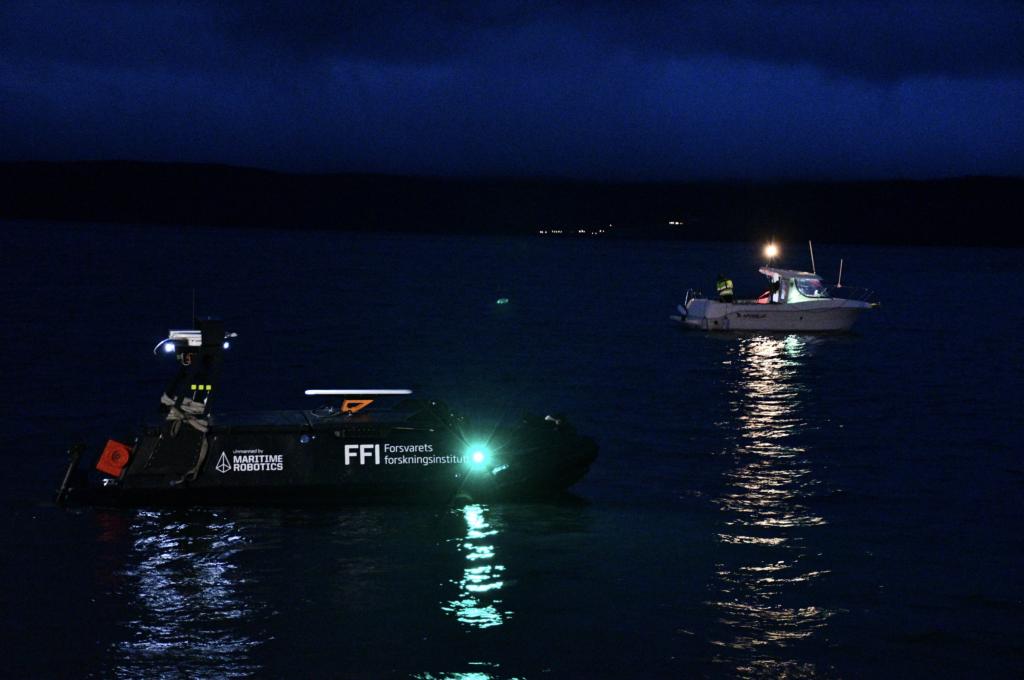 Mission Mjøsa in action. Photo courtesy of the Norwegian University of Science and Technology.

Quiet waves and Lake Mjøsa’s freshwater ecosystem have likely preserved the newfound wooden ship, save for corrosion on a few iron nails at either end—an indicator it’s been submerged for some time, possibly after sinking due to a squall, based on its spot in the middle of the lake.

Although researchers have used Hugin’s sonar images to assemble a digital 3D model of the ship for study, in-person exploration will make all the difference. Researchers don’t know how much of this wreck is submerged in the seafloor’s sediment, for instance, or what cargo could still be on board.

“We had to abort an ROV-operation to inspect the shipwreck on the final day of the mission due to wind and waves,” Øyvind Ødegård, a maritime archaeologist at the Norwegian University of Science and Technology, told Artnet News. “We need to be able to hold [an] exact position with our surface vessel and that requires calm weather. We hope to return for further investigations this spring. Weather is always a wild card for such operations.” 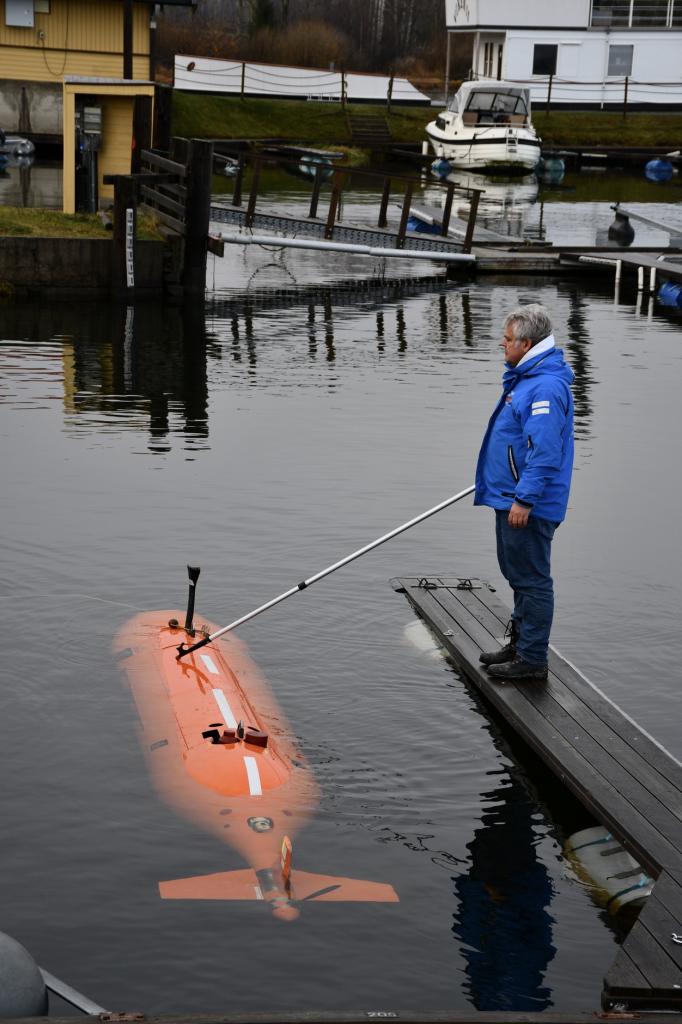 Hugin heading underwater. Photo courtesy of the Norwegian University of Science and Technology.

“As an archaeologist, any cargo in the wreck would be most interesting for me,” he continued. “The wreck itself could tell us about what types of vessels sailed on Mjøsa and how they were built. Any cargo or other objects found at the site could tell us more about the people that used the vessel, and perhaps what it was used for.”

The possibilities are as vast as the 140-square-mile lake itself, which served as a Viking trade route from 700 to 1000 C.E., connecting surrounding fertile farm communities with Oslo and the world beyond—and sometimes offering an arena for huge naval battles. According to Science Norway, divers have logged 20 shipwrecks across its waters so far, though they’ve yet to explore depths beyond 20 to 30 meters.

Mission Mjøsa has only mapped 15 square miles of the lake’s depths yet. They could find further wrecks.