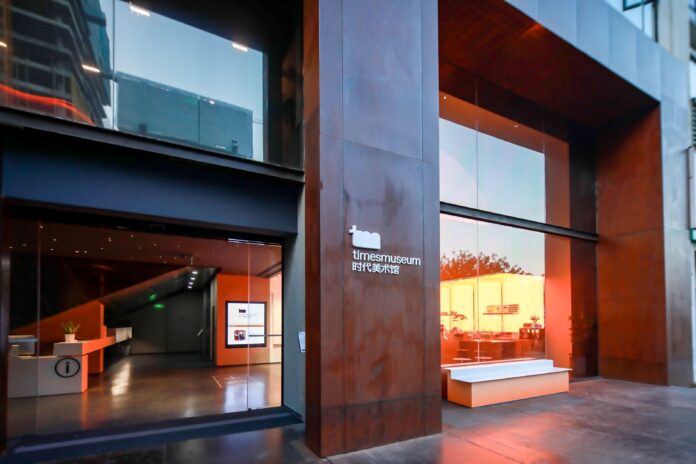 The Guangdong Times Museum in China’s Guangzhou region announced yesterday that it will shut its doors after almost 19 years. The private museum is among China’s oldest and most respected private art museums, renowned for its thoughtful curation and academic programming focusing on southern China as well as Southeast Asia and the Global South. The space will shut following the conclusion of its current show River Pulses, Border Flows on 9 October, it said on its WeChat channel.

The Times Museum has been at the forefront of shaping the art scene of southern China’s Cantonese-speaking Pearl River Delta (PRD) area, including also Shenzhen and Hong Kong. The region has a “historic culture as a frontier of Imperial China, and after 1990s of the reform policy and the real estate boom,” says deputy director and chief curator Nikita Yingqian Cai. “Times Museum witnessed the transformation of this frontier for two decades.” Compared to Shanghai and Beijing, the area “never had a very strong arts infrastructure, or a large commercial gallery scene,” says Cai, with “with the Times Museum as one of the oldest to invest a lot in fostering the local ecology of contemporary art”. She adds: “For the region it’s a big loss, and also for a generation of mid-career and emerging artists in all of China, because of our focus on curation and research. We are not an entrance fee-oriented model.”

The closure is due to China’s economic downturn, says the post, with strict lockdowns and other Covid controls in the first half of this year further snowballing a declining property sector since mid-2021. The property developer that backs the museum, Times China, has spent RMB200m (£24.7m) on the museum since 2010. That year the company ended its partnership with the state-owned Guangdong Museum of Art and established a non-profit arm to manage the Times Musuem independently. In 2018 Times Museum was the only Chinese institution to-date to expand to the West, opening a Berlin space that also closed this June.

Located in a high-rise building in Guangzhou’s northern area, the Times Museum’s 1,200 sq. m exhibition space on the building’s 19th floor will close, as will the 14th floor offices. A café and event space on the first floor will remain open, and scheduled public programming will continue through November. Huangbian Station, a now independent side project launched in 2012 by Liang Jianhua, the Times Museum’s curator from 2011 to 2022, will continue.

Recalling highlights from the Times Museum’s programming, Cai remembers the 2016 retrospective of the 1990s trailblazing Guangzhou collective Big Tail Elephant, who “inspired a younger generation of artists who graduated from the Guangzhou Academy of Fine Art”. She also highlights the research network All the Way South, which explores the Global South through research, dialogue and scholarship. “There is a rich history of Guangzhou interacting with Southeast Asia, and with Africa through its formerly large African community, which we hope could inspire a new generation,” Cai says.

The museum will retain a skeleton team including Cai, the director Zhao Qie, and the administrative director Liu Qian. Its staff had already been reduced to ten from 16 at the beginning of 2022. The remaining employees being dismissed are negotiating with Times China’s HR team to receive their legally mandated severance compensation, equalling a month’s salary for every year worked. Times China has offered to pay severance in April 2023 rather than upon termination, three of the involved staff told The Art Newspaper anonymously. Cai confirms that the team is negotiating with the property company’s HR “since there is no cash flow to pay the severance in one slot”. She adds: “The [jobs market] is not very positive, so they need that payment and I totally support them.”

The museum aims to reopen in some form next year, according to the WeChat announcement. That will require “pitching a different model”, says Cai. “There is a lack of space for this sort of private museum, based entirely on corporate funding, with no state support. We will have to downscale and restructure, and tell a different story integrating the cultural scene with the realities of China. I’m optimistic for a smaller scale experiment, developing a more diverse ecosystem,” she says, adding that ultimately, “people are our most important asset.”

Tschabalala Self, Torkwase Dyson, and 9 Other Artists Will Transform the Coachella Valley With Site-Specific Installations at Desert X 2023