Home Auctions 10 most expensive works sold at auctions in 2019 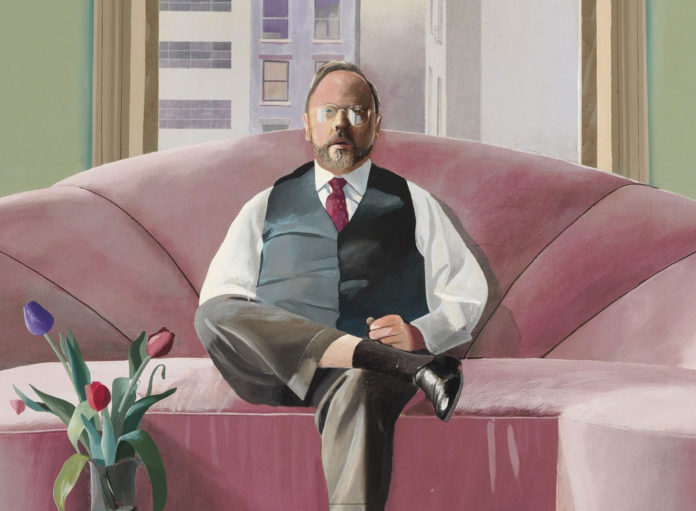 2019 was not a super successful year for auction houses, especially compared to previous years, when one evening sale could take several lots of $50 million. Nevertheless, rare quality works of the highest category still brought huge amounts of money, and nine of the ten most expensive works offered at the auctions in 2019, passed the threshold of 50 million.

It is noteworthy that all the works, except one, were sold in New York (and all at Christie’s and Sotheby’s). The tenth left the hammer in London, also at Christie’s auction. Classical contemporary art continued to dominate the upper segment of the market (eight of the top 10 lots belonged to the postwar and modern periods, and only two – to the end of XIX century). This trend is more about supply than demand: masterpieces of Impressionism are simply harder to get nowadays.

It is also worth noting that almost all but one of the top lots were paintings, and none of them belonged to women. The best result for the artist was the sculpture “Spider” by Louise Bourgeois, sold for 32 million dollars (15th place in the list).

Here is a list of the ten most expensive works sold in 2019, with details of why they were paid for such amounts, who sold and bought them (if it was learned). Features. This vivid painting was in one private collection for more than three decades. The last time it was put up for auction in 1986 and went for 2.5 million dollars (that is, since then, its price has increased 44 times!). The canvas was the first work of Monet, the price of which exceeded the 9-digit number at the auction – and it is not even included in the “most desirable” series (they include the Japanese bridges, water lilies and the Cathedral of Rwanda). It is said that the work was bought by German billionaire Hasso Plattner, and his closest rival was hedge fund manager Kenneth Griffin. Price: 91 million dollars
When: May 15
Where: Christie’s New York.

Features. In certain collectors’ circles, this work is considered the “Holy Grail” of Kuns. Bidding began with $ 40 million, and a long battle won veteran dealer Robert Mnuchin, who traded on behalf of billionaire Steve Cohen. The sculpture set a world record for a living artist, bypassing last year’s leader – David Hockney’s painting “Portrait of the artist (Pool with two figures). In fairness it should be noted that the “Rabbit” was a record-breaker purely technically: at the beginning of the year Christie’s raised the buyer’s prize. And the amounts on which the auctioneer’s hammer fell are identical for both works. Features. “Buffalo II was almost five times higher than Rauschenberg’s previous record of $18 million for a number of reasons. First, this is a special period in the life of the artist – he won the “Golden Lion” at the Venice Biennale in 1964. Secondly, the painting is filled with classic American iconography – from the Coca-Cola logo to John Kennedy. Third, it has not appeared on the market for 50 years. Since most of Rauschenberg’s expensive early works are already in museums or private collections, the opportunity to buy it was unique – and collectors knew about it. There were rumours that the Walmart heiress Alice Walton was the buyer, but artnet sources deny it. Features. This picture was hunted by several potential buyers from Asia, indicating a high demand for a postimpressionist in this region. The painting has a turbulent history: it was stolen during the notorious 1978 robbery of the collector Michael Bakwin’s house in Berkshire. The work was discovered in 1999 and sold for 29.5 million dollars at the auction Sotheby’s. Features. “Woman with Dog” is a picture of the second wife of the artist Jacqueline Rock and the beloved Afghan hound of Kabul. In the financial success of the painting clearly played the fact that it was kept for 29 years by a private collector from Japan. Price: 53 million dollars
When: May 15
Where: Christie’s New York.

Features. The high price of the work, which, according to Bloomberg, was sold by financier David Martinez, slightly contradicts the unclear procedure of bidding during the auction. The work was previously estimated at $50-70 million, but the auctioneer opened the session at 38 million. The work was quickly acquired by Christie’s co-chairman Alex Rotter, who acted on behalf of the third party guarantor. Features. The final price of this work exceeded the previous record of the artist by more than 20 million dollars. “This work is an early example of Rush’s revolutionary text paintings, which made it one of the most innovative and influential artists of his generation,” said Christie’s Co-Chairman Alex Rotter. The painting was bought directly from the artist in the early 1970s by collectors Joan and Jack Quinn. Features. This iconic work from the “Screaming Dads” series appeared in public only once. Sotheby’s representatives consider it “one of the greatest modern paintings”, which the auction house has offered over the past 20 years. It was bought by Eykyn Maclean from London for its client. Features. This painting with the aesthetics of 35-50 million dollars and a guarantee put up for sale the Museum of modern art of San Francisco. The institution plans to let the proceeds to fill the gaps in its collection, in particular, the works of women. And although the demand for the work of Rothko with colored rectangles is great, this “does not apply to masterpieces, otherwise the museum would not sell it,” said one of the dealers. Features. Double portraits – as well as scenes with pools – are the most popular part of David Hockney’s work. This painting depicts his close friend, former Metropolitan Museum curator Henry Geldzaler, and his partner Christopher Scott. Christie’s wisely decided to put the painting to auction four months after the triumphant sale of The Portrait of the Artist (Pool with Two Figures) – to avoid competition between the works.
But who became the “joker” of the year? There is no doubt that this is Chimabue’s “Scolding of Christ”, painted in the 13th century and found in ordinary French cuisine. The panel was sold at the Actéon auction in October for €24.1 million and recently the French government banned its export, intending to raise funds and buy back the treasure for the nation.

Satyagraha Review – a Masterclass in Suggestion and Imagination