Home News One Year After a DAO Tried and Failed to Buy a Copy... 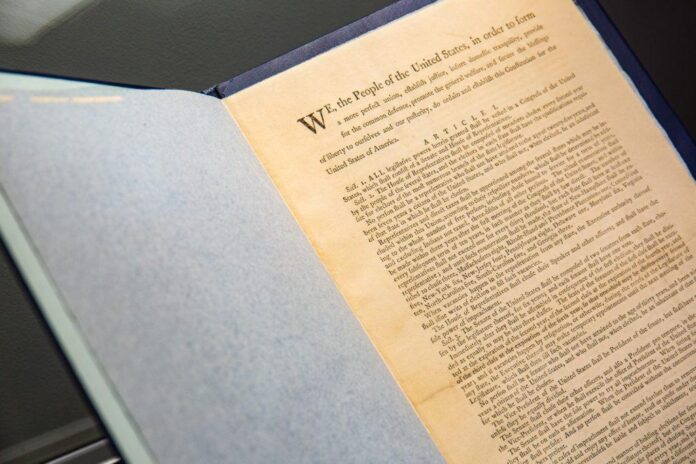 The irony that the United States’s founding document, written by and for the people, remains with private hands and organizations is not lost on the world of crypto. For the second year in a row, a decentralized autonomous organization (DAO) is on a mission to return the Constitution to the people.

At a Sotheby’s auction in November 2021, ConstitutionDAO pooled the donations of more than 17,000 backers in an attempt to buy one of the 13 existing first-edition copies. The bid failed. Its undoing was one of crypto’s most-heralded virtues: transparency. Ahead of the auction, everyone knew the DAO had raised $40 million, including billionaire hedge fund manager Ken Griffin who swooped in with a last-minute bid.

A year on, UnumDAO, also known as ConstitutionDAO2 despite not being directly affiliated, will try once again at a Sotheby’s auction on December 13. This time, it’s keeping the extent of its funds secret through using a combination of public and private fundraising.

After the first folly and amid the throes of a so-called crypto winter, is UnumDAO confident? You bet. The cryptoverse, after all, isn’t exactly known for understatement or modesty. “We are gonna buy the Constitution,” the webpage dedicated to the DAO reads, “and when we win, it will be governed by the people.” Its underdog spirit is captured by an image of meme icon Nicolas Cage in the 2004 film fronting its Twitter account. Its rallying cry is “WAGBTC,” or “We are gonna buy the Constitution,” a riff of the common Web3 slang, “We’re all gonna make it.”

In monetary terms, UnumDAO has raised 36.4 ETH publicly, which would have been worth $162,000 this time last year. Today, that amounts to $46,000. The amount of private funding brought by 16 separate organizations including Nucleo, Juicebox, Aztec Network, and PeopleDAO (which helped fund ConstitutionDAO) is unknown.

If the bid is successful, the document will be owned by a nonprofit also called UnumDAO, with donors granted voting rights over governing the document. Collectively, the DAO will select a home base for the Constitution copy, and decide on suitable museum and exhibition spaces to present it to the public. Leftover funds will be used to insure and maintain the document as well as potentially serve as a seed fund for the purchase of other important civic artifacts.

We are gonna buy the Constitution! (again)

Here’s the story on how we come back stronger, faster, and smarter 🧵 👇

“It’s about believing in the dream of liberty and justice,” wrote the DAO in a statement, “realizing that, in this world of old money and value extraction, the only way the disenfranchised can live our ideals is if we pool our power.”

This version of the Constitution is thought to be the first copy recognized by the historical and collecting communities. It last appeared at auction in Philadelphia in 1894 and has an estimate of $20 to 30 million.

A Trio of Galleries From Dubai, Vancouver, and New York Are Uniting to Open Diana, a New Cooperative Gallery on Henry Street