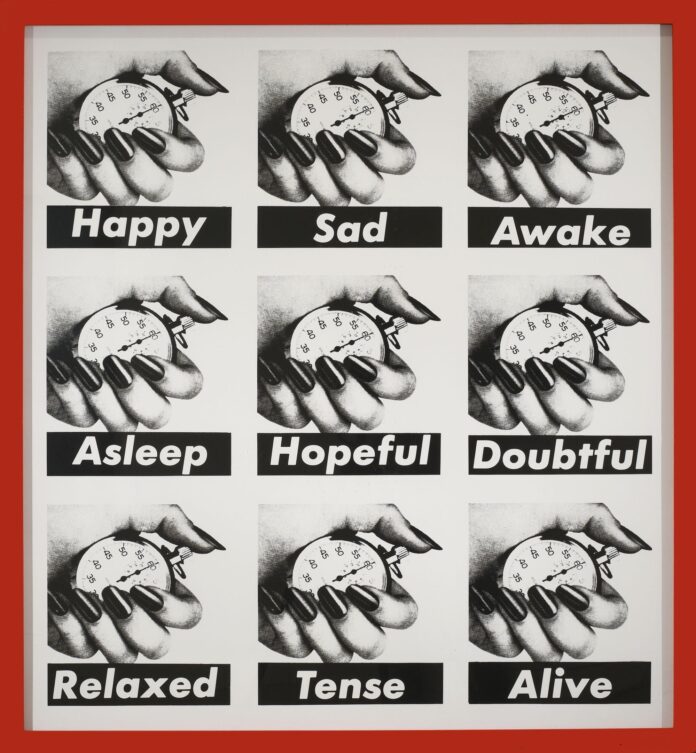 When Heidi Zuckerman was interviewed by the board of the Orange County Museum of Art (OCMA) for the chief executive and director job in 2020, they asked what kind of exhibition she would curate from the permanent collection. “I said, ‘I would do a show called 13 Women,’” she says, “to acknowledge the 13 visionary founders of the museum by showing works by female artists in the collection.” She had done her homework—the museum was founded in 1962 by 13 women who got together and rented exhibition space in Newport Beach. “I’m big on these kinds of initiatives and ways to get people put their heads around these larger ideas.”

The $94m new OCMA building designed by Thom Mayne of architecture firm Morphosis opens to the public on 8 October in the Segerstrom Center for the Arts in Costa Mesa, California. Zuckerman was hired in January 2021, having run another mid-sized museum, the Aspen Museum of Art, for 14 years. There she expanded the programming beyond grassroots to become national and international in scope, and helped raise $45m for a dramatic new building by Pritzker Prize-winning architect Shigeru Ban.

Zuckerman is that rare museum director who has proved to be a whiz at fundraising and also likes to curate. The museum opens with a complement of five exhibitions, and she has curated two of them, including 13 Women (8 October 2022-20 August 2023), with works culled from the permanent collection. It opens with big names such as Joan Brown, Vija Celmins, Catherine Opie, Barbara Kruger and Agnes Pelton, and the works will be periodically rotated, so that by the end of its nearly year-long run, the exhibition may feature as many as 100 different artists.

“The artists presented are intergenerational and broadly based, so there are artists whose work came into the collection a long time ago, and then there’s work that was made specifically for us to acquire this year,” Zuckerman says. Since this year also marks the 60th anniversary of the museum’s founding, it launched a campaign to acquire 60 new works—a goal it has already exceeded. “Actually, we just hit 80.”

The two other large-scale inaugural shows are the California Biennial 2022: Pacific Gold (8 October 2022-26 February 2023), on the ground floor next to 13 Women, and a survey, Fred Eversley: Reflecting Back (the World) (8 October 2022-15 January 2023) in the mezzanine gallery. Zuckerman sees her purview “as super expansive, this idea of being able to serve a really broad and diverse community of 3.1 million people and 31 different cities and all these different spoken languages and super disparate socio-economic circumstances”. To that end, she’s especially pleased that she was able to secure underwriting for free admission to the museum for the next ten years.

“We’ve come up with these three content buckets for all of our exhibitions, and a lot of our education programs,” says Zuckerman. “All of our exhibitions fit into at least one of three buckets. The first is something that I’ve been talking about as an overall mission—this idea of looking back to look forward, and recognizing where we’ve come from, where we are currently, and where we hope to go.” She believes that the 13 Women show fits that mission squarely.

The second programming bucket, she says, has to do with “this idea of space and place, noting that we are located in Southern California, in Orange County, and with the diversity of the audience that we can serve, and then also the associations with California as a brand”. Finally, the third category involves “this notion of sharing and caring”, which includes making all visitors feel welcome.

With those priorities, the relaunch of the California Biennial was a natural move, and Zuckerman tapped former OCMA chief curator Liz Armstrong to lead that effort, with help from co-curators Essence Harden and Gilbert Vicario. Armstrong says the three had a series of meetings on Zoom, and eventually visited some 100 artists. They visited well-known California artists, as well as those “persistently engaged in making art for decades who’ve remained under the radar”, says Armstrong, such as Sharon Ellis, Raúl Guerrero and Ben Sakoguchi. Others on the list of 20 include Alex Anderson, Alicia Piller and Clare Rojas, who work in a gamut of media including ceramics, painting and assemblage.

The Eversley show harks back to a groundbreaking exhibition he had at the museum (then known as the Newport Harbor Art Museum). The new exhibition chronicles 30 years of his work and honours the Light and Space movement in Southern California, of which he is part. The survey has been organised by OCMA’s new chief curator, Courtenay Finn.

Zuckerman believes art matters now more than ever. “I have become basically a straight-across proselytiser about art,” she says, especially “having come out of the pandemic, a time of grief and isolation”. She refers to “the energy contained in works of art, the lingering presence of the people who created it, and how works of art really keep you company. Those are some of the things that I’m interested in talking about.”