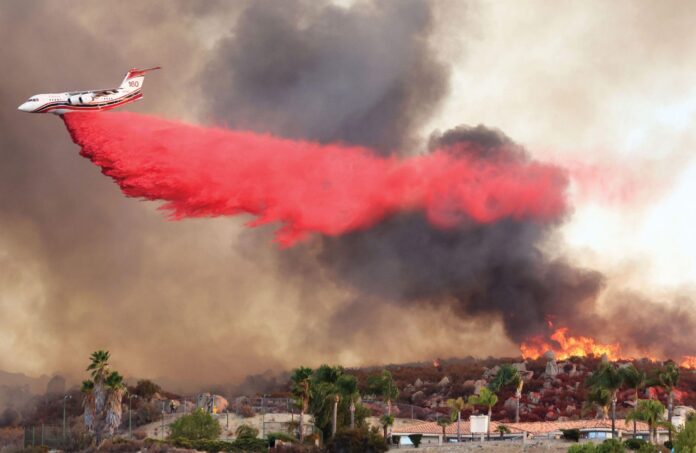 The international art trade is a business that thrives even when downturns occur in the so-called “real” economy. It is reassured by stronger than ever auction prices for desirable works and a seemingly undiminished appetite for the prestige, perks and exclusive lifestyle of the international art scene. The wealthy view art as a safe haven in troubled times. At least, this is how the art market is supposed to work. But increasingly, in the aftermath of the Covid pandemic, with the climate crisis, wars, energy and food shortages, mass migration and inflation creating a range of ever more urgent issues the rest of the world has to grapple with, the art world has had to acknowledge that wider realities exist.

Frieze Seoul has just been added to the list of international fairs whose frequent-flying exhibitors, exhibits and visitors generate industrial quantities of CO2 emissions, while blockbuster art auctions are often preceded by world tours of the most prized lots. This continues to be the case post-Covid, even though ultra-wealthy buyers have supposedly never been more comfortable about buying big-ticket art after only seeing it online.

All this after swathes of our warming planet have endured their hottest summers on record and Vladimir Putin’s weaponisation of Russia’s gas resources has condemned millions of inflation-beleaguered citizens to a winter choosing between heating or eating.

Over the past couple of years this priciest of all luxury businesses has belatedly become more responsive to perceptions of environmental and financial excess. But which of the art world’s issue-conscious initiatives are truly about doing good, rather than feeling good, according to the key distinction made by the Scottish philosopher Will MacAskill, a leading figure in the Effective Altruism movement?

At the end of August Sotheby’s chief executive Charles F. Stewart announced that the auction house was launching its new Social Impact programme with a gala co-chaired by Annie Leibovitz. The star-studded event, held in New York on 28 September, included a benefit auction in support of Instituto Terra, an environmental restoration charity founded in 1998 by the Brazilian photographer Sebastiao Salgãdo and his partner Lélia Deluiz Wanick Salgado, as well as a selling exhibition of 50 of Salgado’s works—together expected to raise more than $3m.

Stewart notes how the Salgado’s “extraordinary art [and] activism… move us deeply”. The sentiment is admirable, but, beyond sentiment, how does this translate into meaningful action? How do top auction houses reconcile their support for environmental initiatives with the formidable quantities of CO2 generated by their consignments and specialists flying around the world?

Data is hard to come by, but a Sotheby’s spokesman says the firm continues to “evaluate and assess all potential opportunities to significantly reduce our carbon footprint”, adding, “digital communication is key among them, and has vastly increased our ability to seamlessly connect with clients around the world”.

Further details of the Social Impact programme are still in development, but the spokesman says that it will focus on three areas: to “promote access”, “protect the planet” and “lend our expertise for our communities”. Each area, he adds, “outlines our commitment to making the art and luxury industries more inclusive, sustainable and collaborative”—a tall order when luxury is still synonymous with exclusivity.

As a member of the Gallery Climate Coalition, Sotheby’s is committed to decarbonising the international art trade by at least 50% by 2030. In recent years, the auction house has decreased printed materials by 95%—a move that also handily cuts costs. Sotheby’s is also piloting new eco-friendly shipping crates, which can be reused up to 100 times, in New York and London.

Of course, the problem is not Sotheby’s alone.

The forthcoming Christie’s sale in November of art owned by Microsoft co-founder Paul Allen is set to become the first single-owner auction to raise more than $1bn. As usual with a blockbuster art auction at Christie’s or Sotheby’s, a selection of highlights will go on a world tour prior to the sale, racking up yet more air miles. Highlights from the Ann and Gordon Getty Collection of fine art, furniture, textiles and decorative objects will have toured to London, Shanghai, Los Angeles and Paris prior to Christie’s four-day sale in New York in October.

In response to the question of CO2 emissions, a spokesperson for Christie’s says: “While digital innovations have helped to provide us with alternatives, they can’t replace the importance for some clients to stand in front of a work of art in person. It is also important to take art to new markets. By making gains in other areas of our business, and by being selective about what we tour, we can mitigate emissions elsewhere in our business.”

Christie’s has hired Avieco, a sustainability consultancy, to help reduce its carbon footprint. Like Sotheby’s, the auction house has joined the Gallery Climate Coalition and is committed to becoming net zero by 2030.

According to the Christie’s 2022 Environmental Impact Report, the auction house reduced its total annual carbon emissions by 57% in 2020. But clearly the Covid pandemic was responsible for much of that. In 2021, when the global art market returned to relative normality, total emissions at Christie’s were reduced by just a further 6.5%.

Christie’s now uses a monthly sea freight container service to transport works between London and New York, which reduces emissions by a reported 80%. The auction house is also making the packaging for art
more sustainable. Reusable crate systems have been tested for the transportation of flat art between New York and London, according to the Christie’s report.

Meanwhile, Phillips has announced that this autumn it will open a new space in the booming art hub of Los Angeles as part of its continuing programme of “global expansion”. The firm’s website says that the new West Hollywood space will showcase “a robust programme of exhibitions devoted to traveling highlights from auctions in New York, London, Hong Kong and Geneva, as well as private selling exhibitions”.

When asked how Phillips might address the problem of emissions generated by the movement of works of art, the auction house provided a statement, without mentioning any specific initiatives: “This environmental issue is one we take very seriously and we are working with Carbon Action as we continue to review and update our processes.”

A case of feeling good, rather than doing good, perhaps?

We, the original donors, entirely accept the suggested changes to the National Gallery’s Sainsbury Wing