Home News Paleontologists in Portugal Are Excavating a Dinosaur Skeleton the Size of a... 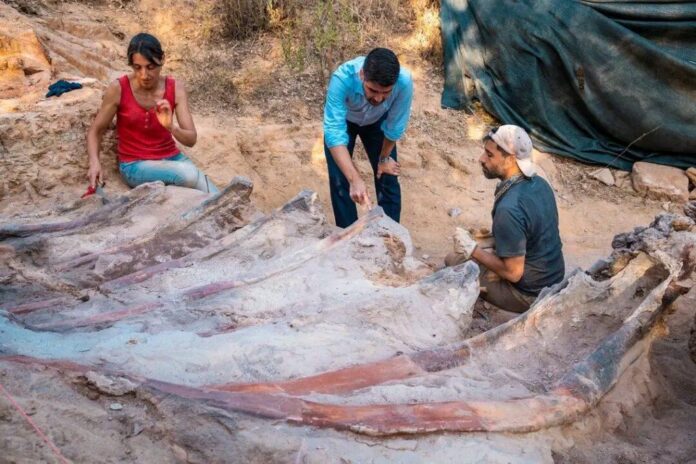 Five years ago, a man in Portugal noticed several bone fragments in his garden. It turns out they could belong to the largest dinosaur skeleton ever unearthed in Europe.

Paleontologists are now excavating the fossilized skeleton in the small, western town of Pombal. They believe the bones belonged to a sauropod during the Upper Jurassic period, around 100 to 160 million years ago.

Herbivores that walked on four legs, with long necks and tails, sauropods belong to a family that includes the brontosaurus and diplodocus, and are among the largest animals to have ever lived. This particular specimen measures 40 feet tall and 82 feet long—or roughly the size of a four-story townhouse.

“It’s one of the biggest specimens discovered in Europe, perhaps in the world,” Elisabete Malafaia, a postdoctoral researcher from the Faculty of Sciences at Lisbon University, told the Associated French Press in August. 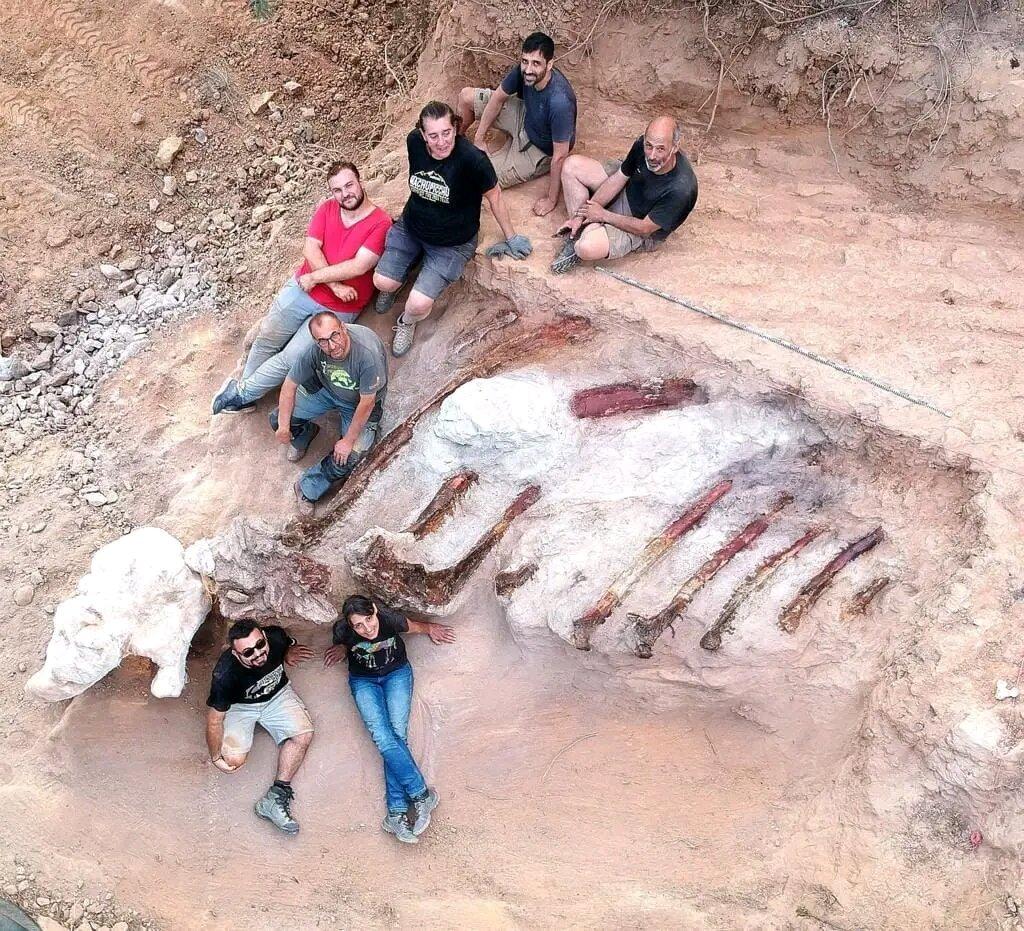 Courtesy of the Instituto Dom Luiz and the University of Lisbon.

The owner of the yard in Pombal discovered the fossilized bones while doing a construction project in 2017. He promptly contacted Malafaia and other researchers from the University of Lisbon, who launched their first dig at the site that same year.

Their more recent excavations took place at the beginning of last month. It was then that the size of their subject—and the significance of their work—became apparent. So far, their digs have yielded vertebrae, ribs, and other parts of the creature’s axial skeleton.

“It is not usual to find all the ribs of an animal like this, let alone in this position, maintaining their original anatomical position,” Malafaia said in a statement. But, she added for CBS News, “This kind of preservation is relatively rare for large-sized dinosaurs from the Portuguese fossil record, and indicates particular and unusual environmental, and taphonomic features.” 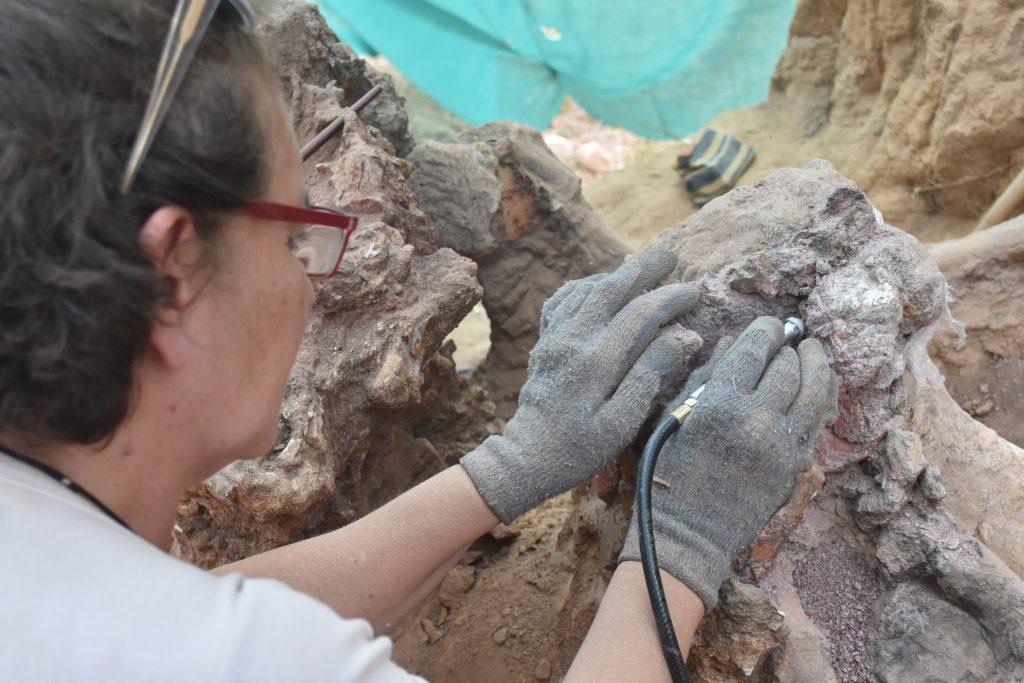 Courtesy of the Instituto Dom Luiz and the University of Lisbon.

What’s more, the discovery may indicate that there are more fossils to be found at the site—and in Portugal at large—the paleontologist explained.

The finding “confirms that the region of Pombal has an important fossil record of Late Jurassic vertebrates, which in the last decades has provided the discovery of abundant materials very significant for the knowledge of the continental faunas that inhabited the Iberian Peninsula at about 145 million years ago,” she said.

Future excavation campaigns are planned for the site. For now, the researchers will transport the newly uncovered fossils to a laboratory, where they plan to document the objects prepare them for future study and likely even display in a museum, Malafaia told Newsweek.

Dolly Parton, Who Already Has a Museum to Her Name, Wants to Open a Second One at a Planned ‘Dolly Center’ Complex in Nashville