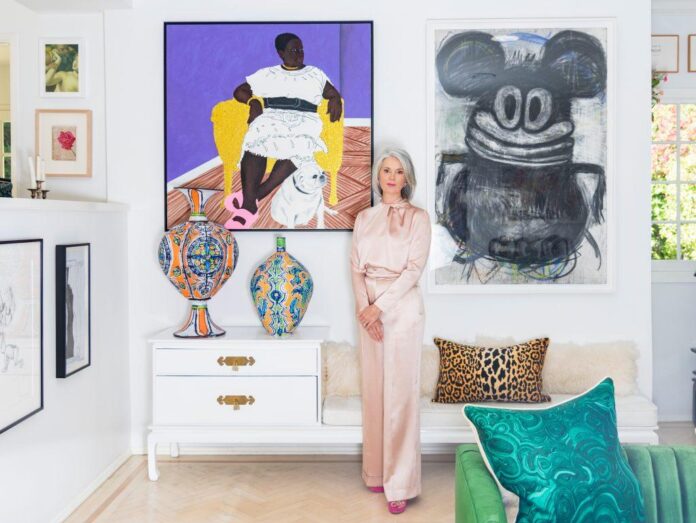 Sarah Gavlak has been synonymous with the West Palm Beach, Florida art scene since the end of 2005, when she opened the first contemporary gallery on the island enclave with a bold show by a young upstart named Wade Guyton. In the 17 years that followed, her gallery in Palm Beach grew from a plucky little space into a bicoastal operation that exhibits works by artists like Lisa Anne Auerbach, Betty Tompkins, Marilyn Minter, and Gisela Colón.

While focused on connecting historical trends around female artists, artists of color, and queer artists, Gavlak has a penchant for works on paper as well as the color pink. Overseeing galleries informs her personal art collection, which hangs in her homes in Palm Beach and Los Angeles that she shares with her husband, creative executive Barry Blumberg. 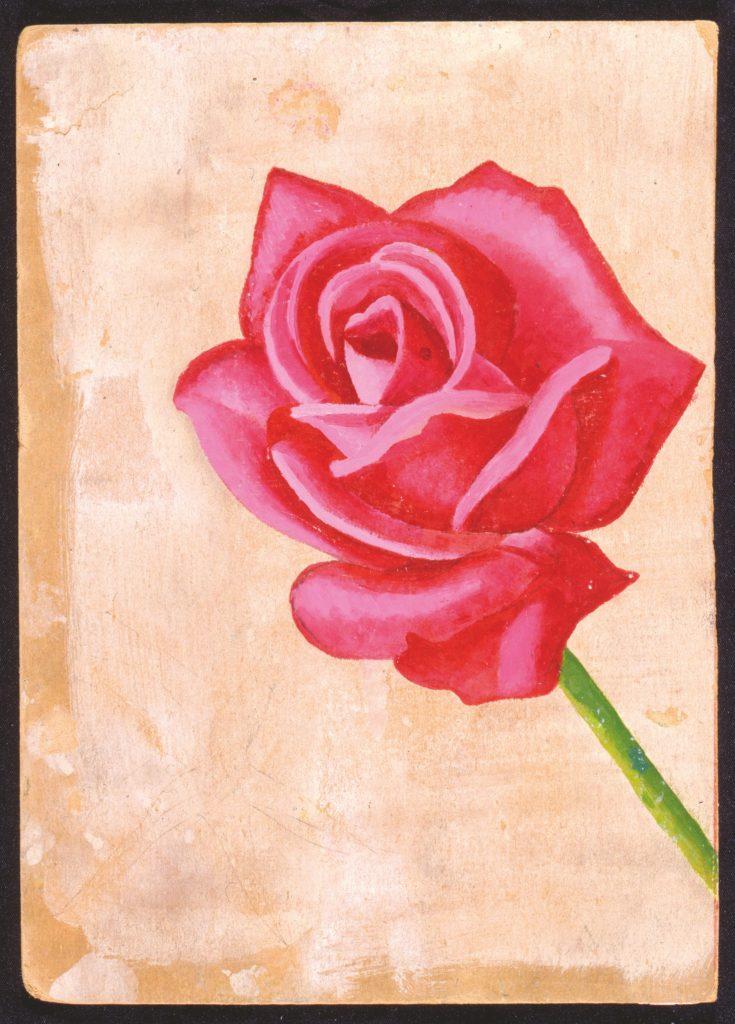 What was your first purchase? And how much did you pay for it?

Oh my god. Do I even remember? Was it before I had my gallery? Probably not, because I couldn’t afford any art. The first piece I really bought was probably a Mary Weatherford painting. It was 2008, and I think it was $3,500. It was definitely under $5,000.

Wow, that’s a lot less than they sell for now.

I know. And I absolutely love it. Mary knows I have it and she’s seen it in my place.

I think my most recent would have been a Leonor Fini work on paper at auction this past spring. I focus my collecting on works on paper by women artists.

Some others I have purchased recently are by Elizabeth Catlett and an overlooked Spanish Surrealist, Maruja Mallo, from 1942. It was in the “Milk of Dreams” in Venice. 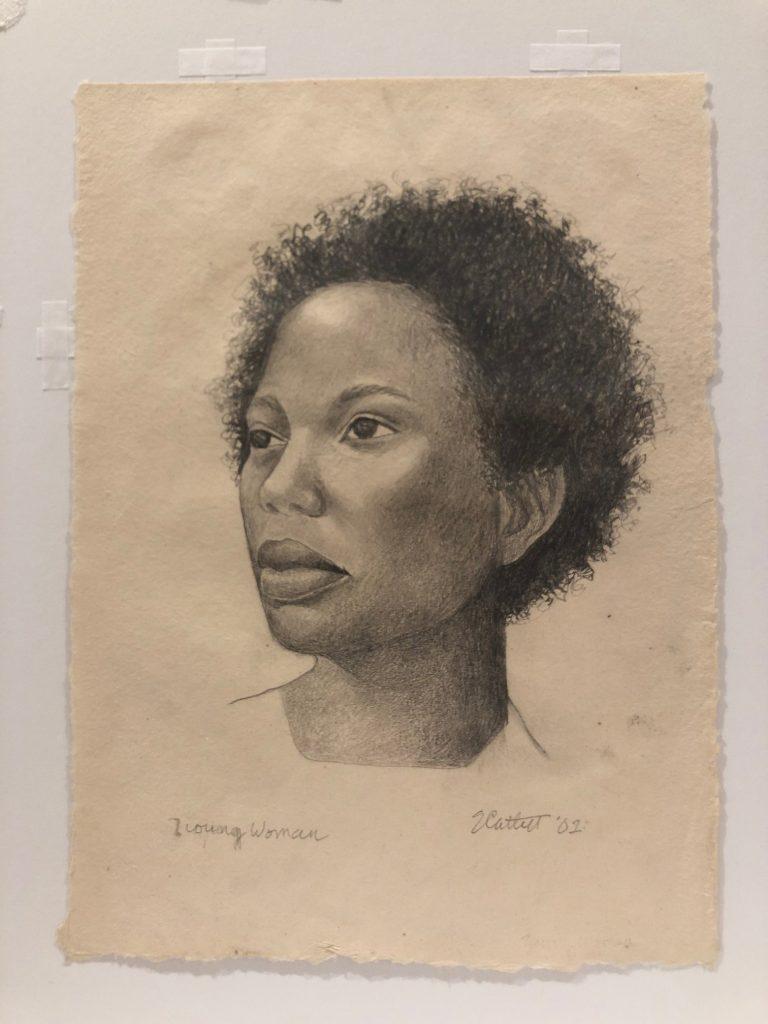 What works or artists are you hoping to add to your collection this year?

Beth DeWoody curated a show for me over 10 years ago in Palm Beach called “Think Pink.” She’s doing a follow-up to that in the Los Angeles gallery called “Think Pinker.” It was from her first show that I bought the Mary Weatherford painting. I was barely making enough money to pay rent for the gallery. So I think there are going to be some really great things in that exhibition. I will buy something.

Oh gosh. I don’t know what they’re selling for now, but I have a Simone Leigh cowrie shell. I showed her work in Palm Beach over 10 years ago. So it might be that. It’s not from her head series, unfortunately.

Galleries and auctions. Going back to collecting works on paper by women artists from the 18th century: I have a few, and they’re under $5,000—including an Angelica Kauffman drawing and a full pastel portrait of a woman by Katherine Read, who was a contemporary of Élisabeth Vigée Le Brun. Those are from Old Masters sales at Sotheby’s or Bonham’s.

When I read Vigée Le Brun’s biography, I learned that these women really had to struggle. They weren’t admitted into the Academy; they were not allowed access to the tools for which artists made their career. So the fact that they had any sort of success in their lifetime is incredible.

I always dreamed of having something of Vigée Le Brun, but they’re expensive now—which is great. 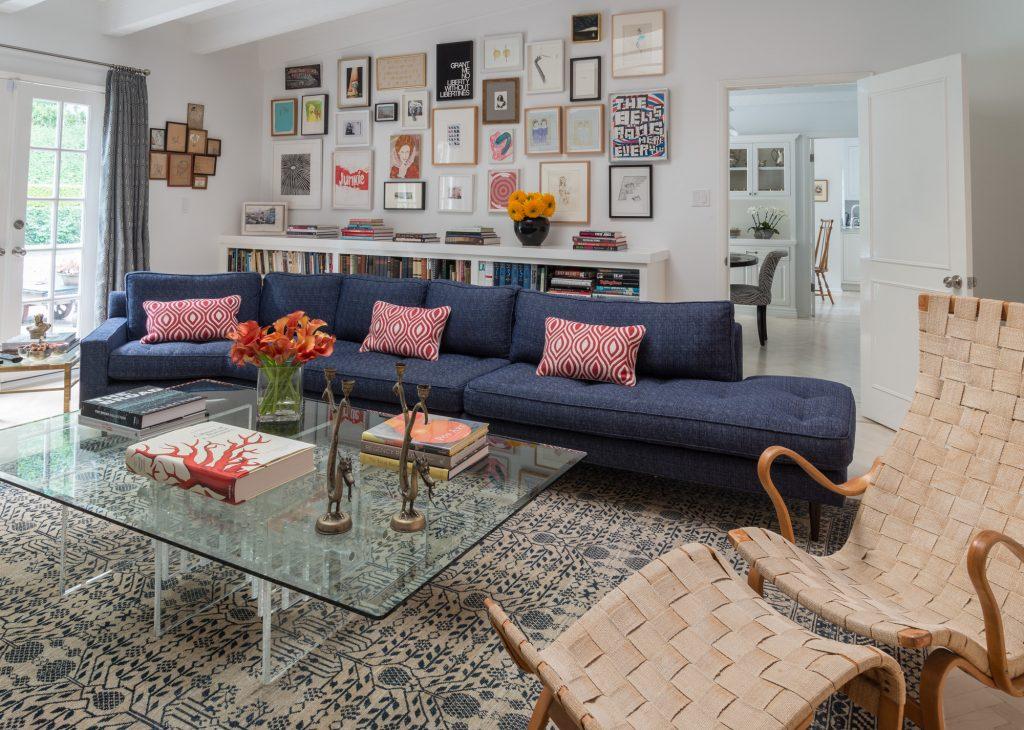 The salon wall above the sofa. © Firooz Zahedi.

What work do you have hanging above your sofa?

Above our sofa in our den, we have this salon wall of works that has everything from Yoshitomo Nara drawings to a little Anne Collier photograph to younger artists like Andrew Brischler. That’s where I do Zooms. It’s my husband’s background, too. When we do our meetings, people always compliment us.

But the thing that I really, really love that’s above our sofa in Palm Beach and also above our mantle in Los Angeles is a Gisela Colón sculpture. Her pieces change during the day reacting to the ambient light and the sunlight, and when I show people how they look at different times of the day, they just can’t believe it. They’re really magical. I’ll pass by in the night to get a glass of water or something and just be stopped dead in my tracks.

What adorns your bathroom?

We have a lot of work in our bathroom. In my powder room in Palm Beach, I have these photographs that Bunny Yeager took called “How I Photograph Myself.” In the 1950s she was a model; then she taught herself photography; and then she embarked on a proto-feminist, proto-conceptual art project over many years, where she dressed herself in different wigs and costumes and backgrounds, and photographed herself like Cindy Sherman did 25 years later.

So I have a beautiful work of Yeager nude on the beach, where she reveals her process of how she took pictures of herself in the mirror with the camera release, and another one of her at her desk being very serious, sending out her letters and correspondence.

And then, in our bathroom in Los Angeles, I have a very sexy Marilyn Minter of Pam Anderson, and a Penny Slinger—she shows at Blum & Poe—that I got many years ago at auction.

And then I have Rob Wynne, because they’re glass, so it’s okay to have them where it gets humid. We also have a mirror piece by John Boskovich that my husband bought in the 1990s. So on my side, I have a pink-mirrored Rob Wynne, and on his side, we have a blue mirror with a very macho anchor etched into the glass. 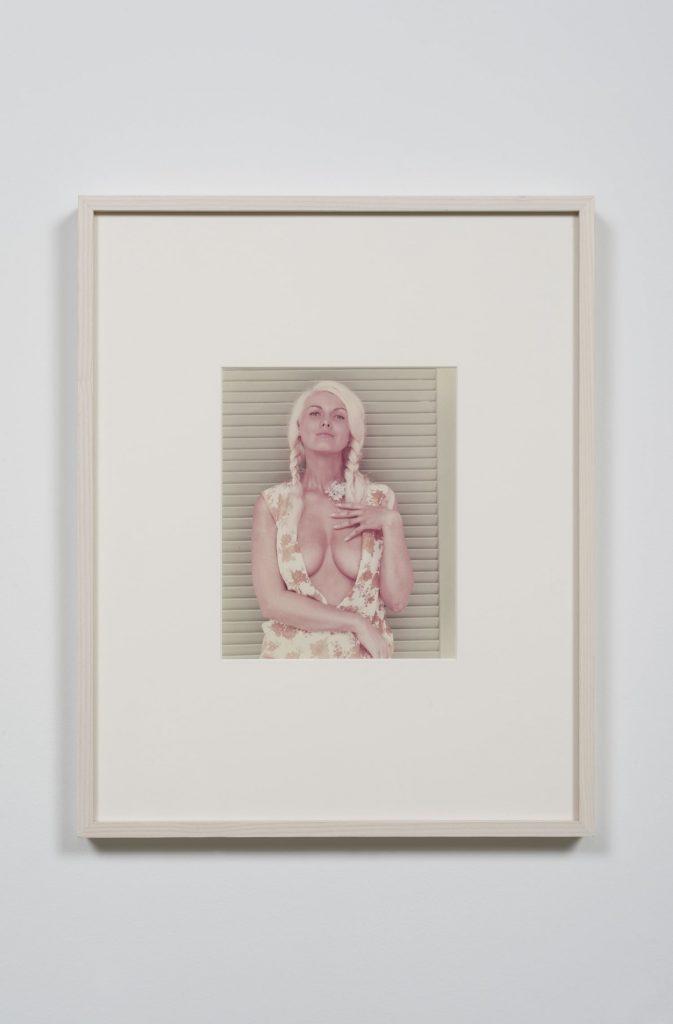 What’s one piece in your home that feels very Palm Beach?

I have a large, really amazing Jose Alvarez (D.O.P.A.) collage. Jose is Venezuelan, but he’s based in the Miami-Fort Lauderdale area. He’s one of the artists I’ve been working with the longest. It’s just this incredibly beautiful and dynamic and very Latin-American and exuberant collage with crystals and feathers and paint.

We also have this large Deborah Brown painting of a nude woman on water in a canoe with her dogs. It’s an ocean-scape, and very free.

Has being a gallerist changed your approach to collecting art for your home?

Yes and no. It’s good for me to own most of the artists I represent, but I love having all different kinds of things.

In L.A., we have a big Joyce Pensato—she made us a drawing for a show that Andrew Brischler curated at the gallery. My husband and I ended up buying that and keeping it. It links to ceramics by Elisabeth Kley, who I showed years ago as well. They were very close, Elizabeth and Joyce, so I like that they’re near each other. I like to showcase artists I’m working with, but I also like that there’s just work that I love. 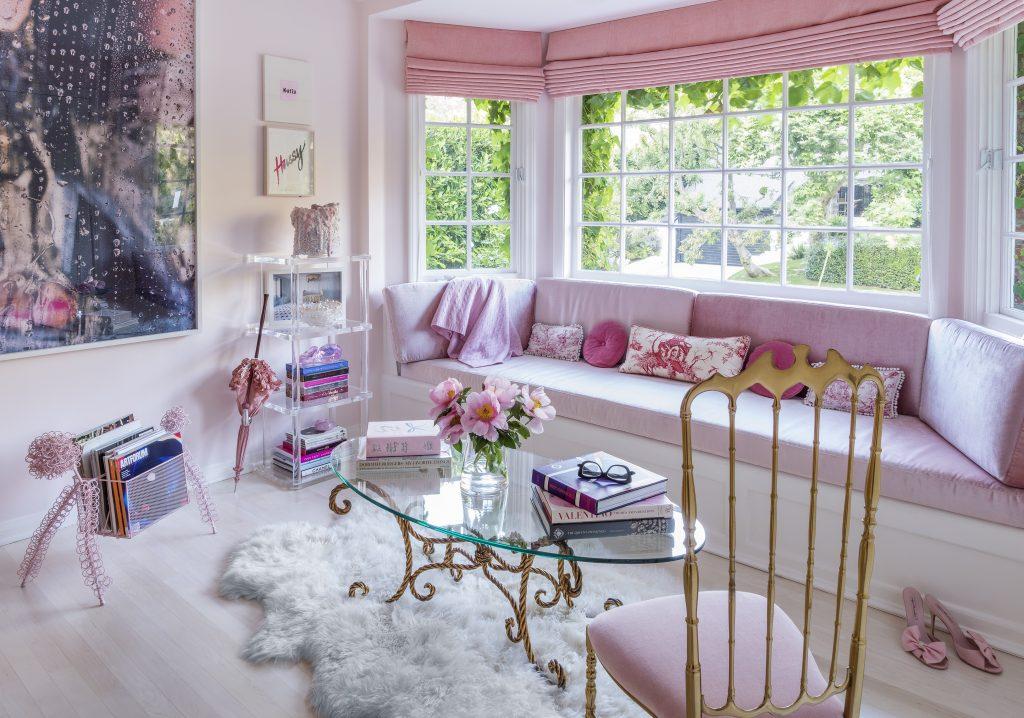 Do you have a favorite art-filled nook that you go to for creative inspiration?

In Los Angeles, I have a whole little pink room that has a pink window seat, and it has a little library, and I like to sit in there. It’s very warm and I do meetings in there if I’m working from home.

And most of the work is pink?

Yes. I have an Elaine Reichek little pink satin embroidery that’s referencing an Ed Ruscha piece. There’s a similar work that was donated inside the Baltimore Museum of Art. And I have an Andrew Brischler drawing. I also have a Scott Reeder pink spaghetti painting…

5 Greek Myths You Should Know for Your Art

DALL-E, The AI Art App, Is the Breakout Star of a New Show About Dreams at Florida’s Dalí Museum