Home News In a Heist Fit for a Movie, Thieves Broke Into a German... 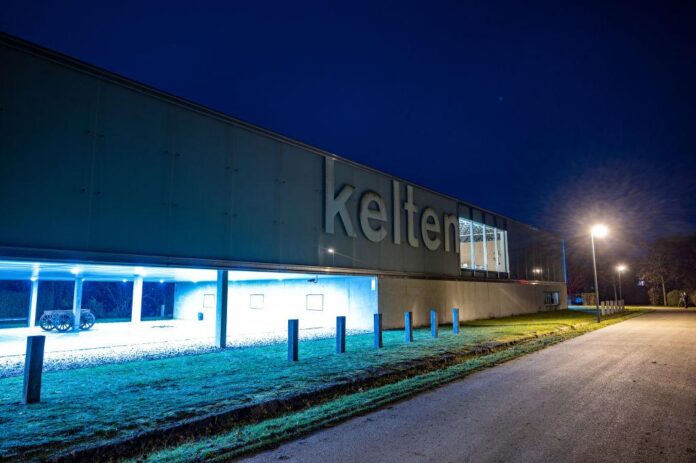 The police have not disclosed whether they have arrested anyone for the crime, but it has been suggested that the criminals were professionals who got away with the heist by disrupting local phone and internet services.

The ancient treasures are around 2,000 years old and were uncovered in 1999 during the excavation of a large Celtic settlement in the modern-day region of Manching in Bavaria, Germany. It was the largest discovery of Celtic gold in the last century and a landmark find at one of the most important archaeological sites in central Europe.

In 2006, the treasure was installed at the nearby Roman-Celtic Museum, which presents local finds from the Iron Age and Roman times. It became the crown jewel of the collection.

“The loss of the Celtic treasure is a catastrophe, the gold coins are irreplaceable as evidence of our history,” said Bavaria’s minister for science and art, Markus Blume, according to a report in Monopol. “Whoever did this, someone has violated our history.”

“The burglary must have taken place in the early hours of the morning,” said a spokesperson for the LKA. “It was classic, as you would imagine in a bad film.”

It is believed the thieves succeeded in part by disrupting local phone and internet services. “Professionals were at work here,” the local mayor, Herbet Nerb, told the . “They cut off the whole of Manching. The museum is actually a high-security location but all the connections to the police were severed.”

The local criminal investigation department for the city of Ingolstadt was initially called to the scene but the severity of the case meant it was transferred to the state police.

The site of the archaeological dig itself has also been known to attract thieves. In May of this year, individuals illegally dug some 140 holes that they presumably probed for undiscovered treasure. It is not yet known if they were successful and what may have been taken.

Germany has been targeted by several high-profile museum heists in recent years. A major jewelry collection, Dresden’s Green Vault, was hit in 2019, and the losses amounted to as much as $1 billion. A few days later, thieves broke into Berlin’s Stasi Museum, making off with medals, jewelry, and other artifacts. In 2017, a huge gold coin known as the “Big Maple Leaf” was stolen from Berlin’s Bode Museum.