Home News ‘People Are Willing to Give Their Lives’: We Spoke to Ukrainians Who... 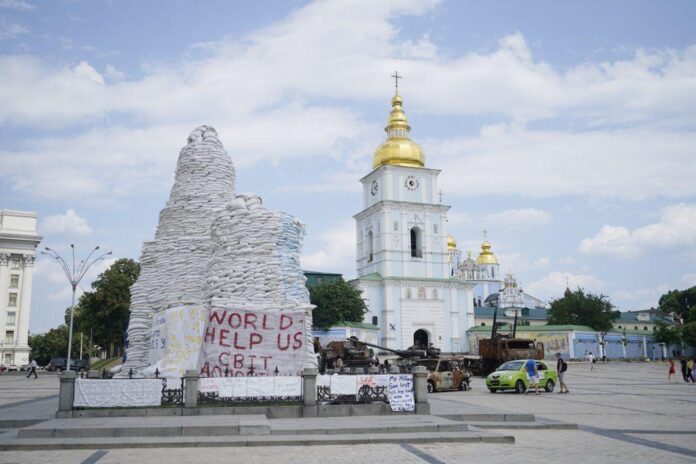 As fighting rages on in Ukraine, in the months since Russian forces invaded the country in late February, there is understandable concern about the theft of art and cultural property.

According to reports in late April and early May, there has already been widespread looting by Russian military of valuable artworks and historic gold collections in cities including Mariupol and Melitopol. In a number of cases, it’s unclear whether missing objects and collections have been successfully hidden away for safekeeping or have been destroyed or stolen.

UNESCO has verified damage to 161 sites since the start of the war, including 71 religious sites, 12 museums, 31 historic buildings, 23 buildings dedicated to cultural activities, 17 monuments, and seven libraries. According to a Ukraine state-run site that is cataloguing the destruction of cultural heritage in the country, 411 objects have been lost so far.

In the meantime, the fate of many museum collections in occupied areas is in a state of limbo. In the early days of the war, Kyiv-based museum veteran Milena Chorna banded together with several colleagues to form the Ukraine Museum Crisis Center. “We decided to join our efforts to help all our colleagues who need more assistance than we did in Kyiv,” she told Artnet News. It quickly grew from four staffers to 12 today. 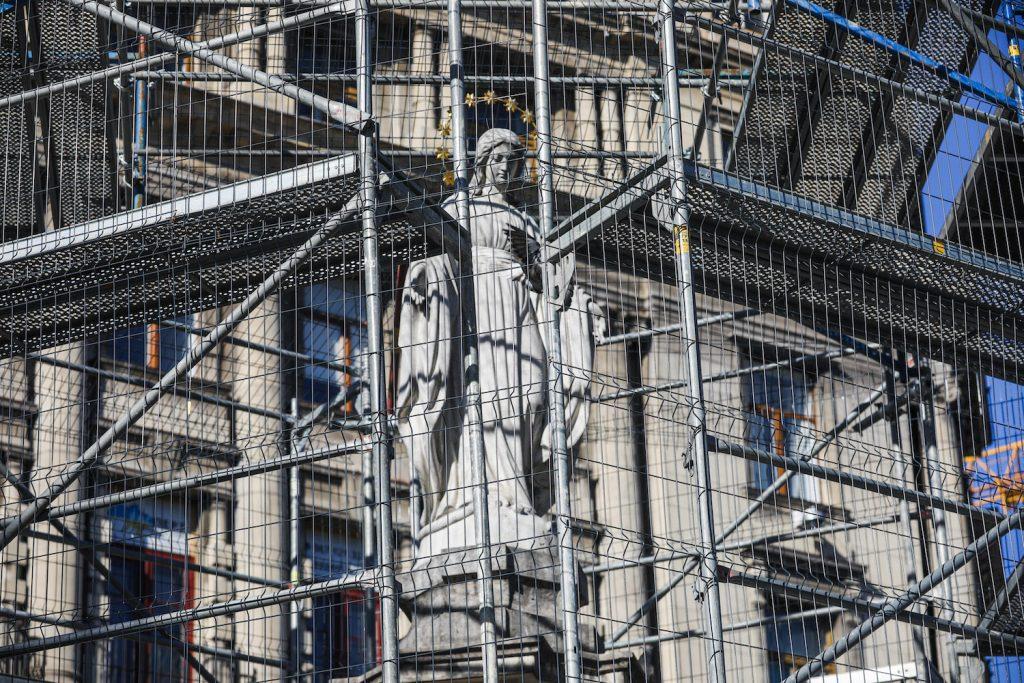 The Statue of Virgin Mary protected with a steel structure in Lviv, Ukraine May 18, 2022. Photo: Aziz Karimov/SOPA Images/LightRocket via Getty Images.

“It’s important to use our network to get in touch with colleagues in Eastern and Southern Ukraine and even in the North, to understand what the situation is [in those regions],” Chorna said. “We understand that Kyiv is the primary target, but it wouldn’t be so easy to take that over. Small regional museums have really suffered a lot. And we remain in contact with people in the occupied territories.”

For some institutions, the scene is all too familiar. Museums in Crimea already endured theft following the Russian annexation of the region in 2014, including looting at the prestigious Gorlovka Museum. During that earlier invasion, Chorna said, one dealer friend in Kherson, in southern Ukraine, who specialized in antiquities had stashed all his inventory in another friend’s garage, but within two days, an unidentified squad showed up and spirited everything away.

Making matters more complicated, Chorna says it’s not clear what exact affiliation these groups have. “They were not soldiers but appear to have some military background,” but no clear identifying marks or insignias. “They come prepared with lists,” she said, adding that it’s unclear whether the lists “are provided by someone local or did they get this just by browsing the Internet.”

The Kherson region was recently occupied by Russian forces, and Chorna told Artnet News that she is hearing disturbingly identical stories from museum and dealer colleagues there now. Given that experts said they are just starting to see objects crop up on the black market after the Crimea invasion, it could be years before the extent of any new looting is known.

I witnessed examples of people willing to give their lives to save the collections. I want to emphasize that it’s predominantly women who work in Ukraine museums, and many are single mothers due to the war. It did not affect their actions, even under the threat of machine guns. They are truly heroic.

Olesya Mylovanova, the director of the Luhansk Regional Museum of Local Lore, was there when Russia invaded in 2014. She and others were able to successfully salvage much of the museum’s collection and evacuate to the “less threatened” area of Staobilsk. There, she was able to merge her institution’s holdings with the local lore museum’s, and pool their government funding.

This time around, Mylovanova and other museum staffers were on high alert and had been urging authorities to let them move the collection and related documents for safekeeping, ahed of the February invasion. They did not get the needed permission and were instead instructed to “remain calm,” Chorna says. By late February, they had packed up much of the collection and documentation—but it was too late.

“On February 24, the first day [of the Russian invasion], the fighting got so extreme so fast in Staobilsk,” Chorna said, and there was no chance to evacuate the material. The next day, two missiles struck very close to the museum. 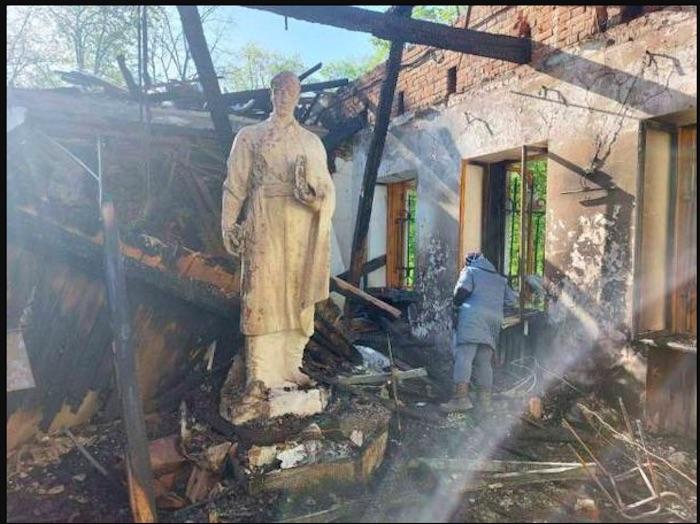 Damage at the Hryhoriy Skovoroda Memorial House in the the Ukrainian village of Skovorodynivka. Image via culturalcrimes.

Mylovanova, who has since fled to Lviv, is still in contact with staff at 17 other museums in the now occupied region, including elderly workers and janitors who cannot leave or who have remained behind to safeguard the collections as best they can.

“We usually tend to believe that the most precious things in museums are the artefacts,” Mylovanova said in an interview with Artnet News. “But this war proved that the most precious thing in the museums are the people. I witnessed examples of people willing to give their lives to save the collections. I want to emphasize that it’s predominantly women who work in Ukraine museums, and many are single mothers due to the war. It did not affect their actions, even under the threat of machine guns. They are truly heroic. They are willing to give their lives to fight for and preserve Ukrainian identity because Ukrainian museums present Ukrainian culture. And they know they were targeted for that.”

Unlike for artists, journalists, or scholars, “there isn’t really a support structure for museum workers who put themselves at risk,” said Brian Daniels, the director of research and programs for the Penn Cultural Heritage Center at the University of Pennsylvania Museum. Daniels also leads the National Science Foundation-supported Conflict Culture Research Network, a group of scholars at 15 international universities and research organizations focused on the study of intentional cultural destruction.

“We see this often in times of conflict,” he said. “When people rush to leave, you see museum workers rush to stay to safeguard the collection, especially when the substance of the conflict is about cultural identity and whether or not that identity is going to survive.”

“This seems to be a newer phenomenon to conflict… the identitarian justifications for it,” he continued. “It’s certainly the thesis that has been marshaled by Putin’s Russia for this conflict and I think this is why you see so many Ukrainian museum workers placing themselves at risk—because the stakes are so high to the community.”

Amazing Pictures By The Blind Artist