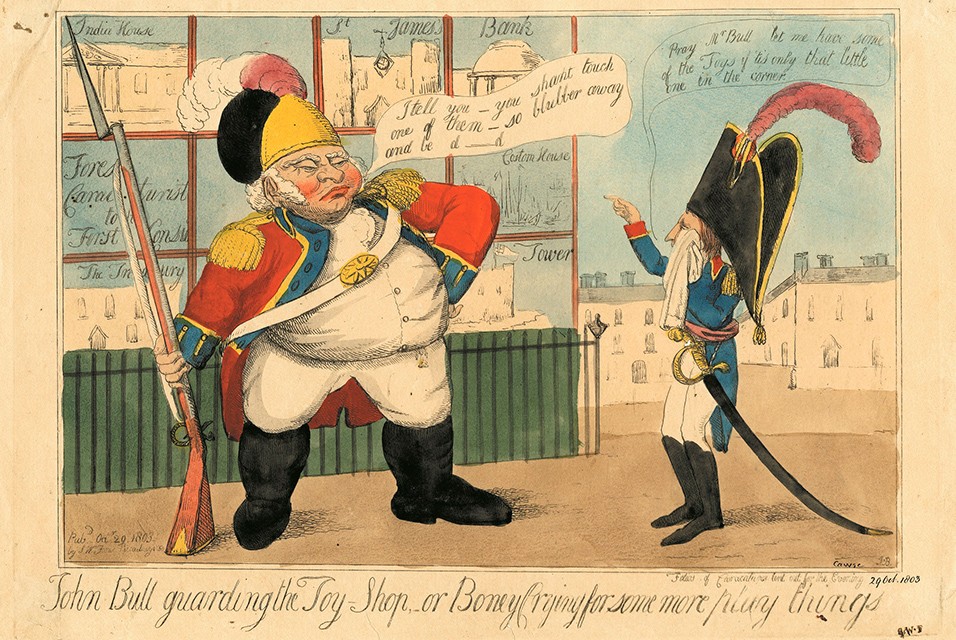 The British Museum is presenting a selection of objects in a new display called Pots with Attitude: British Satire on Ceramics, 1760-1830. This focused display offers a unique opportunity to enjoy 18th-century satire on both ceramics and prints. Drawing on the British Museum’s rich collection of satirical and political prints as well as loans from a private collection, this exhibition reveals how political blunders and royal scandals were caricatured for the pleasure of Georgian society. This is the first exhibition at the British Museum to focus on the display of printed ceramics alongside their engraved counterpart prints.

Ceramics are rarely confrontational, yet when printed with political messages with a powerful agenda, they are transformed. The invention of fine creamware (cream-colored earthenware) and the development of transfer-printing on glazed clay in the 1750s coincided with the great age of British printed satire. Hand coloured prints parodied the political and social elite, and humour dissipates the uncomfortable truths in these single sheet works published in London between 1770 – 1830. While these were sold to the urban upper-classes, a more widespread audience in inns, taverns and cottages, enjoyed these same messages on common pottery. 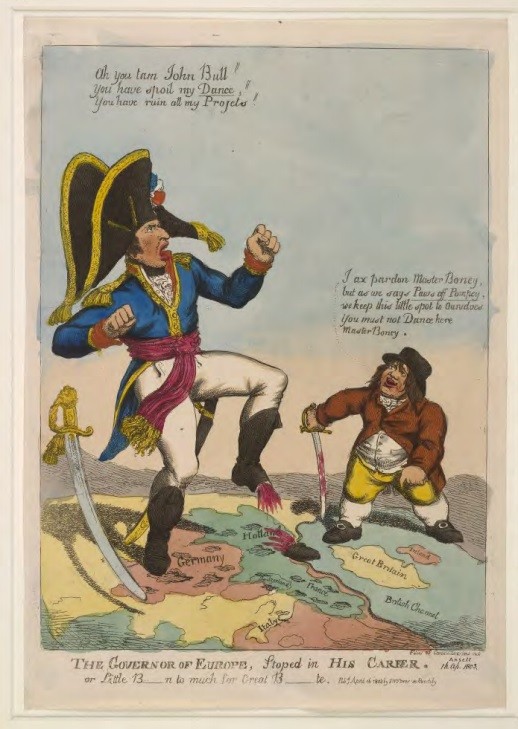 This display includes 80 objects, some of which have not been on display for decades. They are primarily mugs and jugs, associated with hard drinking, ballad singing, public houses and other masculine spaces. The impact of satirical prints, however, spread beyond ceramics, and other items included in the display are a cotton handkerchief with the “Peterloo Massacre” of 1819 and a grisly folding fan with hidden profiles of the executed French sovereigns, dated 1794. In all the objects, British values are on trial and any threat to social stability becomes a cause for ridicule.

Some entrepreneurs approached political controversies like the public reactions to the Papists Act 1778, allowing Catholics to own property, the campaign for the abolition of the transatlantic slave trade, and the threat of a French invasion during the Napoleonic War. British potters also printed ceramics for the American market during periods of tension. They frequently made printed pottery for both sides, and later even recycled these images for the domestic market.

The images became increasingly hard-hitting, especially during the threat to Britain and its empire from Napoleon Bonaparte in 1803. Prints as government funded propaganda by James Gillray and others stirred up the populace and belittled the Corsican, a diminutive and vulgar tyrant. Just weeks before the collapse of the Peace of Amiens in May 1803, the caricaturist Charles Williams captured a colossal ‘Boney’ with a foot firmly planted in Germany about to straddle the English Channel. A feisty, pint-sized John Bull with a blood stained sword has sliced off his toes, while exclaiming ‘Paws off, Pompey’, associating Bonaparte with the hero of a popular novel, a lap-dog, known as ‘Pompey the Little’. The image was immediately copied on ceramics by an unidentified pottery, perhaps in Staffordshire or Liverpool. Few of the ceramic manufacturers marked their ware, perhaps preferring anonymity.

Pots with Attitude: British Satire on Ceramics, 1760-1830 unites political prints and transfer-print ceramics, two great British traditions that have rarely been displayed together. This free display is part of a one-year Monument Trust-funded curatorial project to research and champions links between 18th-century prints and ceramics.

Videography Of A Unique Phenomen – Cloud Inversion Inside the Grand Canyon