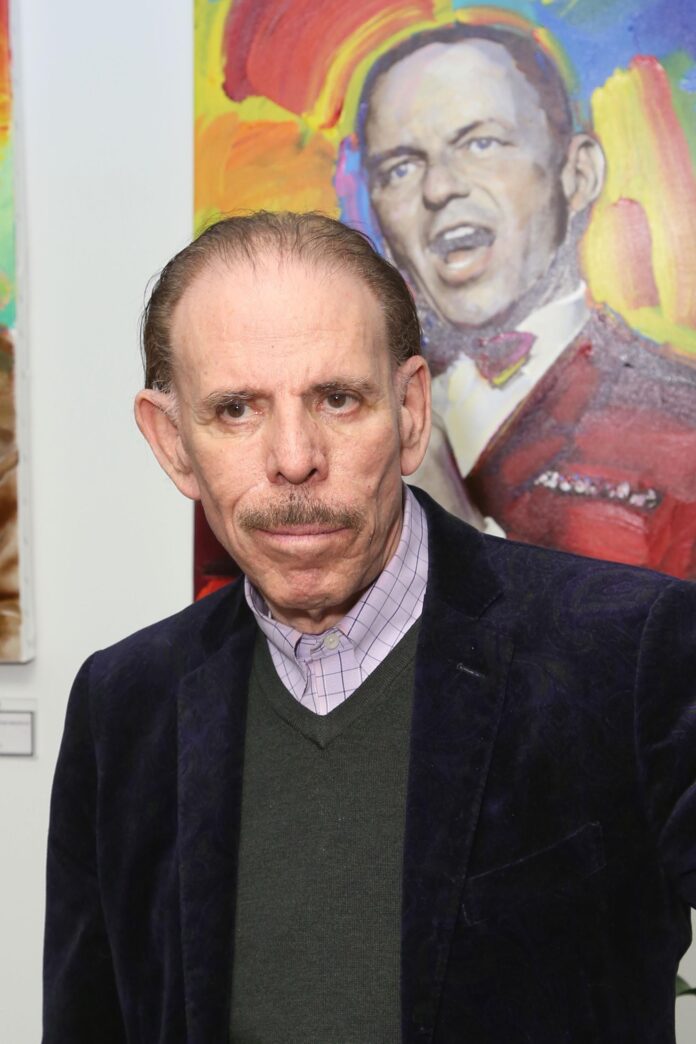 Things have been hard for Peter Max. Once the kind of crossover star whose psychedelic canvases propelled him to levels of fame usually reserved for movie stars and rock musicians, Max has been at the centre of a cavalcade of lawsuits and countersuits that involve friends, family, guardians and the legal system, each arguing they know what is best for the Pop artist. All the while Max himself, who lives on Manhattan’s Upper East Side and suffers from Alzheimer’s-related dementia, remains unheard from.

The most recent development comes from Max’s daughter Libra Max. In a complaint filed on 14 June in the New York State Supreme Court, Libra Max expressively rails against the attorney Barbara Lissner, the guardian appointed by the courts at the behest of Peter Max’s wife Mary Max, nee Balkin. (Balkin committed suicide in 2019, shortly after an exposé in the New York Times detailing allegations that in his weakened condition Peter Max was being exploited by business associates and abused by Balkin.)

According to court documents, Libra Max says Lissner’s guardianship is “inhumane and predatory” and has caused her father “crippling emotional trauma” due to “isolation” and “medical neglect”. The complaint goes on to accuse Lissner of being a financial predator, billing Max’s estate $2m at a rate of $550 per hour and causing Libra “severe emotional distress” by refusing to allow her to take her father to a pulmonologist for his respiratory problems. “He is now on 24/7 oxygen, can barely talk, and can no longer walk,” the complaint reads. “Peter Max is at the end of his life.”

This complaint is one of many. As hard as Libra Max has fought to free her father from the court-imposed guardianship, Barbara Lissner has fought to defend her name and discredit Libra. In a lawsuit dated 13 December 2021, Lissner claimed Libra was trying “to wrest control of the guardianship, asking the court time and time again to appoint her as Peter Max’s guardian”. That complaint also alleges that Libra’s interest in the case had been “buoyed by the ‘Free Brittany [sic] Spears’ movement”.

In a 2021 New York Post story, Libra Max claimed her father was “being treated like a prisoner” because of the guardianship and alleged that she is only allowed to visit her father for one hour at a time, with visits limited to a public bench in Riverside Park. Meanwhile, over the numerous years and piling complaints, accusations bounce from person to person like bullets ricocheting off steel. The artist’s son, Adam Max, also spoke to the New York Post, backing Lissner and saying she gives his father “excellent care. He’s never been treated better in his life”. Adam has also been accused, in a separate complaint, of taking over his father’s studio and increasing production of his work through assistants and surrogates even though Peter Max could no longer paint and can barely sign a canvas. Those paintings are regularly sold for auction to unsuspecting tourists on cruise ships.

Before her death, Mary accused Adam of once kidnapping his father. Libra has accused Lissner of kidnapping her father. Adam has backed Lissner in the New York Post, claiming that his father has “never been treated better in his life” under Lissner’s care, while Libra’s lawyers, in the same publication, claim that Lissner’s case is “a tissue of lies and a money grab” and motivated by greed and a desire to silence Libra Max for exposing the abuse of her father”.

It has been three years since the saga began, but clearly it is nowhere near the end. One wonders what Peter Max, at the centre of this storm, has to say. But at the moment, finding that out seems unlikely. A reporter from the New York Times attempted to interview Max for the 2019 piece, but found only a man suffering from what seemed to be dementia, unable to speak for himself.