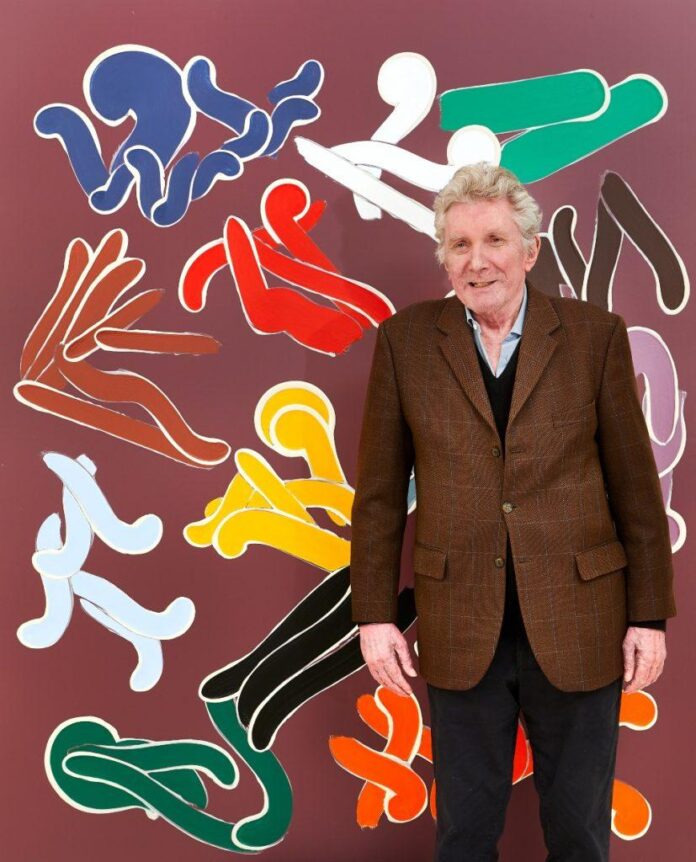 Pierre Dunoyer has made a name for himself as a pre-eminent abstract painter within France’s contemporary art scene, but his path into painting was unusual.

Born in Marseille, he studied architecture and psychopathology before starting up his artisitc practice in 1976. These two fields seem to coexist still for the artist who makes distinctive and vibrantly lyrical “painted thoughts,” which have been presented at the National Gallery of the Jeu de Paume, the Grand Palais, and Centre Pompidou, all in Paris, as well as the Villa Medici in Rome.

Now based in Paris, Dunoyer is the subject of an intimate retrospective of just 14 carefully selected paintings (from an oeuvre of more than 400 works) Paris’s Museum d’Arte Moderne, which runs until March 13, 2023. Spanning from 1978 to 2022, these works chronologically trace the development of Dunoyer’s once formal approach as it became evermore free and expressive.

He offered Artnet News a glimpse into his peacefully sunlit studio on the outskirts of the city. 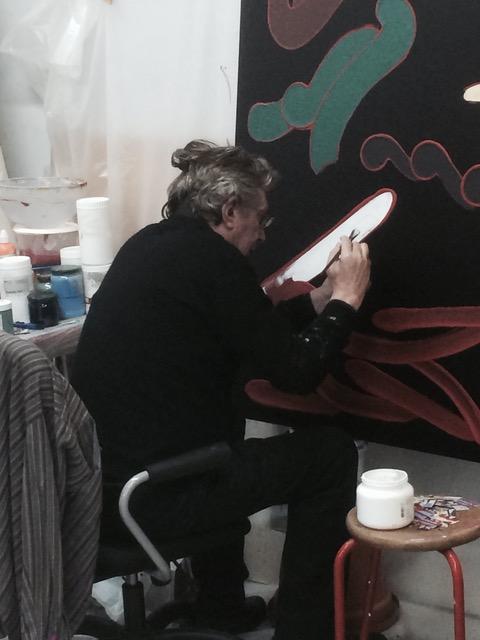 Pierre Dunoyer in his studio. Portrait: Dimitri Orlac. Courtesy of the artist.

Tell us about your studio. Where is it, how did you find it, what kind of space is it, etc.?

For the last ten years I’ve been sharing a studio space of a very close artist friend. The studio is located in Cachan, in the suburbs of Paris where I live. It’s a nice, peaceful, and welcoming space and I especially appreciate its glazing which gently lets the light infuse in. Throughout my life, I’ve never really had a workshop of my own except for short periods of time when I was preparing for exhibitions. I would however love to have my own studio space, not only for painting, but also for thinking, listening to the silence, and letting the hours go by.

Since 1997, I have only painted in the daylight hours, whereas during the first 20 first years of my working life I painted with artificial, unforgiving light to be sure that the result was not just a projection of mine, but to be sure it was really there, that it resisted.

What is the first thing you do when you walk into your studio?

I sit down and look for a while at the work in progress (if there is one) or think about the next tableau I am going to create. If my friend is there, we often engage a conversation, talking together about a multitude of subjects, not always related to our work. Sometimes I do nothing at all, and just leave to go home again.

Until now, I haven’t had any assistants, but as I get older and my health is failing, I dream of having help, especially with the preparation of my larger canvases. 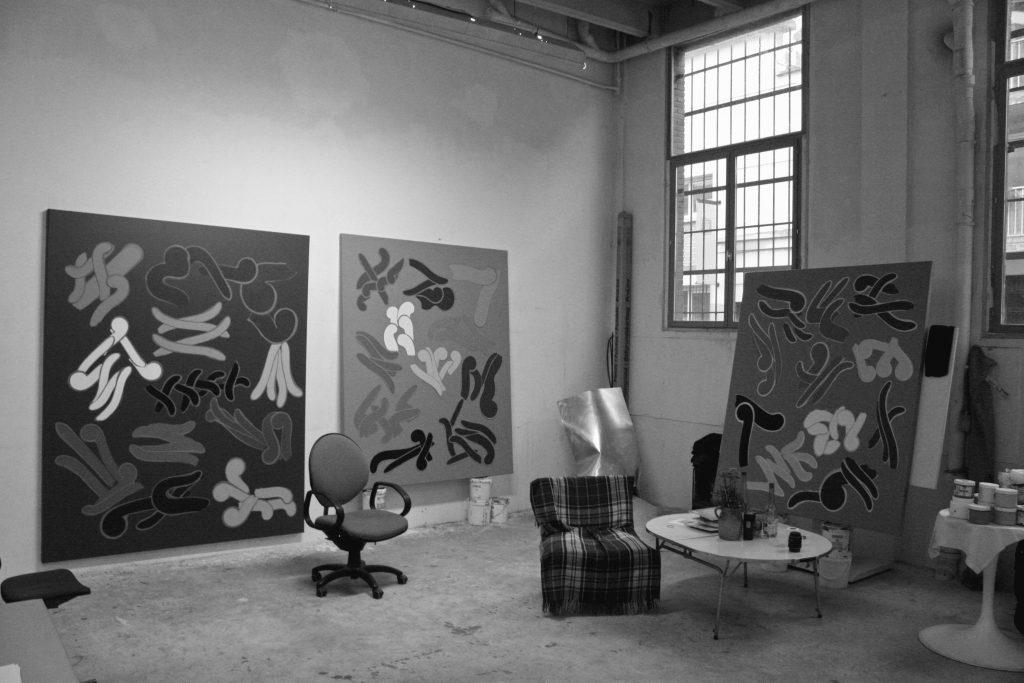 I have been in constant pursuit of the ‘tableau’ for over 40 years. When I think of my next work, it should show an essential difference with all the (approximately 400) paintings that precede it.

That depends on my mood. I feel no obligation to effectiveness. 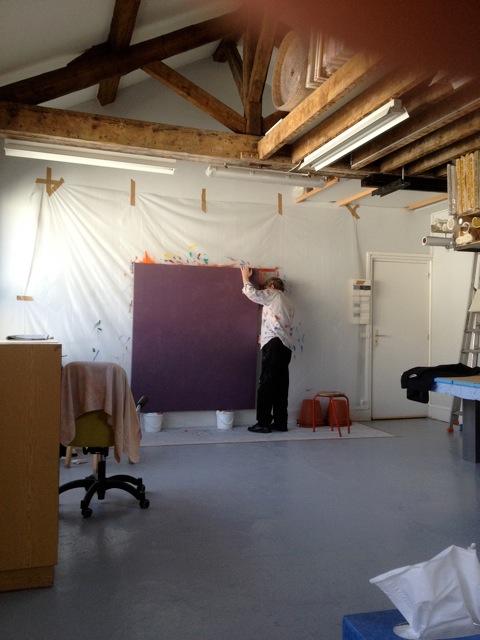 When I apply the modelling paste, I think of classical painters, especially from the 17th century, but also of Edouard Manet and Vincent van Gogh, as I like to be able to differentiate each layer of material so the colors can resonate “sans souci.”

What do you like to do after you leave the studio at the end of the day?

I go home to be with my wife.