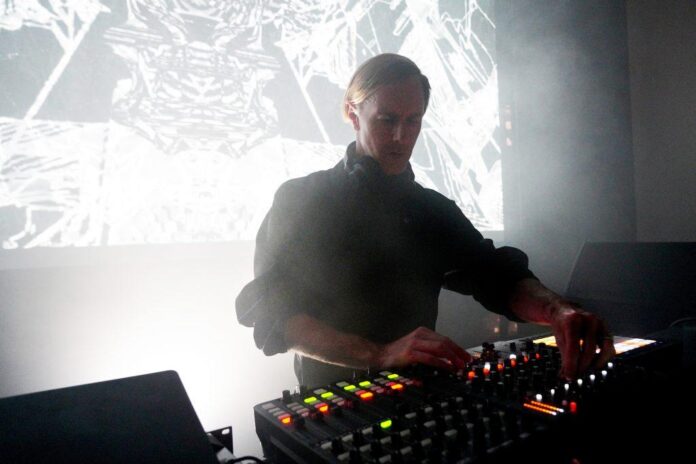 On Thursday morning, the DJ, electronic music producer, and minimal techno pioneer Richie Hawtin was sitting in the arctic-cold, air-conditioned lobby of the Miami Edition, the unofficial headquarters of much of the fashion and design crowd who descended on Art Basel in Miami Beach last week. Later that evening, at the 43,000 square foot OMA-designed Faena Forum was Prada Extends Miami, the brand’s multimedia music event that Hawtin curated and was headlining.

Hawtin is British/Canadian, but you can tell by his severe, architectural haircut that he’s lived in Berlin for almost 20 years. His black jeans and Prada waist bag were paired with a Plastikman “Krakpot” T-shirt. The 1993 single from Hawtin’s frequent techno alias is a good place to start to get his vibe. “Spastik” and the album are benchmarks of the genre, and the Plastikman blob logo is as iconic in techno circles as Prada’s triangle, and has launched thousands of raver tattoos. 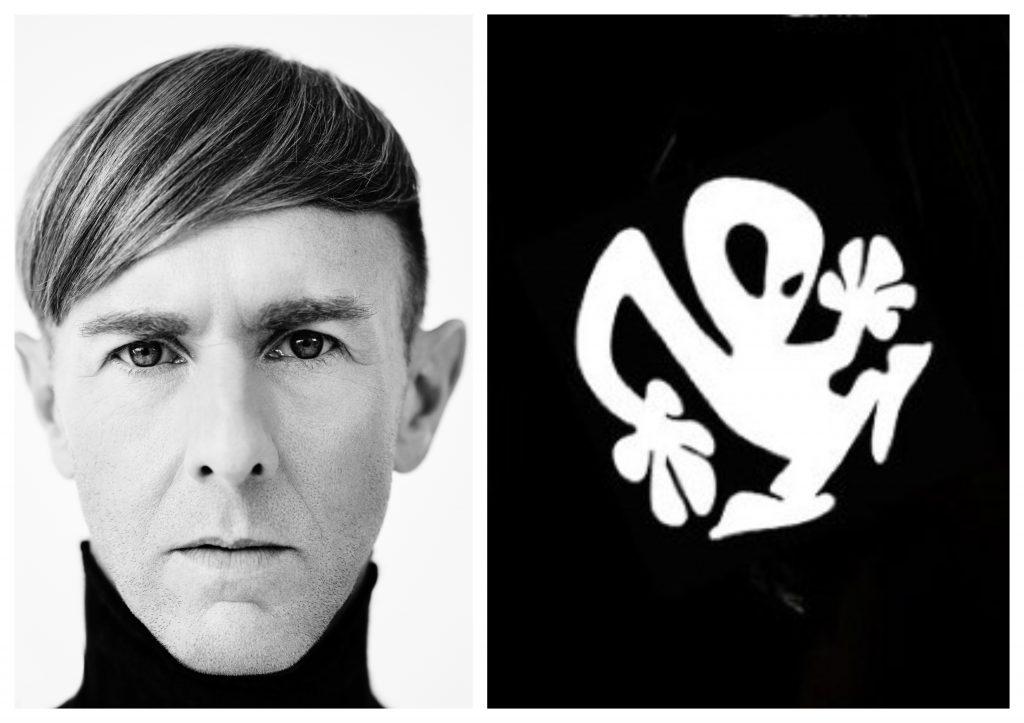 “I go through different phases for the Plastikman project and logo and feeling,” Hawtin says. “It’s just go with the natural flow of what feels right, and what’s inside that needs to come out, and in which way. Sometimes that’s what you see is what you get, Richie Hawtin DJing, and other times it’s more cerebral and you go into that weird character part of my psyche.”

Hawtin is a longtime compatriot and frequent collaborator of Raf Simons, Prada’s co-creative director alongside Miuccia Prada. Hawtin and Simons met around 1996 at a techno club in Ghent, Belgium where Hawtin was playing a six-hour set. Simons made the unexpected announcement last month that he was shuttering his own namesake brand after 27 years, so his Prada tenure is apparently for the long haul. 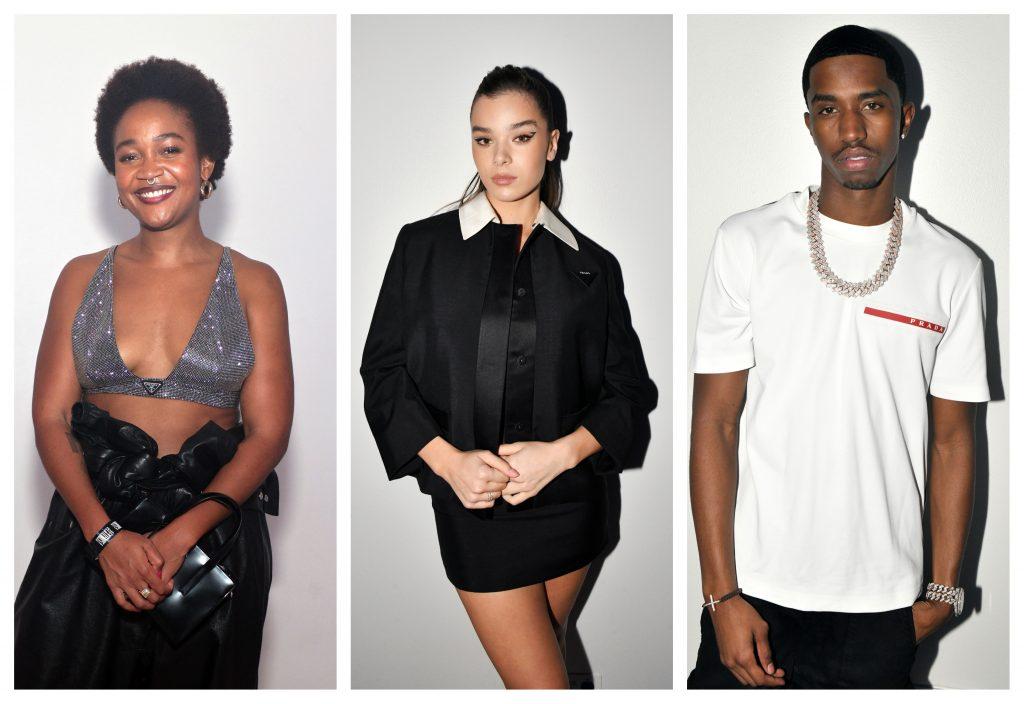 “There was a guy sitting behind me who didn’t say anything or introduce himself,” Hawtin recalls. “He just sat there engulfed in the music. That was my first connection to Raf and we stayed in contact and would cross paths sometimes. At one point in the 2000s, he invited me to do an event with him and we collaborated. You always knew he was calling you out of respect. It was never some kind of marketing scheme. It was always real, you know?”

Subcultural alliteration is clearly apparent in his work, but it’s refreshing to hear a first-person tale of Simons in the techno trenches. “Oh, yeah, he’s a secret raver at heart,” Hawtin maintains. The DJ has produced five runway soundtracks for Prada, starting with the Spring 2021 Womenswear show. They could all work as club bangers. The latest, “TripTideThud,” was for the men’s SS 22 show. But his Prada affiliation began long before that, ironically blooming in Miami.

A view of atmosphere at Prada Extends Miami 2022 at the Faena Forum on December 01, 2022 in Miami Beach, Florida. (Photo by Romain Maurice/Getty Images for Prada)

Prada has never been more present in nightclubs (especially the colorful tech-leaning Prada Sport shades at after-hours). Hawtin was ahead of the curve. “My first actual press shots as Plastikman were in Prada,” Hawtin recalls. “That’s what I was buying and I felt that that was kind of giving me this super minimal aesthetic that I needed to present myself as Plastikman. That was my uniform.”

“We used to come down to Miami in the 90s to the Winter Music Conference,” Hawtin remembers. The Winter Music Conference is an ongoing annual event, but it was a much different beast during that period, and it the vibe of an early Art Basel, but for the international underground dance scene. Everyone in the music industry descended for the week (and got real decadent). “We would party and then go on a pilgrimage to Bal Harbour because they had an incredible Prada store there.” 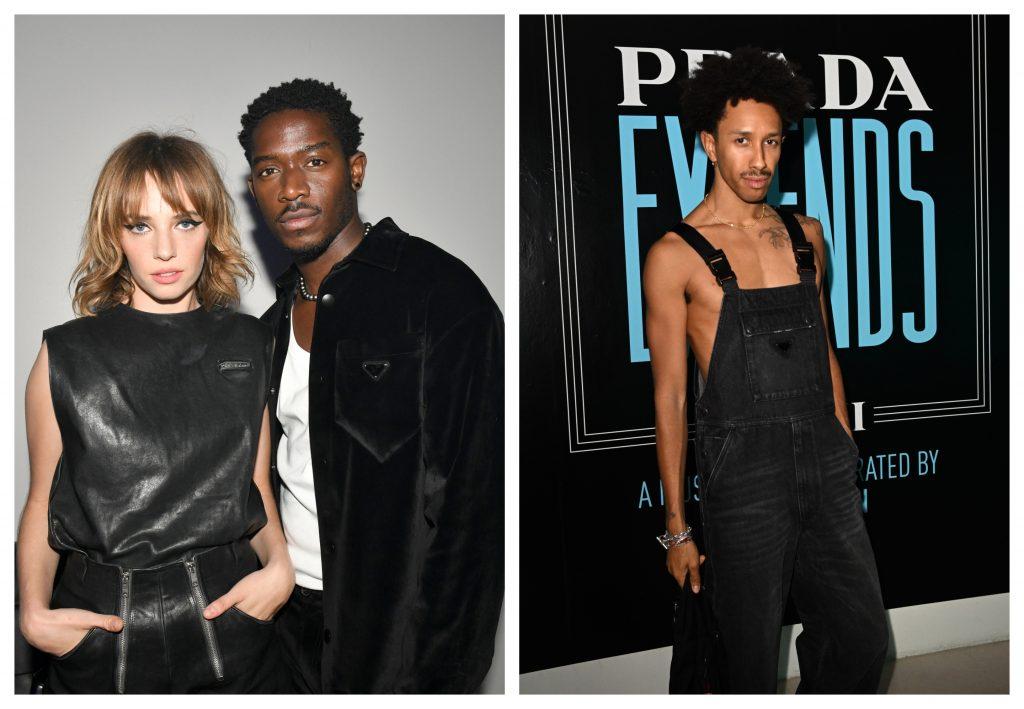 Flash forward to 2022, for the third installment of the invite-only Prada Extends. The program debuted in 2021 at the Tanks at Tate Modern in London, followed by a Tokyo outing this past July. In a release, Prada stated: “DJs and visual artists are challenged to create site-specific physical interactions to connect concepts, aesthetics, and humanity—to extend Prada’s distinct identity into new spheres, to ignite diverse and dynamic cultural conversation.” This boils down to, Prada aims to make fashion parties more fun and arty, and the music should be as cool as the clothing (which is often not the case with brand soundtracks). 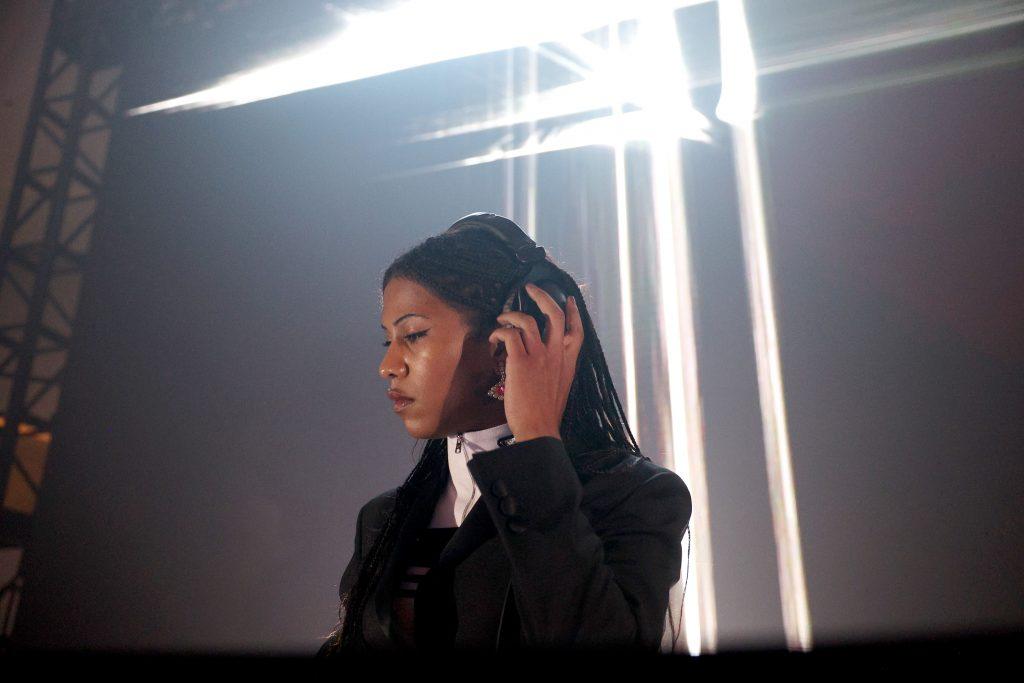 The lineup was as broad as the audience. “The dance floor is an incubator,” Hawtin says. “You put a bunch of disparate people on the dancefloor, and frequencies and music start to unite them. And relationships, friendships, ideas, all come out of that. The most magical, explosive emotions are once again happening on the dance floor. That’s what we’re dialing into. That’s what we love.”

He continues: “There’s a lot of thought into the detail of the aesthetics of sound and image. So we want people to find a beautiful place on the dance floor and have a great experience. We want it to be warm, we want it to be inviting.” The cozy techno comfort of Prada.