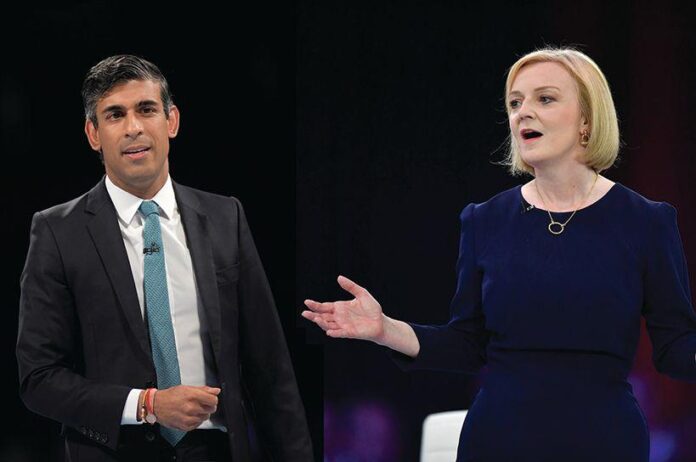 Anyone in the culture world will have been charting the progression of the word “woke”, from a term of approval, defined by the Oxford Dictionary in 2017 as “woke, adjective: Originally: well-informed, up-to-date. Now chiefly: alert to racial or social discrimination and injustice”, to today’s term of ridicule and opprobrium aimed at the perceived hypersensitivity of the left. The successor to “politically correct”, the term has been reworked by the political right into a term of abuse: a weapon that can be thrust into the midst of a cultural interchange and instantly find its mark. Our institutions have largely failed to counter the blows; instead, too often they find themselves retreating behind a shield of committees and consultations. Sometimes they seem to have lost confidence in their own powers of leadership and decisive action. Many are beleaguered.

Now, the “war on woke” seems to be the only cultural policy that we can confidently expect from the new UK prime minister, and it is, as ever, proving successful in its own terms—that is, brilliantly undermining and divisive. “Woke” can now be casually defined as synonymous with “cancel culture” or dismissed as “modish nonsense”, allowing the right to lay claim to being the only defenders of free speech, true academic standards, and a nation’s heritage.

The latest battle lines are being formed around the National Trust (England, Wales and Northern Ireland). A campaign “forum” has urged people to join the National Trust so that they can vote in the next AGM against the Trust’s slide, among other things, into “wokeness”—a charge levelled largely in reaction to the Trust’s efforts to address links between its historic buildings, art and slavery. Restore Trust’s director, Zewditu Gebreyohanes, who has just been confirmed as a new trustee of the V&A, wrote a comment piece in the Telegraph (19 August) calling on members to rejoin the charity to “save it from wokery”. But, as Stewart Lee wryly responded in The Observer (21 August), “It seems bizarre that it is suddenly necessary for reasonable people, who probably only joined the National Trust because they like carrot cake and a firm hanging buttress… to make sure that they vote in the organisation’s 5 November AGM to prevent fun days out in historic locations becoming weaponised.”

Therefore, The Art Newspaper would like to make an initial plea to the next UK prime minister to abandon the culture-war rhetoric. “Woke” may now be useful in the world of Twitter insults and divisive politics, but it is counter-productive in a world where historical “truths” and canons should be thoughtfully challenged and refreshed, and where mutual understanding and respect, nuanced debate, imaginative and collaborative solutions, genuine inclusiveness, and, yes, freedom of speech on both sides of the political divide, really matter.